A baking journey through the Kingdom’s regions

Saudi Arabia is famous for its many types of freshly-baked bread whose names differ according to the areas and regions where they are served. Although the practice of passing down bakery knowledge from generation to generation is slowly becoming extinct, there are Saudis who are still skilled in preparing different types of traditional bread at home. In the past, breads of all kinds used to be prepared on charcoal and firewood; now they are prepared in specialist ovens. 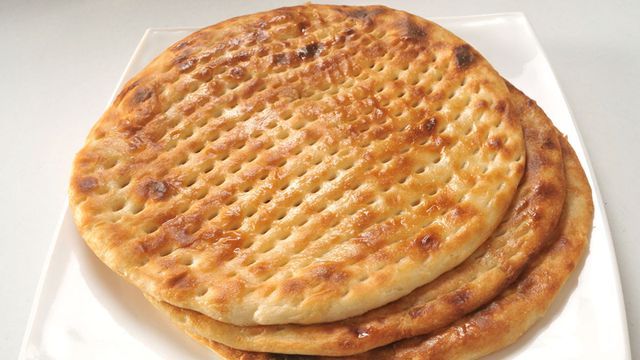 Tamees, known as Afghan bread, is one of the most famous and delicious types of Saudi bread famous in the Hijaz region. It contains simple ingredients and is easy to prepare at home. It is usually served with beans and sometimes stuffed with cheese.

Ingredients are four tablespoons of powdered milk, two teaspoons of yeast, six cups of flour, two tablespoons of sugar, one teaspoon of salt, half a cup of water and one tablespoon of sesame for garnish. The dough is prepared by mixing the dry ingredients well after sifting the flour and gradually adding water, then kneading the mixture until a coherent dough forms. Then the dough is covered and left to rest. After the dough is rolled, it is baked in a pre-heated oven until it becomes golden brown. 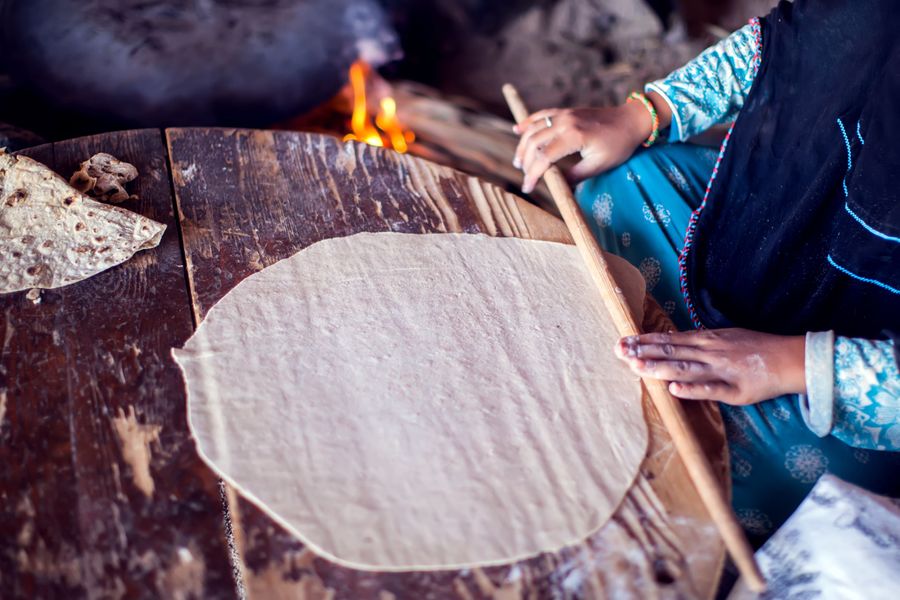 People of the northern region are famous for their Saj bread whose recipe they learned from their grandparents, It is usually eaten with tea, milk or gravy.

Saj bread is prepared from the best kinds of flour; salt, yeast and water are also added. Then it is kneaded well and left to ferment for a while before it is cooked in a kiln. 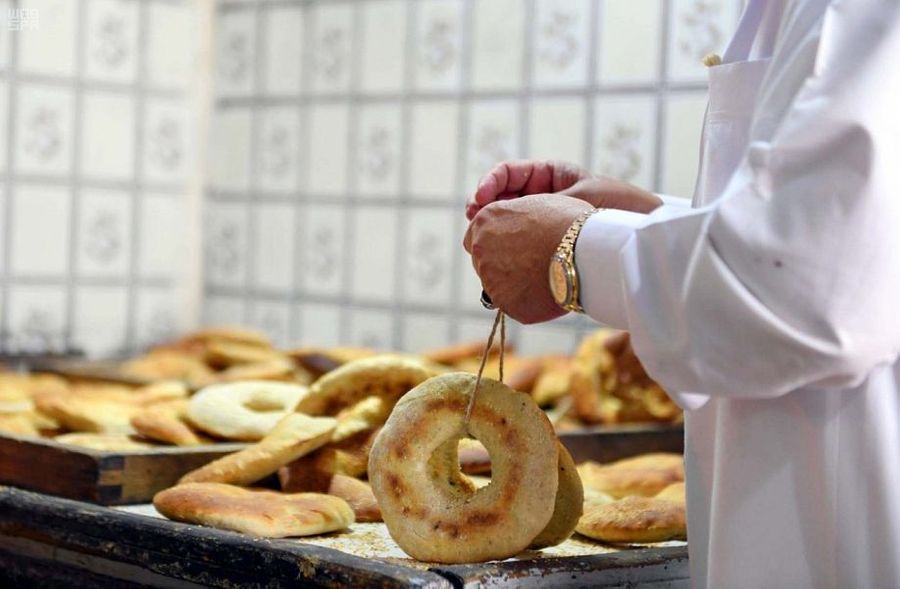 Madinah is famous for many types of bread, most notably Saj, Ta’tem Fatut, Samolee, white bread, breadsticks and many other kinds of breads that are usually served during Eid, weddings and festive occasions. Al-Shareek, however, is arguably the most iconic.

Making Al-Shareek requires a mixture of flour, milk and water garnished with sesame. Sometimes chickpeas, fennel, and anise are added for a distinct taste. It is then baked in the oven once the dough is kneaded into a circular shape. 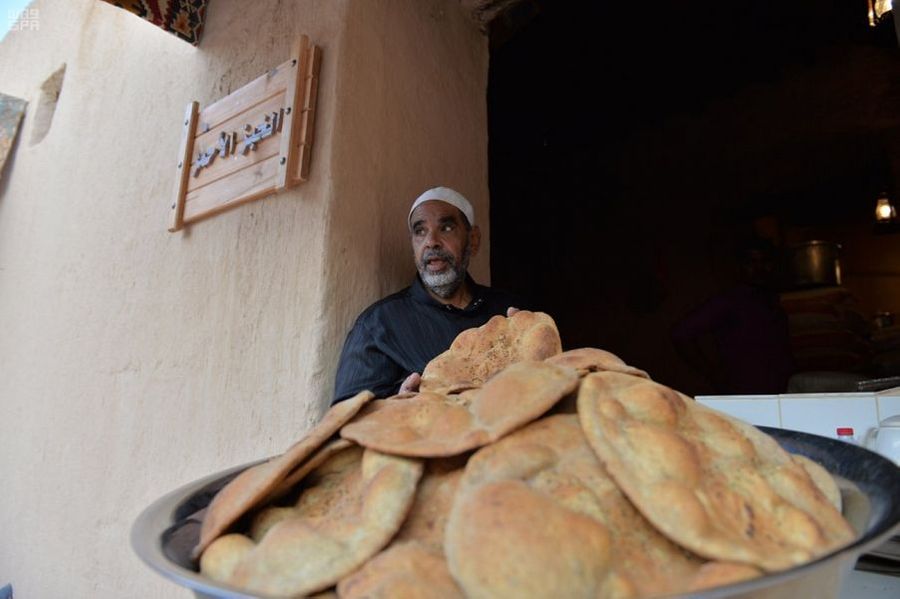 Red bread, also known as Al-Hasawi bread or date bread, is famous in Al-Ahsa. It is rich in protein.

The ingredients for Al-Hasawi consist of flour, dates, black seeds and sesame seeds. It usually takes a long time to prepare because it is important to soak the dates in water for a long time. The flour is then kneaded in the date-and-water mixture until a coherent dough is formed. Then it is rolled into small circles and left to stand before it is baked in the oven. 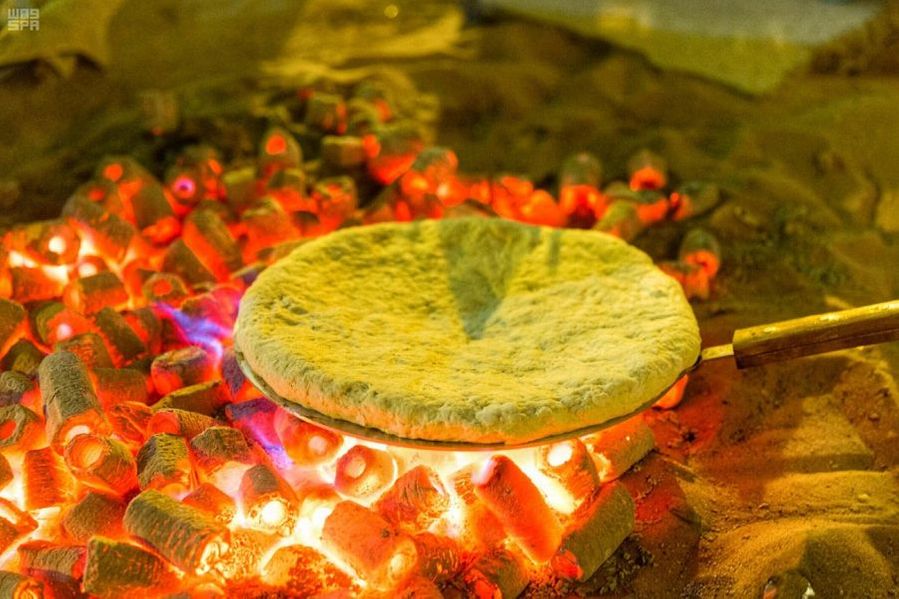 Al-Jouf region is famous for its Arboud bread, also called Al-Jamri. Considered highly nutritious, it is often eaten with milk, ghee, olive oil, or cheese, while those with a sweet tooth can have it with honey or dates.

Usually the dough is prepared by mixing the flour, salt and water gradually, then kneading well until the dough becomes stiff. Then it is placed over embers on both sides to dry, while ensuring it does not burn. The bread is then buried in hot sand for 15 minutes until fully cooked. However, tin and crockery are currently used instead of the old traditional method described above. 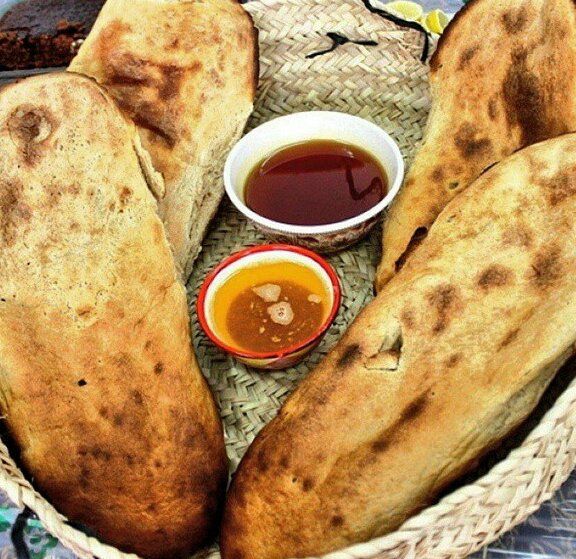 The southern region is famous for it special Fateer bread usually served with ghee, honey and milk, especially during breakfast. The dish is prepared with different types of flour. 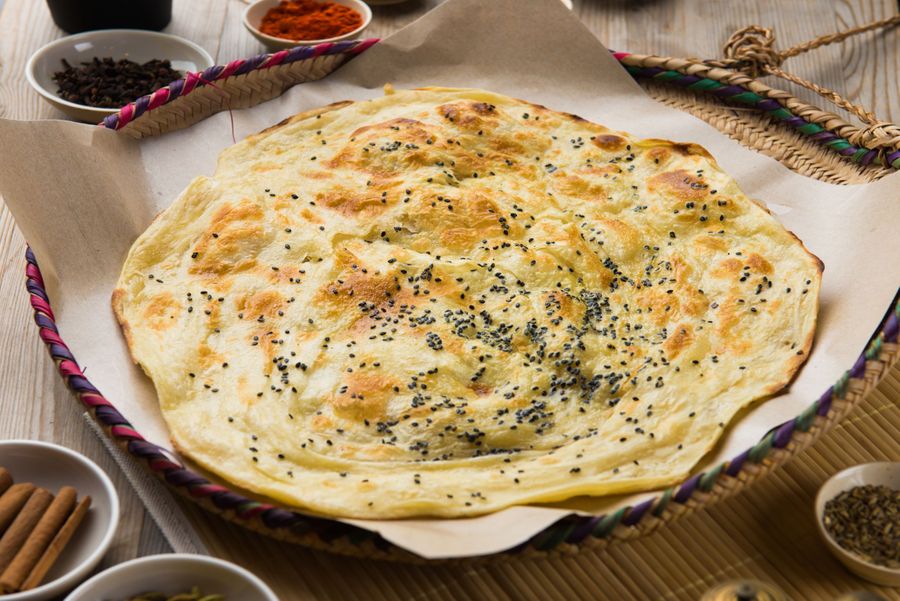 This region also has the well known Mulawah bead served with smashed fava beans. Women in the south also bake Al-Qors, which consists of baked dough in a round container, with the edges kneaded well by hand until it is firmly flattened over the fire.