Many traditional buildings in each region of the Kingdom, including houses, mosques and forts that enjoy a rich heritage, have been designed to withstand environmental factors through the materials and construction techniques used.

Al-Baha is no different, with sturdy natural materials typically used to construct the province’s old structures. Advanced engineering was also utilized – for example, houses in historical neighborhoods were built close to each other with narrow roads as a way of offering them more protection from the harsh climate. 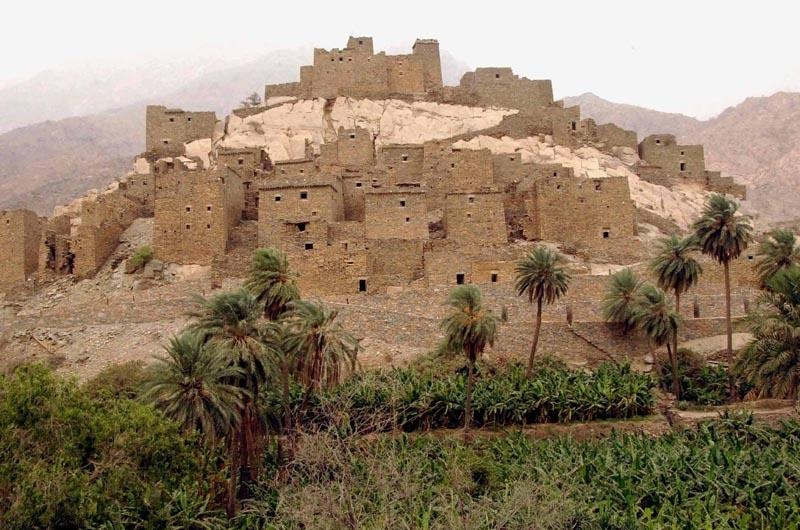 Traditional houses typically consist of two floors, with the bottom designated for livestock and fodder and the top for living purposes. Houses were decorated with quartz stones and inscriptions carved on the wooden doors. 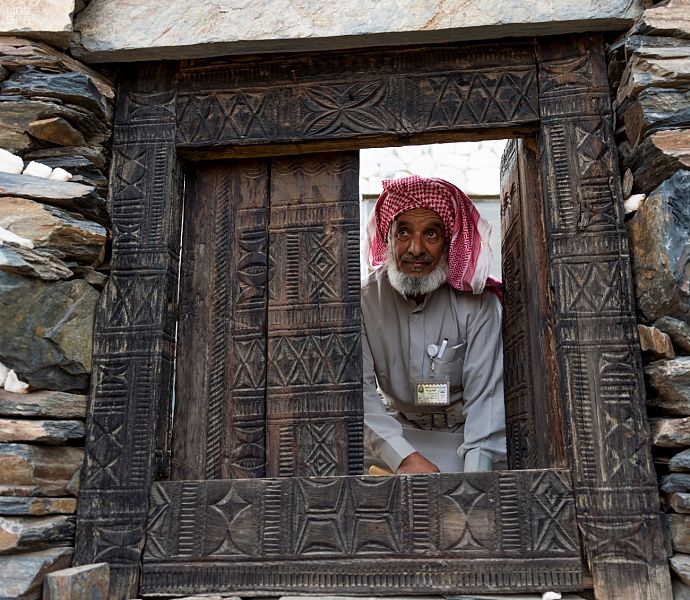 Residential buildings were designed to withstand environmental conditions, with the base constructed by initially digging the ground to a depth of 1.5 meters.

For a strong foundation, stones were then laid on top of each other and joined together using small pebbles and clay until the layers reached the surface. The building was finally completed with the placement of a large rock slab above the doors and windows.

Huge juniper trees were then cut into pillars and fitted inside the building as inner columns. 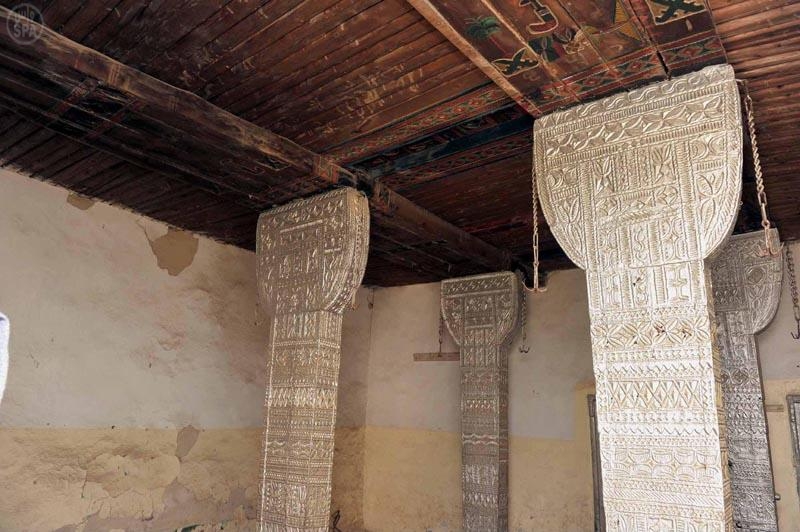 The roofing stage involved placing pieces of juniper wood that covered the entire top, with the different pieces joined together with a mixture of water and clay, ensuring there were no gaps.

After the mud dried up, a ventilation channel was built to allow smoke to escape during cooking. Then the gutter was made, through which rainwater could drain from the roof. Finally, the exterior of the house was decorated with finely carved doors and windows that incorporated beautiful geometric patterns.