For many Saudis, Ramadan is not only about fasting and respecting what is a holy month full of goodness and worship. There are many customs that are practiced, wholesome dishes that are eaten, family gatherings held that are full of joy. Locals also look forward to the boom of the cannon signifying the end of the fast (iftar). And then there is the loud call to eat the pre-dawn meal (suhur) and prepare for the day’s fast after the early morning Fajr prayer – this was the responsibility of the Al-Misahrati. 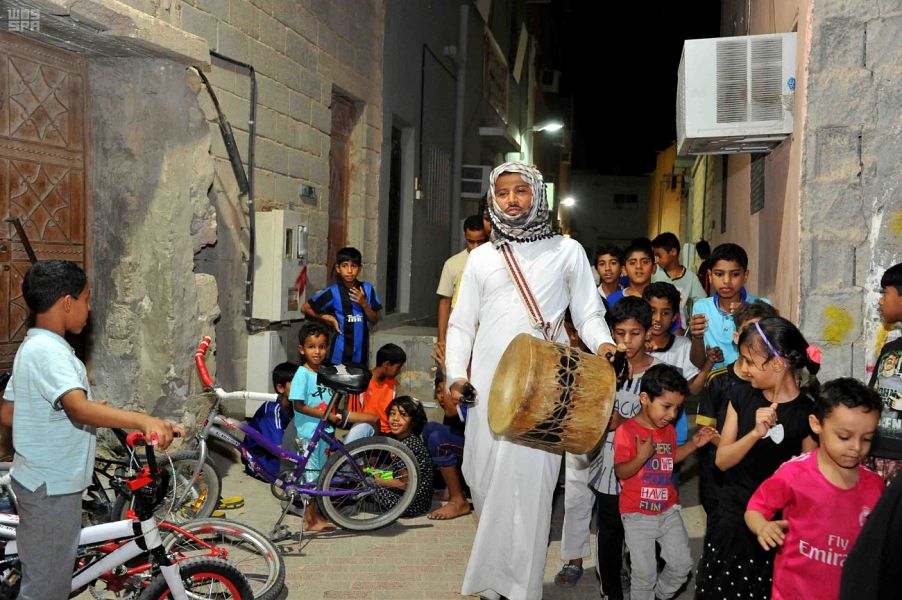 It is said that Bilal bin Rabah and Umm Kulthum’s son carried out the task of awakening people to eat their suhur meal during the first call to prayer (adhan), while the second adhan was for everyone to start fasting and attend Fajr prayer.

The first one to call for suhur was Anbsa Ibn Ishaq in 228 AH, while Egyptians were the first ones to wake people up using the sound of drums. Yemenis and Moroccans used to knock on people’s doors to wake up, while the people of the Levant would walk around the neighborhoods, play the drums and sing special Ramadan songs. 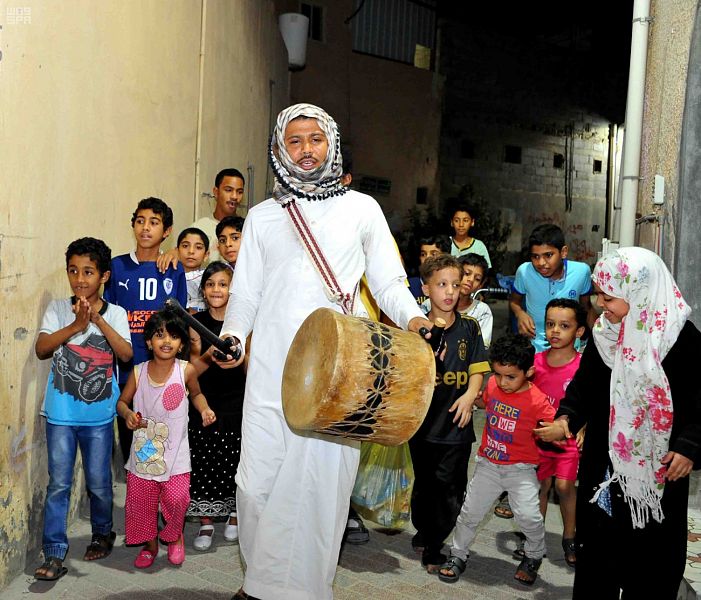 Al-Misharati were particularly prominent in Al-Ahsa, Makkah and Jeddah; each neighborhood had its own Al-Misahrati responsible for walking among houses, calling out to the homeowners by name or title, repeating religious chants and prayers, and praising children to encourage them to fast in a friendly and joyful manner. In honor of this old traditional custom, men would greet the Al-Misahrati from the window and ensure he was part of the Eid celebrations after the end of Ramadan.

With the modernization of society, the Al-Misaharati profession began to gradually disappear despite its status as one of the most important Ramadan customs, especially in Arab countries.

Instead, people started to rely on alarm clocks and smart devices and no longer needed someone to knock on their door or call loudly to wake them up for suhur.