Historically, traditional crafts have been an important source for earning a living and adapting to varying conditions in the Kingdom. One such art is Al-Shamla, which involves weaving cotton and wool threads. This ancient craft, still practiced today, is characterized by the use of geometric shapes, bright colors, and aesthetic decorations. 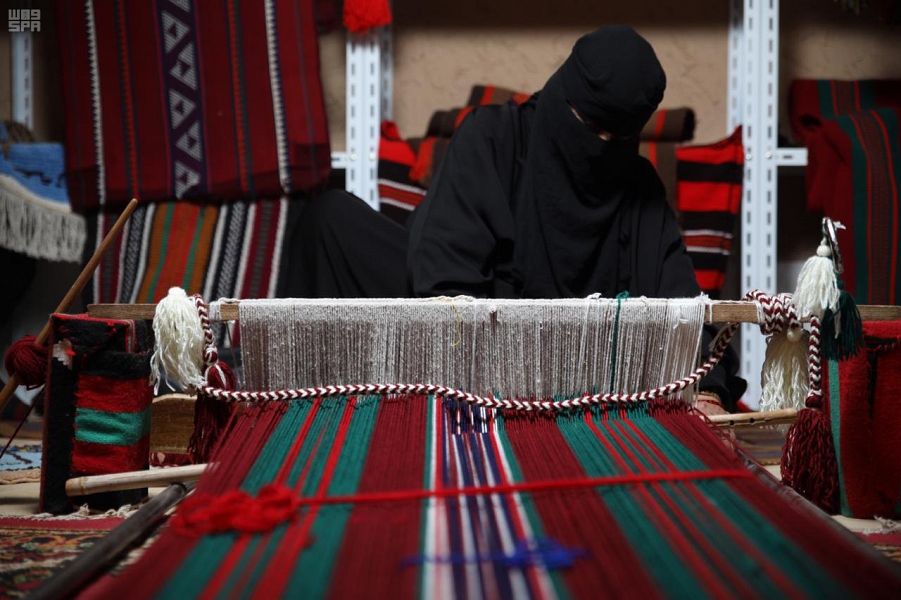 The first stage of weaving begins by cutting the sheep's fur, washing it and picking it apart with a specialized machine. 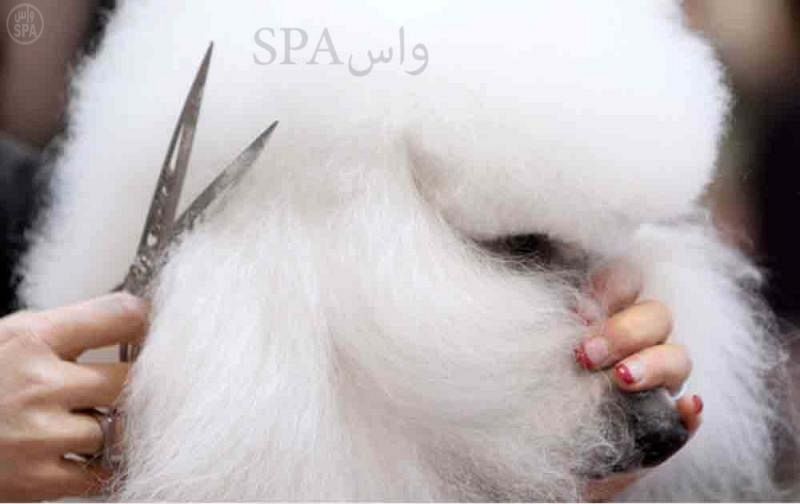 The second stage involves spinning the fur. The final stage is where the Al-Shamla threads are made from five balls of Dajah yarn, each four meters long. 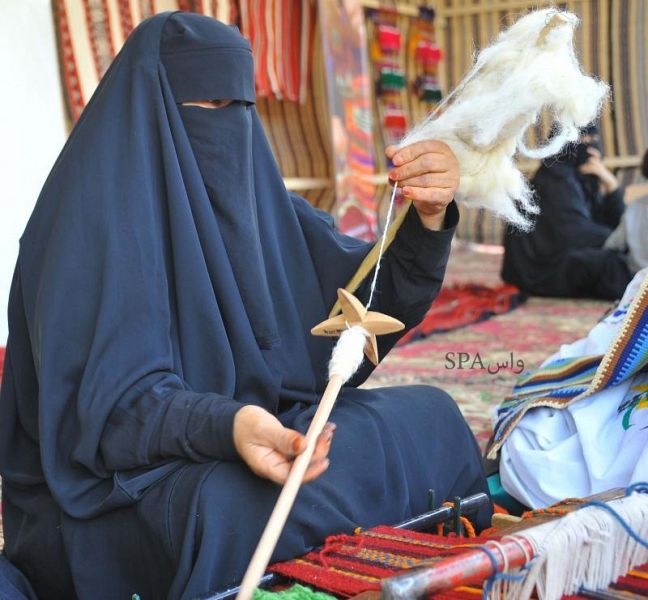 The threads are prepared in a room with four columns allowing the strings to be tied from an equivalent number of sides. 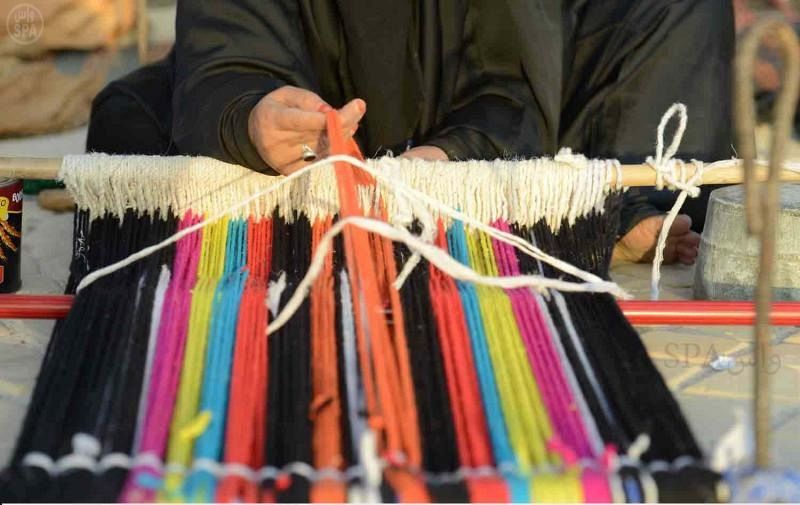 It takes 15 days to weave a single Al-Shamla, which is used to provide warmth in the cold winters and for home decoration. 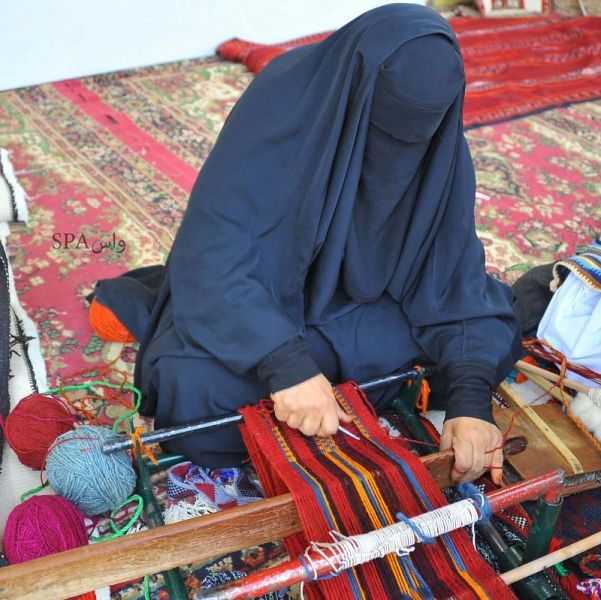 Al-Shamla is mostly woven in white, black, red, green and yellow colors with various geometric shapes embroidered in a proportionate way. Parallel horizontal lines and triangles are the most frequent shapes used in Al-Shamla craftsmanship. 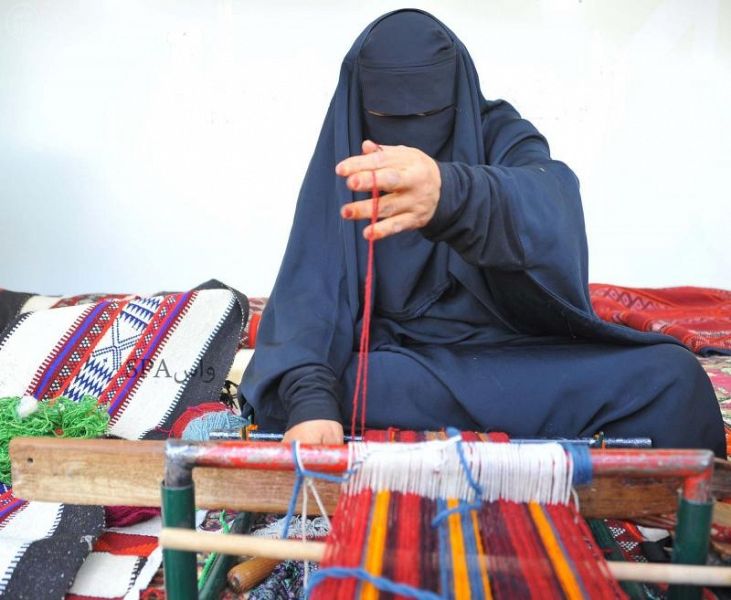