Despite the hardships pilgrims had to endure years ago while traveling on camels and horses, they were able to find security, safety and comfort in tailormade stations spread around the Kingdom. These destinations witnessed the adventures of pilgrims coming from the Levant, North Africa, Iraq and beyond, one of these important stations is Al Zurayb Castle. 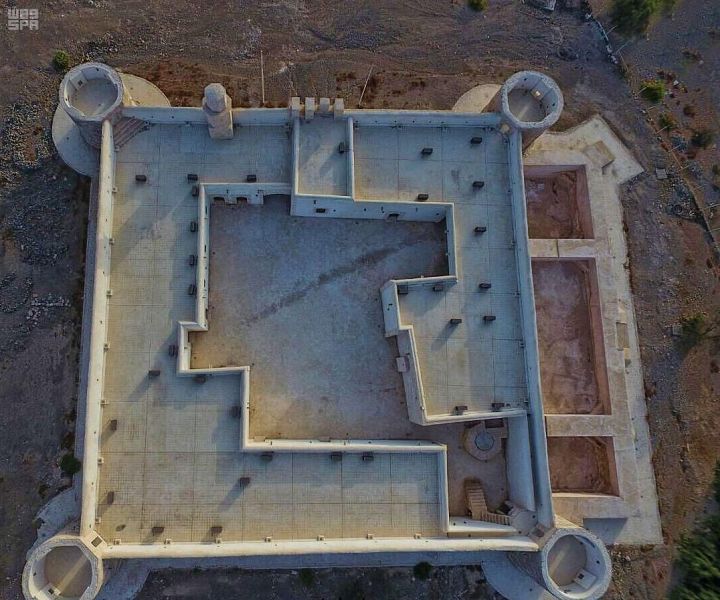 Al-Zurayb Castle served as one such stopping point. Located 10 kilometers east of Al-Wajh, it was built in 1617 during the era of Sultan Ahmed I  on the Egyptian pilgrimage route. The castle mainly served as a resting place for pilgrims traveling to Makkah and to protect them and their goods on their way to and from their Hajj journeys.The castle is considered one of the most important remaining archaeological sites in Tabuk. 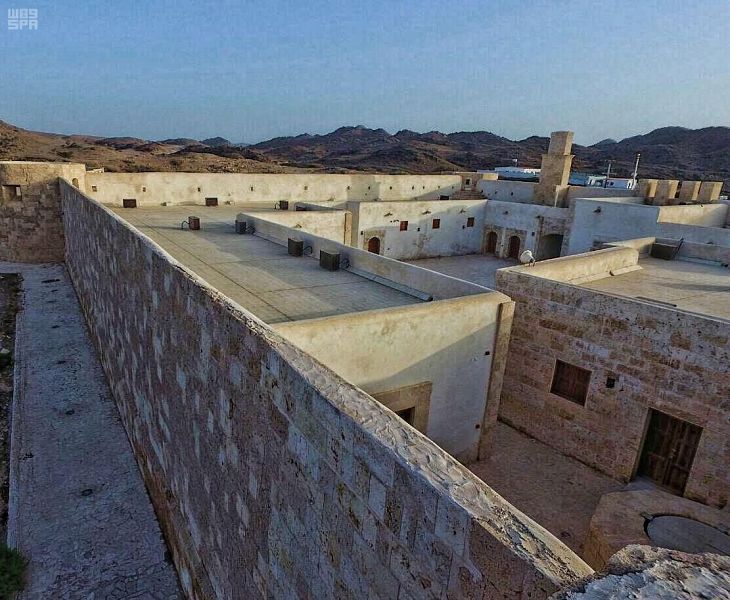 This rectangular castle surrounded by mountains is well supplied by groundwater sources. It has four towers flanking the courtyards for reconnaissance purposes. The castle also features a prayer area and residential units surrounded by wells and two reservoirs for water storage.

The main entrance built from yellow sandstone is located in the western corner of the castle where a founding inscription with the castle’s construction date can be found.

A cemetery is located to the east on a hillside and is believed to contain the tombs of soldiers who fought to protect the pilgrimage route.The building was recently renovated using the same materials to preserve the original exterior appearance. 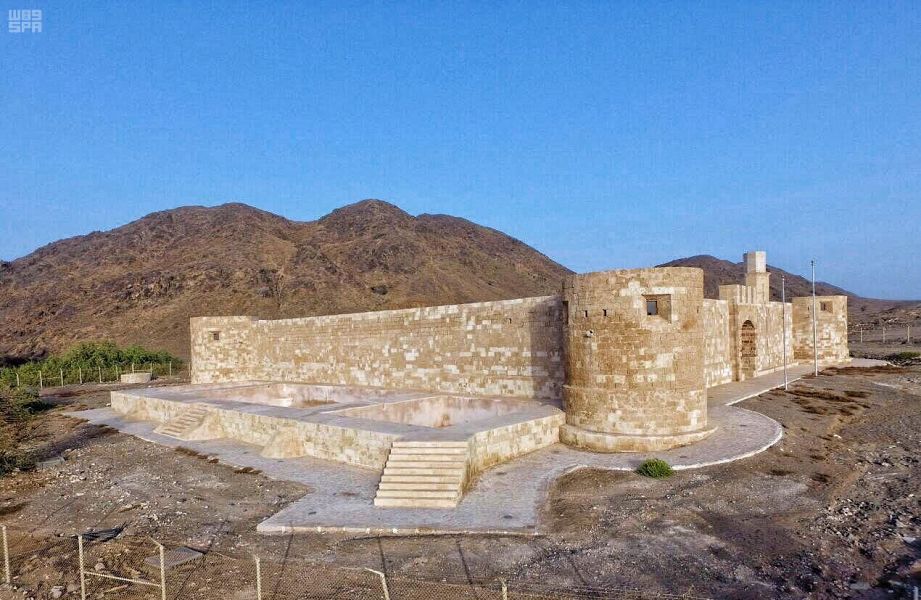 The castle has been mentioned in the books of Muslim and Western travelers such as Muhammad Sadiq Pasha in “The Pilgrimage Trip”, written in 1297 AH. Ibrahim Pasha cites the location in “The Hijaz Trip”, published in 1327 AH. Other notable explorers who have visited the castle include St John Philby.