An exciting journey to Tabuk

After seeing so many posts about Tabuk and in particular the NEOM region, we knew we had to go and see the place for ourselves. The journey there from Jeddah took 10 hours, but we made regular stops along the way. It was interesting to see how the landscape changed as we moved northwards. The temperature also dropped and became fresher – a welcome change from the warm Jeddah climate. 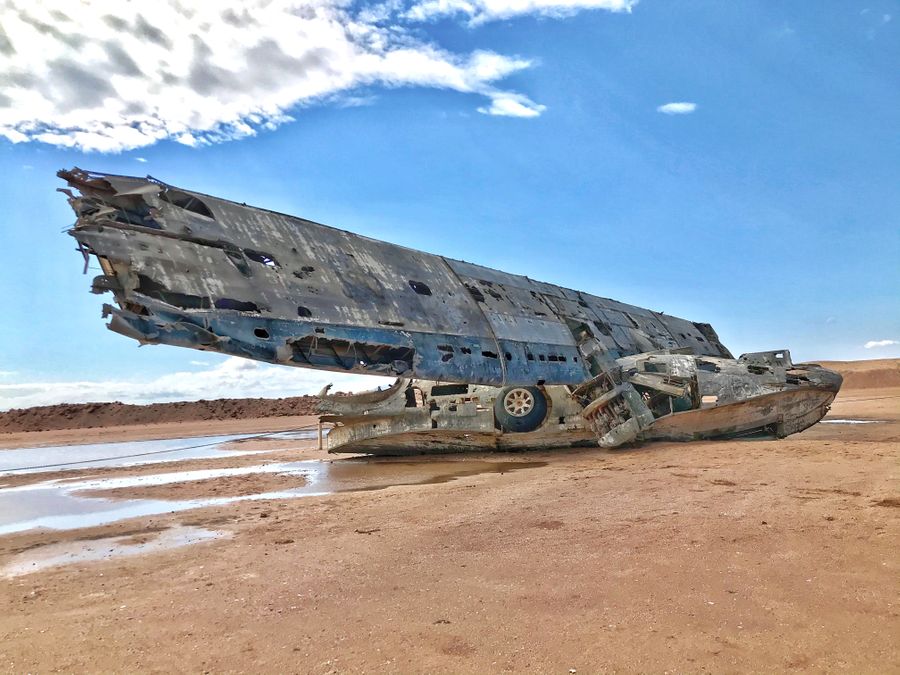 The first place we visited was the wreckage of the Catalina seaplane. Located right on the tip of the northwestern Saudi Arabian mainland, it is accessed from a very long straight road that really does make you feel like you are driving to the ends of the Earth. The wreckage itself has a large sand bund (mound) built around it, but there’s a gap where you can walk through. It’s an exposed spot, and you can see right across the Gulf of Aqaba to Egypt. Yes, you really are that close.

The seaplane has been there since 1960; an ex-military plane, it was bought by a rich American businessman who converted it into a luxury flying yacht to travel the world with his family. The NEOM information board tells how they were stopped by the Saudi guard for lacking the correct permits. The family returned home but the plane remains there to this day. As we looked at the plane, we tried to imagine what it would have been like back in 1960. What an adventure it would have been, to travel in such a craft. 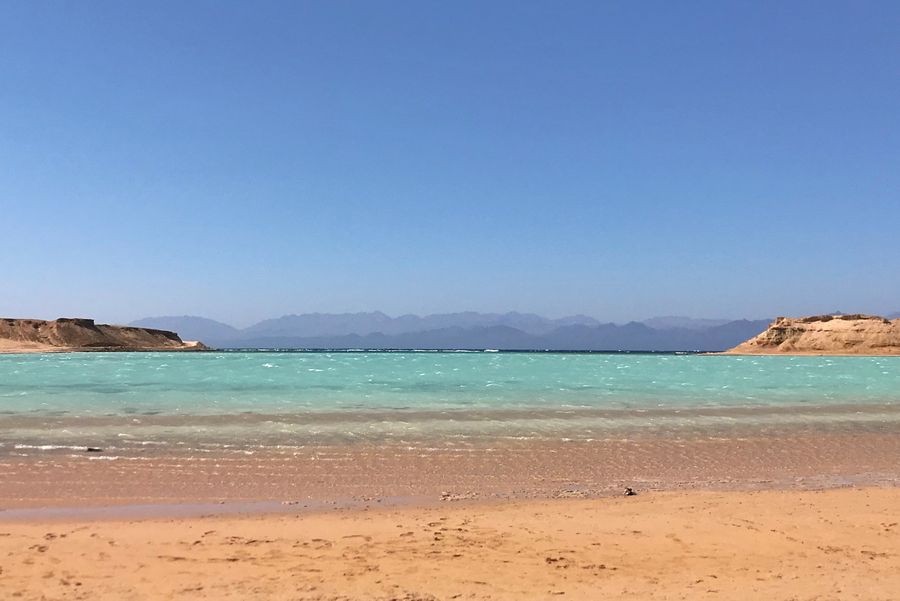 Onward along the coast, we passed stunning turquoise blue lagoons. The color of the water was sublime. The landscape consists of thrilling open flat expanses, then narrow sections through rocky areas. Eventually, after passing through the coastal oasis town of Magna, the scenery accompanying the road changed dramatically. High mountains on one side, the waters of the Gulf of Aqaba on the other. Mesmerizing! 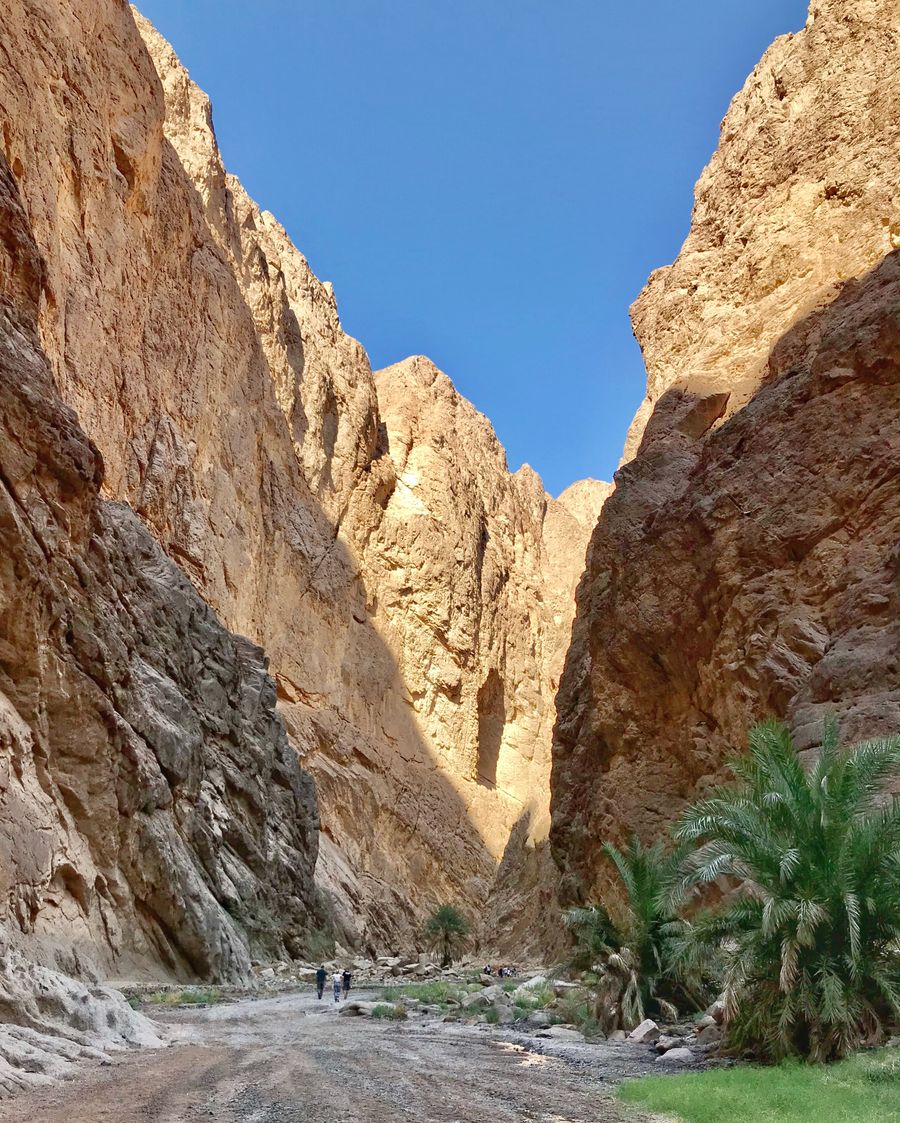 We headed to Wadi Tayeb Al Ism, a majestic 600-meter-high canyon where some believe the Prophet Musa (peace be upon him) landed after crossing the Red Sea from Egypt. It is breathtaking; the natural beauty of this place is enthralling. Inside it is calm, with just the gentle sound of trickling water running down the middle. We walked for a while, taking in the serenity of the place, before hitting the road again. There is no access along the coast road from here so it was back to Magna and onto a relatively little known Nabatean site. 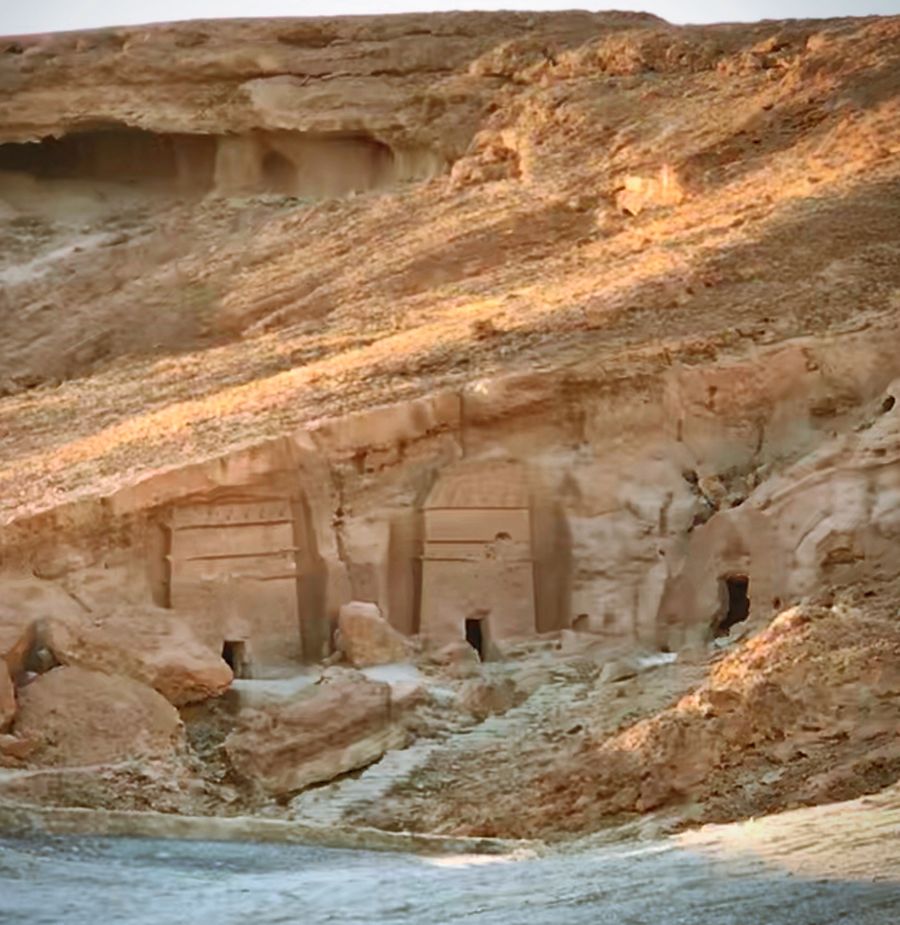 Whilst many people have heard of Madain Saleh, the UNESCO World Heritage Site of Nabatean tombs in Al-Ula, few have heard of its counterpart Al-Bad’a. It’s a small site, but very interesting as there’s so much variation. Some feature a very simple cave opening, while others are more formal with smart facades and carved shapes along the top. It was great to be able to walk inside them at our own pace. Our group weaved in and out fascinated by the different pits and openings. There are many steps up and down, and as the late afternoon sun started to dip down, beautiful shadows formed on the carved outlines. 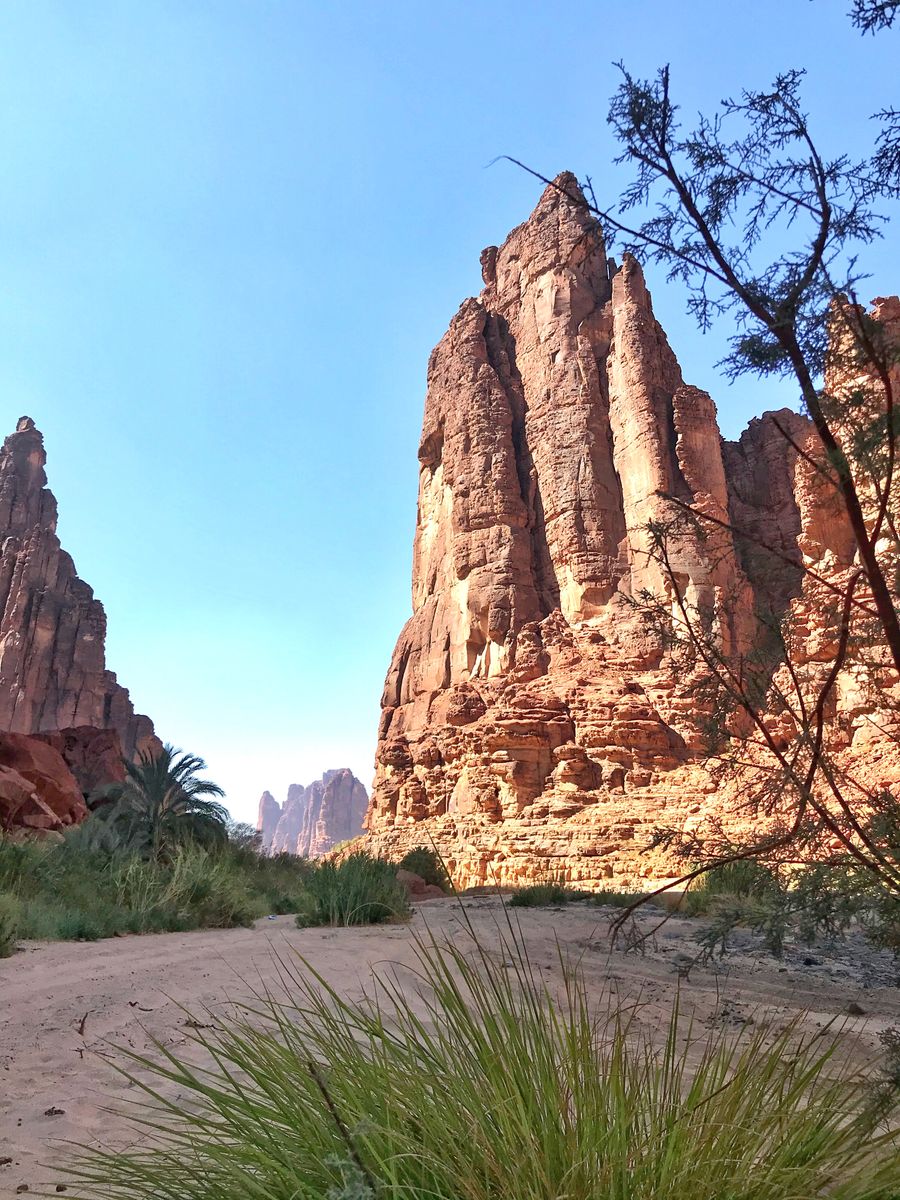 The next morning we had one last special place to visit along our journey south again - Wadi Al-Disah. A luscious valley surrounded by sandstone ridges, just beyond the town of the same name. We quickly found ourselves staring upwards at these magnificent red cliffs, with cool and refreshing water running through – it was the perfect last stop on our way home to Jeddah.