It is commonplace across the Kingdom to encounter Arabian camels, also known as the “desert ship”. A true symbol of a traditional nomadic lifestyle, the camel has shared an intimate historical and cultural connection with the inhabitants of the Arabian Peninsula since the ancient times. They are considered by their owners to be a lifelong companion, a source of livelihood, an important food source and means of transport. Camels have been mentioned in the Holy Qur’an as well as in the pre-Islamic texts. These beautiful animals have also been the subject of Saudi traditional poetry locally known as “Nabati”, recitations of which are also usually accompanied by the rebaba, a string instrument. 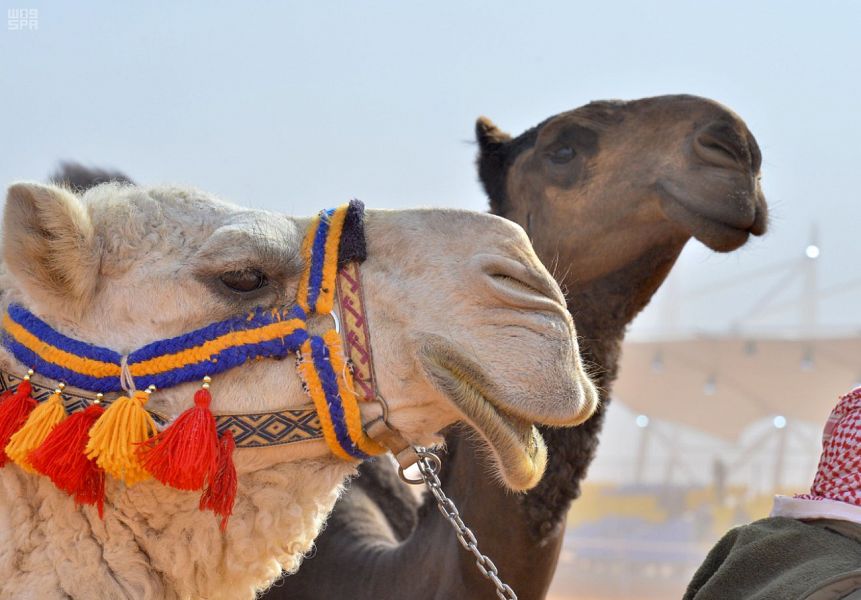 Because hospitality is inherent in Bedouin culture, tribesmen are keen to host guests by serving camel milk and meat as part of a luxurious feast. The Bedouin have many secrets related to camels that are rarely disclosed. Some use camel milk foam for skin care, urine for hair care, and others use the meat to prevent many diseases. 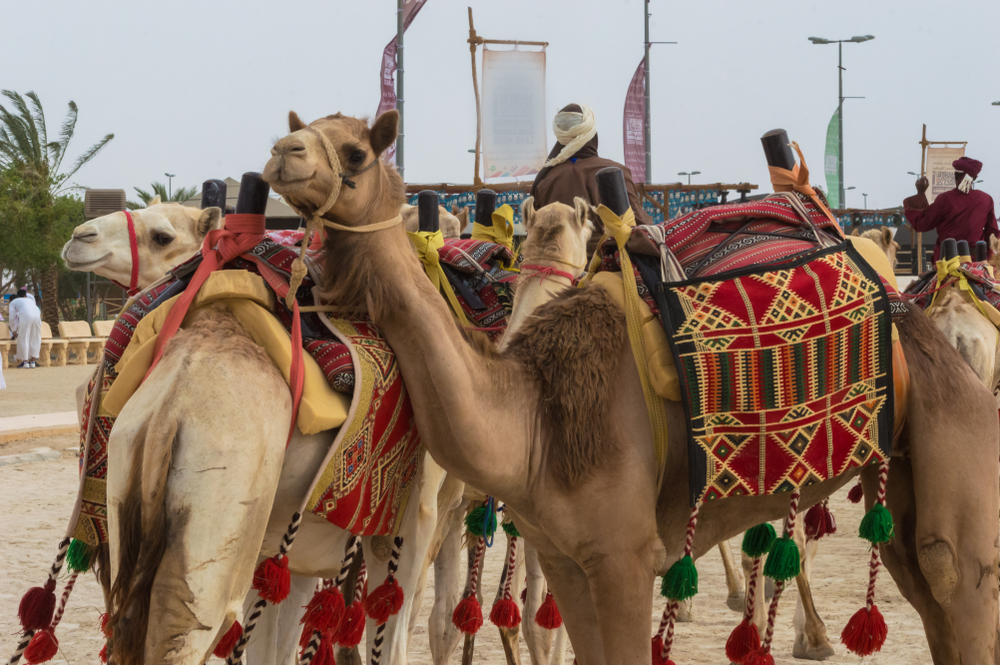 Some prominent camel behaviors recorded in books on Arabian heritage include the fact that these animals are renowned for their loyalty and strong memories that shepherds rely on in case they lose their way. It is also easy to tame camels because of their obedient and submissive nature. However, they can be aggressive and fierce if neglected by their shepherds, while they are known to be possessive over their females. Camels have a strong maternal instinct and may neglect themselves or stop eating out of sadness if they lose a calf. 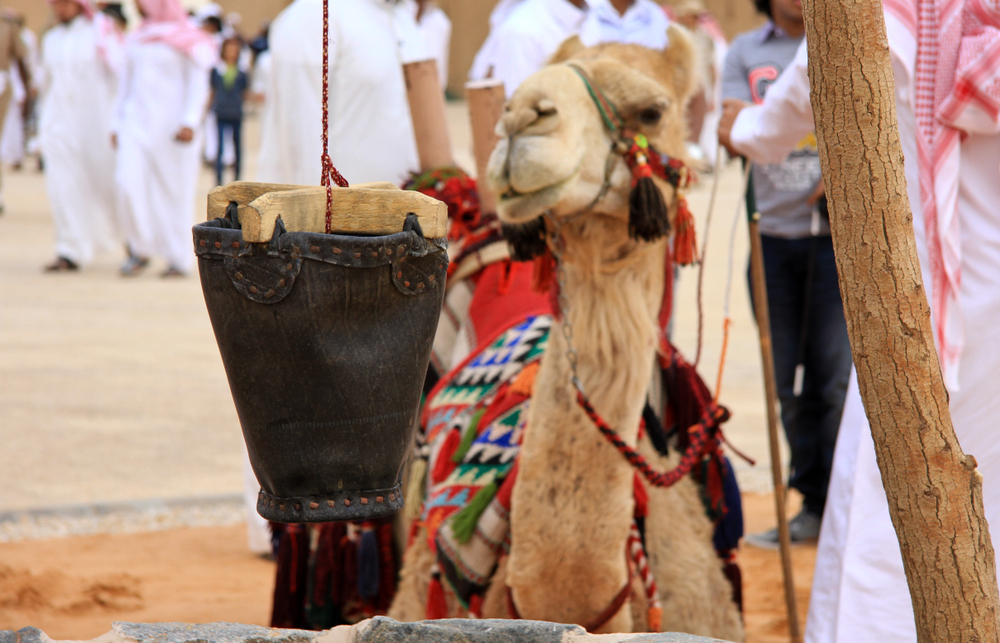 Some camels are deemed to have special qualities by their owners and sometimes entered into beauty pageants. Judges divide entrants according to their color and origin such as the light-colored “Al-Maghateer” and the larger dark-colored “Al-Majaheem”. To be considered for entry, camels’ must have certain physical characteristics such as full lips, big eyes, thin necks, long legs, curvaceous thighs, and symmetrical body. Other features that are taken into consideration include eyelash length and the shape of the nose, ears and hump. 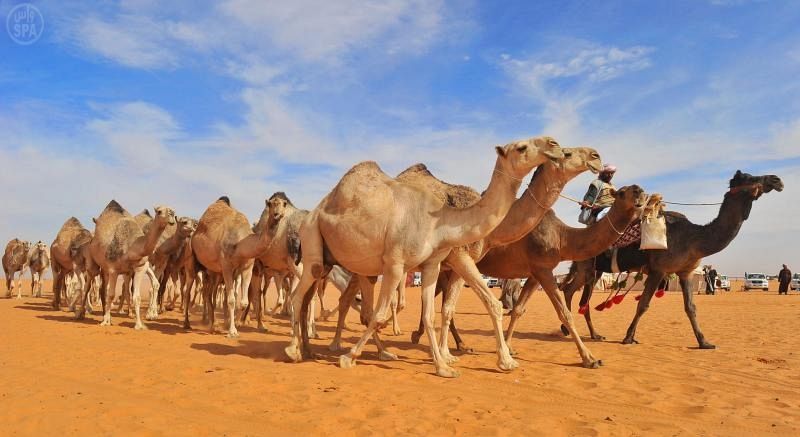 Due to the close association between camels and Saudi heritage, a Camel Club was established. The King Abdulaziz Camel Festival is also held annually to showcase an important part of Arabian identity and national heritage. Camel owners take part in camel beauty competitions known as “Mazayeen Al-Ebl” to win up to $100 million. Another important competition are races known as “Al-Hijn” that often attract large raucous crowds. 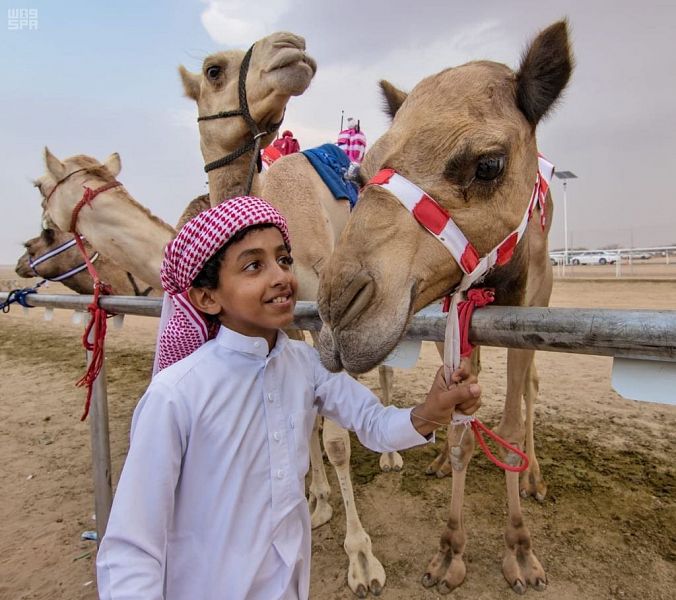 Camel owners and herdsmen have their own lexicon when it comes to these majestic animals, covering origin, gender, age, color and even the way they drink water. The most famous names for camels are “Al-Hejin”, “Al-Baeerand” and “Al-Fahel”. Camels that transport women and goods are called “Rakyeb”. Those that compete in beauty competitions are called “Asayel”. A young female camel is called “Bekra”, while an older one is known as a “Fater”.