Articles/Dakar Rally a step towards Vision 2030

Dakar Rally a step towards Vision 2030 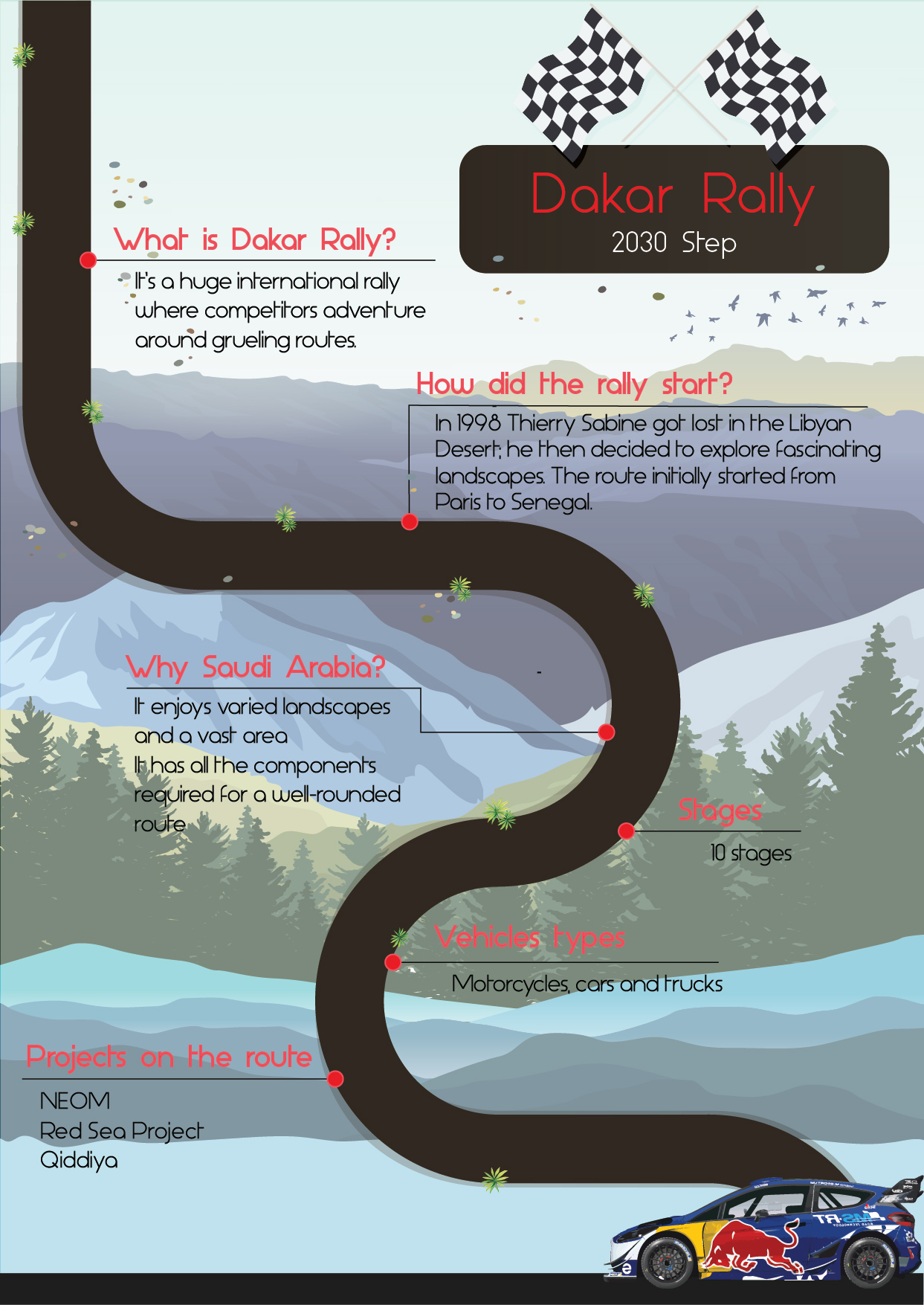 What is Dakar Rally?

How did the rally start?

In 1998 Thierry Sabine got lost in the Libyan Desert; he then decided to explore fascinating landscapes. The route initially started from Paris to Dakar and remained in Africa for 10 years.

2008 was not a good year for Dakar Rally lovers; the rally had to stop and was back and running in 2009.

In 2009 the Rally has moved to South American for its second edition and remained there for 10 years.

On the 25th of April 2019 GSA announced hosting the rally in Saudi Arabia for the coming 10 years starting from 2020.

It enjoys varied landscapes and a vast area

It has all the components required for a well-rounded route

Riyadh evokes the power of a kingdom resolutely turned towards the future, as exemplified by the Qiddiya project

Projects on the route