Get to know Historical Jeddah

Exploring the downtown Historical Jeddah area is an enjoyable experience, as Wafy recently discovered when we visited the location.

Al-Balad ‘Old Town’ is the historical area of Jeddah, the second largest city of Saudi Arabia. In 2014, UNESCO added Al Balad to its list of world heritage monuments. Its existence may date back to the era before Islam, it has also been turned into a port during Othman ibn Affan era. Some of the current buildings are 400 years old. Locals and tourists enjoy walking down the old alleys and admiring the remnants of old Hejaz, making it a favorite tourist attraction in the city, check our list of places to visit in the historical Jeddah and the old pilgrims path in the town. 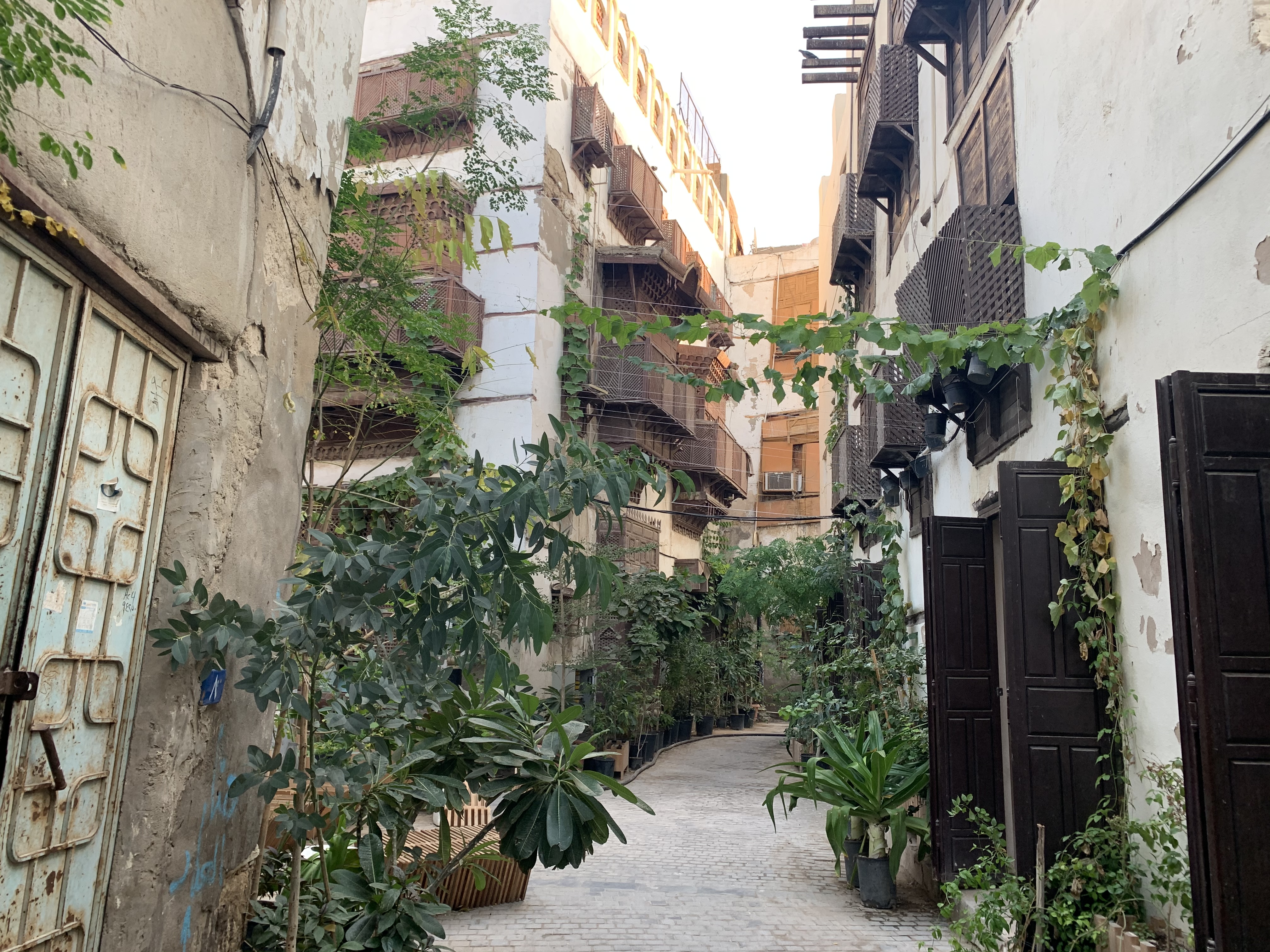 Tale of the old city

Located in the south, the old city is where Jeddah established its reputation as a commercial hub and became the Gate to Makkah. Al-Balad includes a number of heritage sites such as the Old Jeddah wall and its historical districts: including Al-Mazloom, Al-Sham, Al-Yemen and Al-Bahr. The Old Jeddah wall, which was initially built to fortify the city from attacks initiated by the Portuguese coming in from the Red Sea, was later torn down in the 1940s due to growing development. Built within these walls are different old gates including Bab Makkah, Bab Madinah, Bab Sharif, Bab Jadeed, Bab Al-Bint, Bab Magarba, Bab Yemen and Bab Nafa’a. 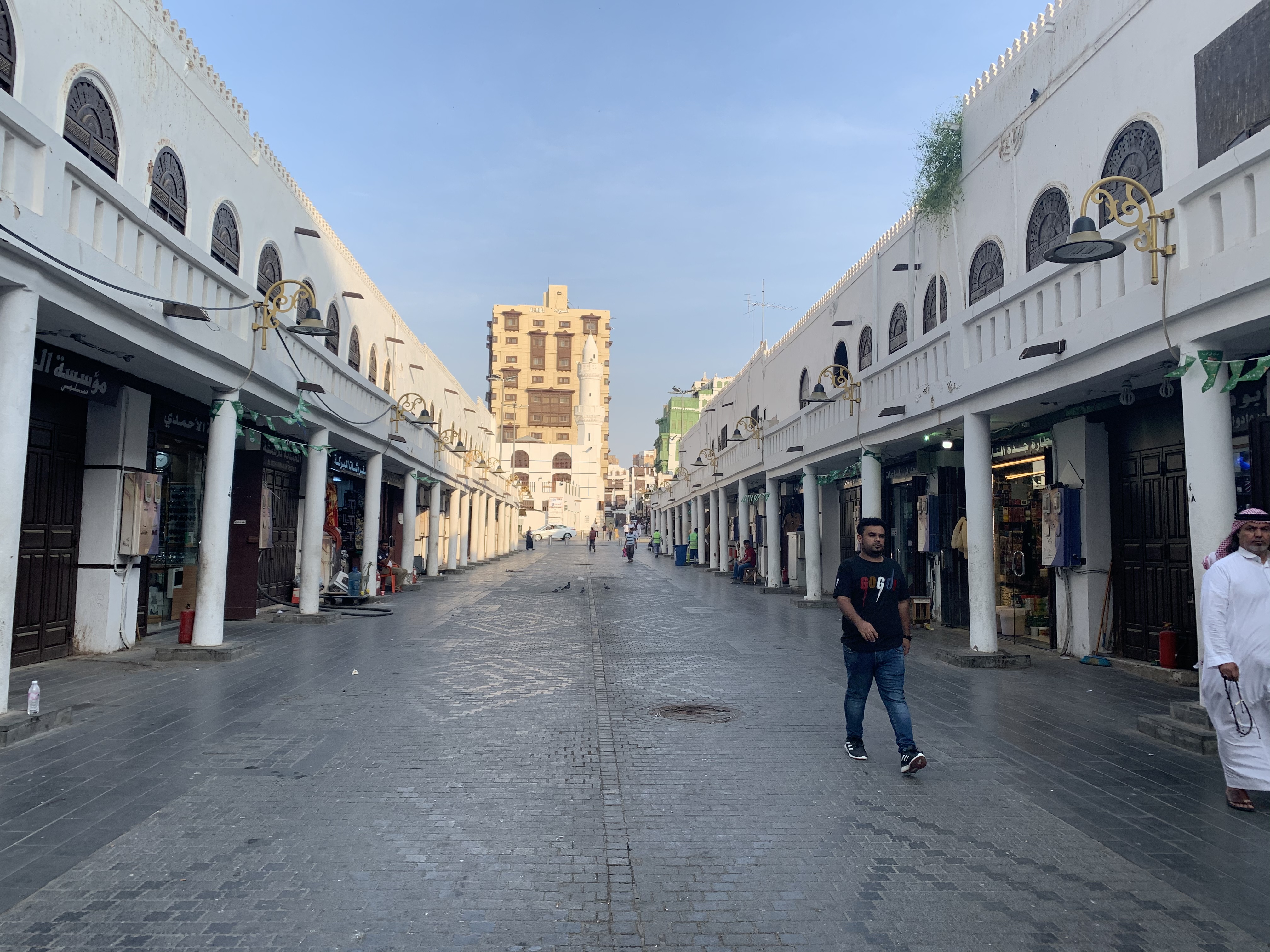 One notable location in Balad is Qabil Street, popular for its traditional buildings, stalls and authentic food. The area is characterized by its Hijazi architecture and was the initial trading hub in the city since 1940. The street still attracts many who visit the numerous currency exchange offices before going shopping. This major street is named after the Qabil family. Back in the early 1920s Sulaiman Qabil bought the street from Sharif Ali ibn Al-Husain, built a roof over its small shops and introduced lighting for the first time. These improvements in infrastructure attracted many vendors and traders looking to rent small shops. 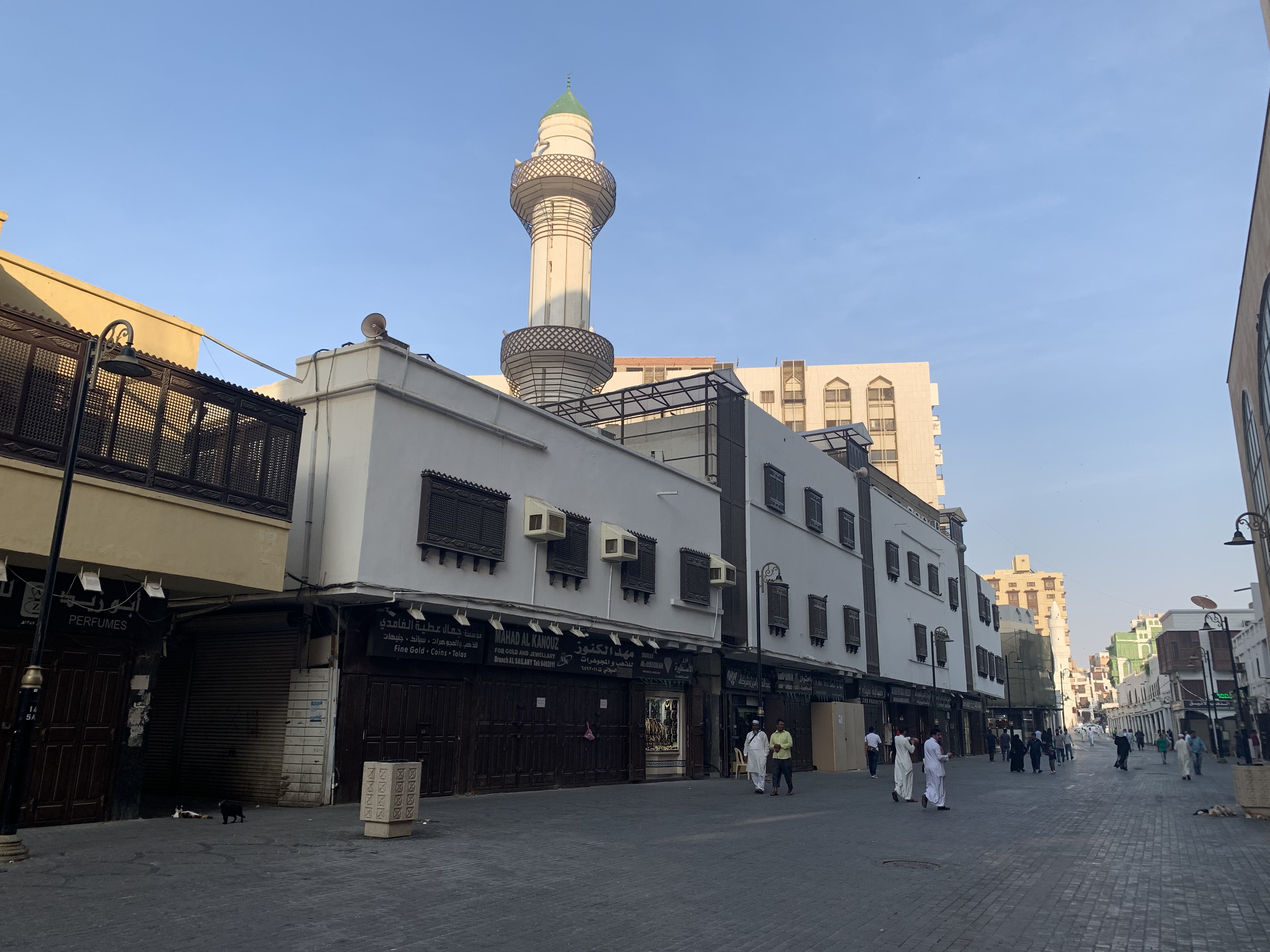 One of the many outstanding buildings in Qabil Street is the Akash mosque, which was built over 230 years ago. The mosque is named after Akash Abaza, who renovated it and famously created five doors made from walnut wood that is capable of lasting for a long time. 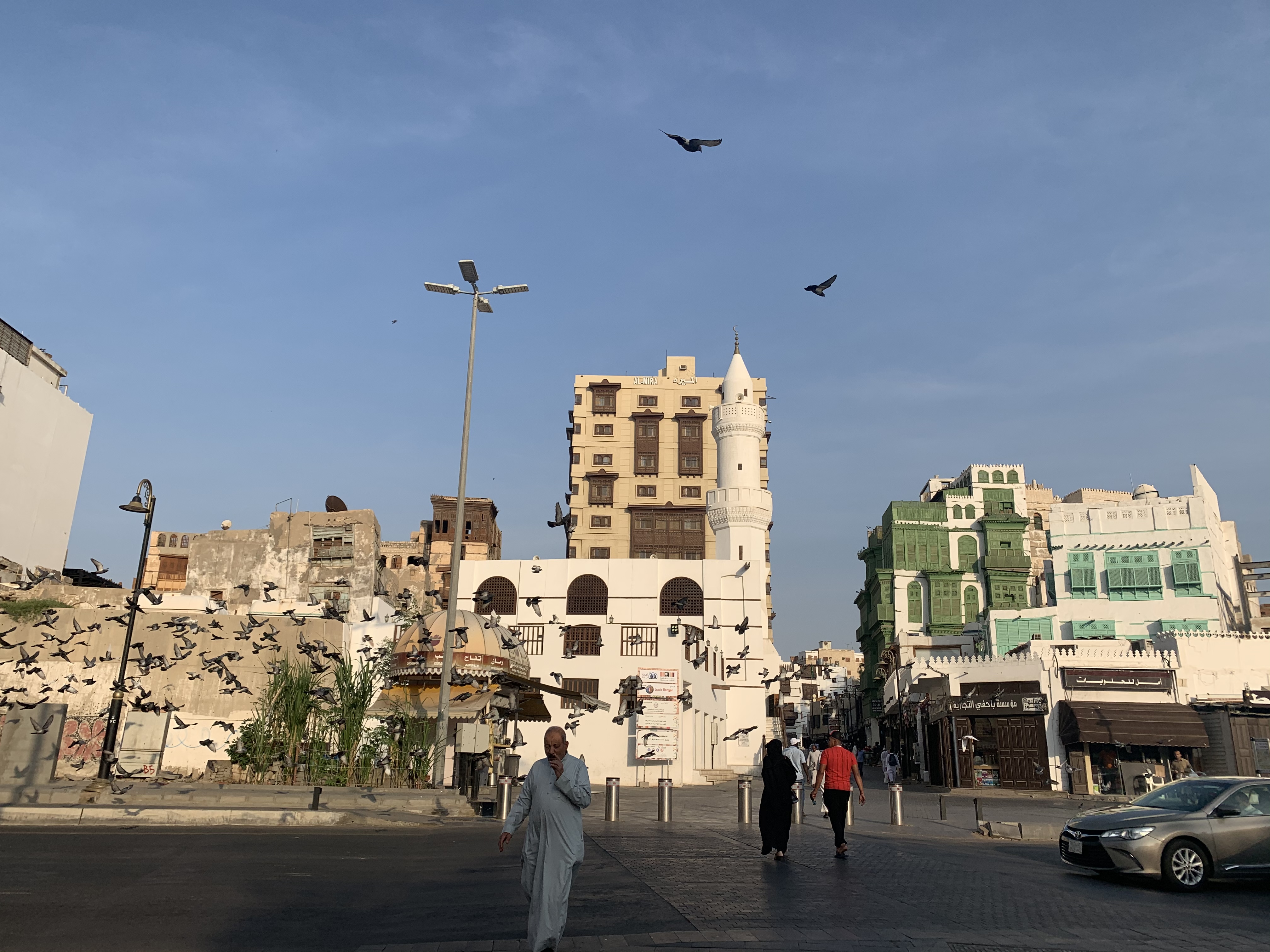 Just a few steps away from Qabil Street, you can spot the beautifully constructed Mimar Mosque, which was constructed back in 1824. In this exact area you can buy the best spices in the city and explore the various small shops some of which are as old as the old city itself. 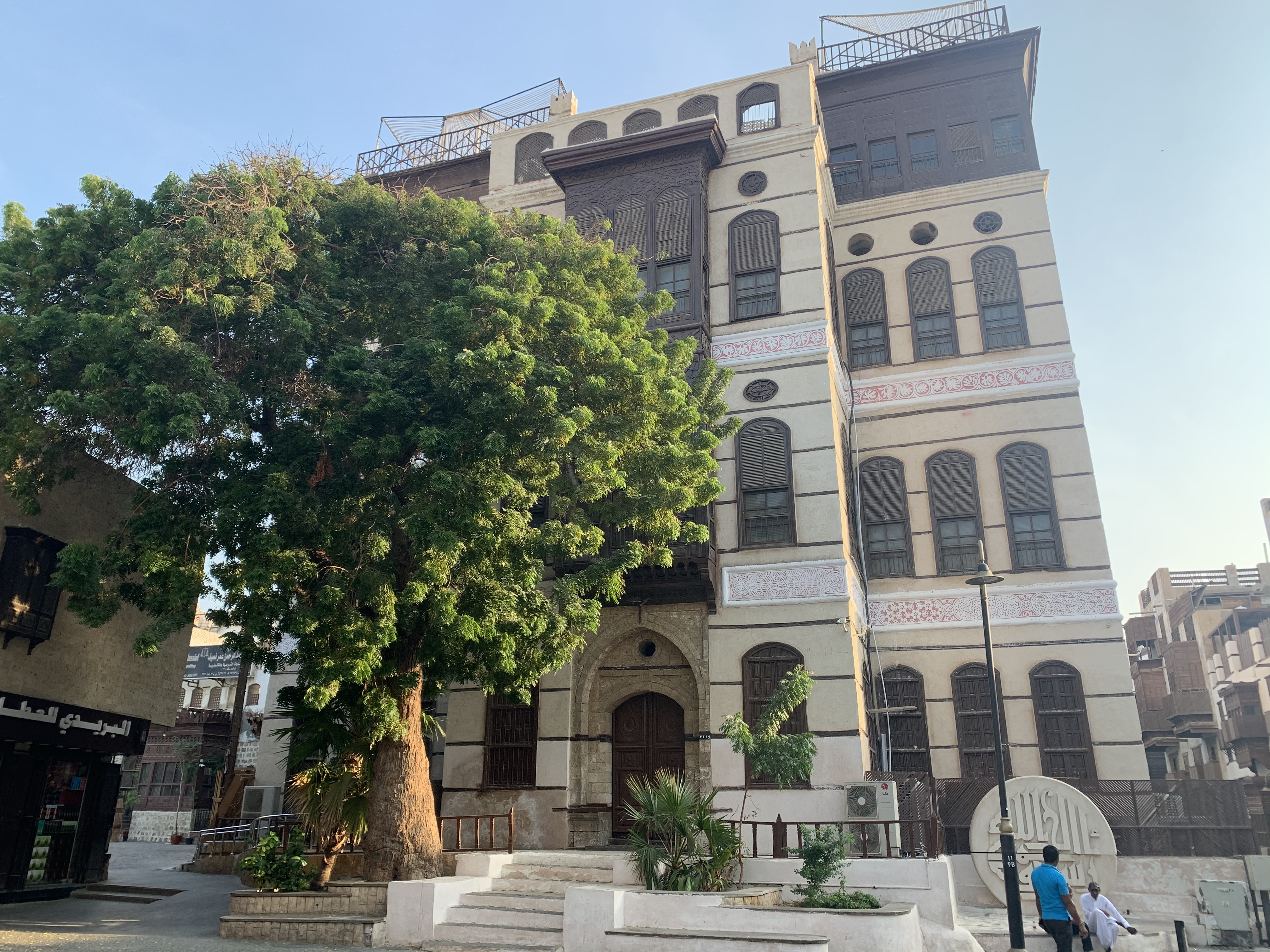 While in Alawi area take a moment to enjoy the distinctive Hijazi architectural style used to construct the local houses and mosques. Visit Beit Nassif, which was built in 1881, and remains to be one of the most impressive buildings in the historical area. Aside from its exceptional Hijazi architectural design, the house carries historical significance. King Abdulaziz stayed in the house and received guests when he used to visit Jeddah before building Khuzam Palace.

You can also explore the intricate architecture at Matbouli house, which dates back 400 years, and it is a few steps away from Naseef House. Just up ahead, at Alawi market, you will find a sign directing you to Al-Qawsiya historical spring that dates back 500 years and is named after the trader Faraj Yusur, who renovated it. 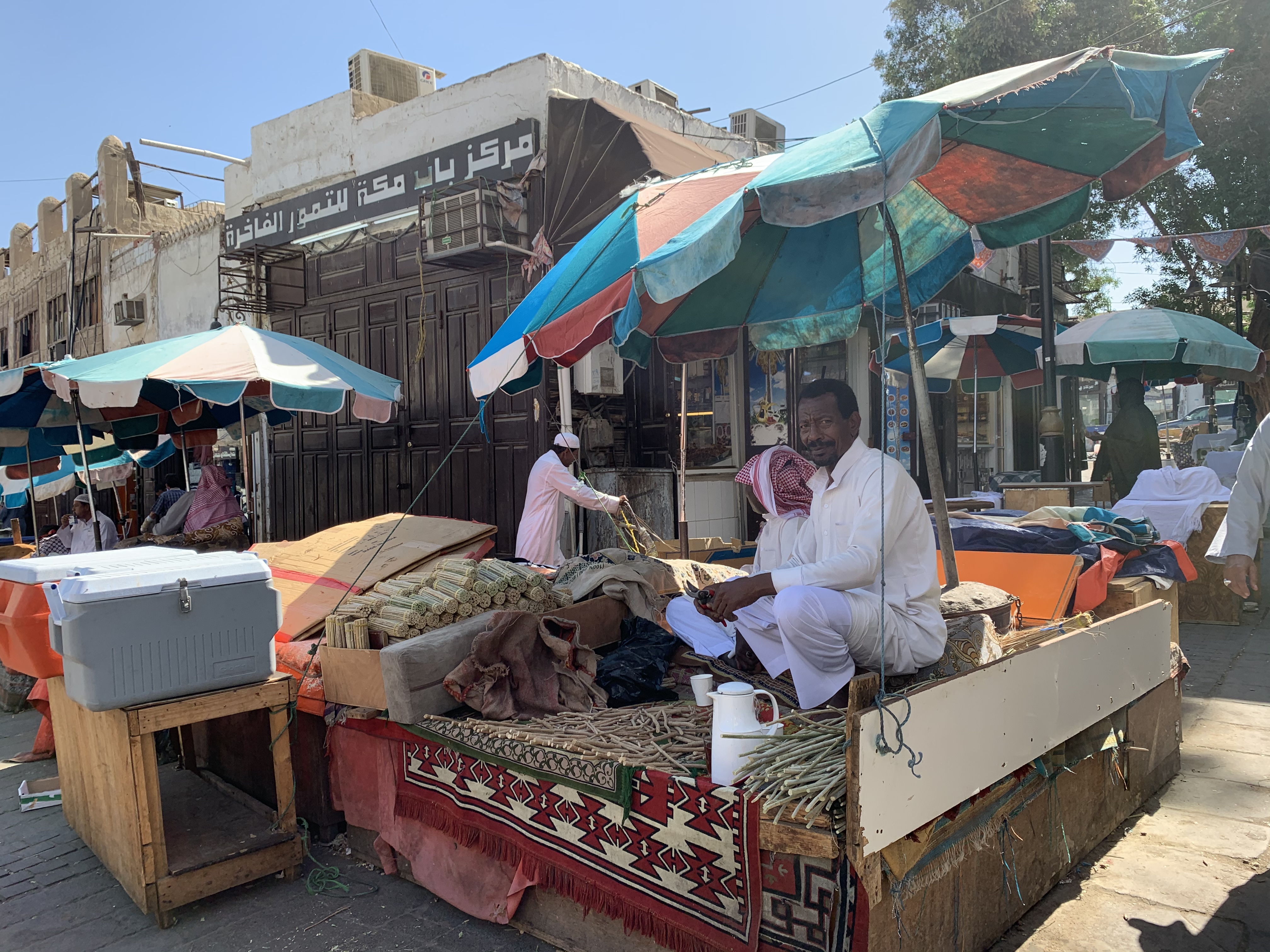 Bab Makkah has been the gateway to the old city of Jeddah for over 500 years. It was constructed during the Mamalik era in order to protect the city from Portuguese invaders. All pilgrims traveling to Makkah used to pass through this gate prior to starting their spiritual journey. Bab Makkah has been preserved and still stands at the center of Jeddah’s historical downtown. The area itself is a constant hub of activity for both locals and expatriates looking to find goods at affordable prices. You can visit many historical landmarks and buildings in the area including Shafei Historical Mosque which dates back to the 13th century and is built from mud, stone and wood, here is our list of other mosques in Jeddah. You many also visit Falah Jeddah School, which was the first school in Jeddah established back in 1905. You can also taste the fresh traditional seafood dishes. For more about Jeddah museums click here.