Saudi regions have various historical palaces that have been associated with the founder of the Kingdom Saudi Arabia, King Abdul Aziz Al-Saudi, Wafy takes you in a tour around some of them:

Al-Rumman Palace, dating back a hundred years ago, is a key historical building in Tabuk province. It is also called Al-Mathrayia Palace after the site it was built on and is sometimes known as the Principality Palace after Taima came under the umbrella of Saudi rule during the Kingdom’s unification by King Abdulaziz.

The palace reflects an important historical period in Tabuk during the last century and is located near the famous Hadaj well. It is one of the most prominent tourist, architectural and historical landmarks in the Kingdom, covering an area of 6,000 square meters and built from stone and mud. It is fortified with high double walls and towers. The palace contains two mosques, a large courtyard inside and many rooms. It remained the headquarters of the Tabuk province until 1978.

Barzan Palace’s construction was ordered by King Abdulaziz 107 years ago and built on a high ground between the towns of Ladam and Khamaseen for the purpose of reuniting the tribes under his rule. The palace was also called Al-Shouyokh palace and even King Abdulaziz palace since it is customary to call most palaces built during his reign after the founder in recognition of his efforts to unite the Kingdom.

The square-shaped palace, resembling those built from clay in Riyadh, is surrounded by four towers and consists of eight architectural units, each serving a different function. The palace continued to be the headquarters of the region and its governor until 1966. Recently all palace buildings were renovated using the same materials to retain the same lengths and sizes of the original building. 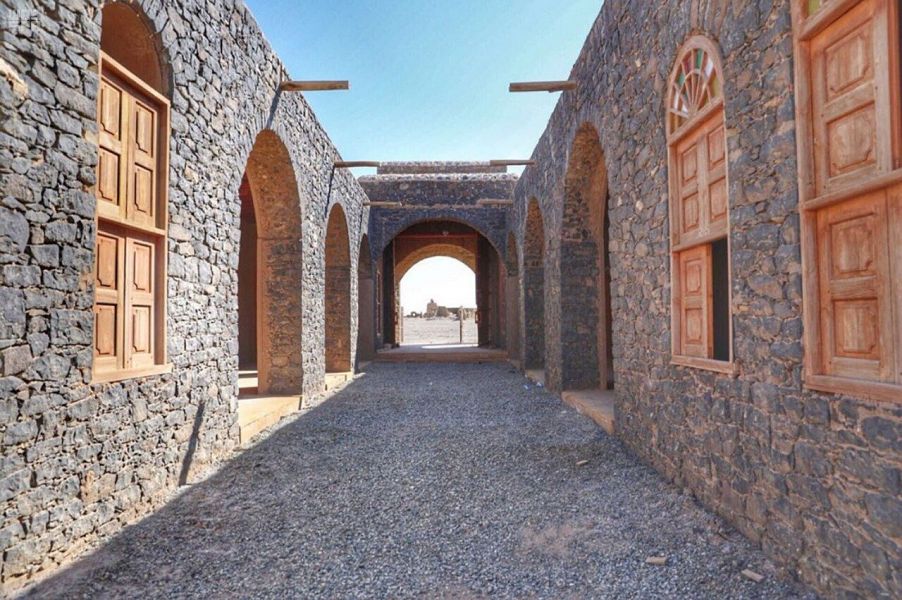 Al-Moeih Palace, also called King Abdulaziz Palace, is located northeast of Taif. It is located in a central location between the neighboring villages and noted for being a resting station for pilgrims from around the world as well as King Abdulaziz during his travels between Riyadh and Makkah to meet with Bedouins and inspect their living conditions. The stone-built palace, which covers 14,850 square meters, was recently restored in line with its status as a prominent landmark.

The palace is surrounded by a fortified wall on all sides built with black stones, 4.5 meters high and 90 centimeters thick. One of the main sections of the grounds is the royal palace itself and a guest palace with a rectangular building overlooking an open courtyard. In addition, there is a mosque, accommodation, judge's office, watchtowers and other facilities.

History lovers must visit Shadda Palace in the beautiful city of Abha. A key tourist attraction in the city, it is a magnificent historical building built in 1927 by the Kingdom’s founder King Abdulaziz. The palace was the headquarters of the region’s Emir, also known as the governor.

Shadda Palace is characterized by its rock-made design that the region was famous for, with several narrowing floors and decorative designs. After the recent restoration of the palace, it was transformed into a museum by the Asir governor in 1988 and displays many old collectibles such as household and agricultural tools, weapons, manuscripts, coins and old photographs. 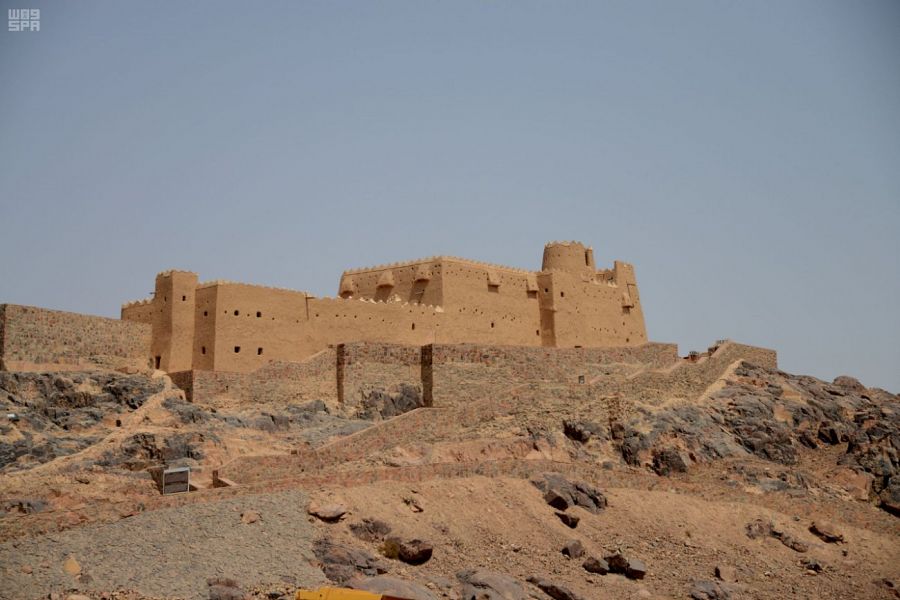 In 1941, Qishlah Palace was built from clay to become a military base that equipped armies for eight decades in the city of Ha’il. "Qishlah" is derived from a Turkish word meaning winter camp or shelter. This name was given to the barracks during the Ottoman era.

The rectangular-shaped palace was designed in the Najdi style that was prevalent in Islamic architecture at the time. It consists of two floors spread over an area of 20,000 square meters as well as 193 columns, 83 rooms on the ground floor, 59 rooms in the first floor, four square towers in the middle, and two entrances including one currently used for visitors.

The main objective for constructing the palace was to develop a military shelter and ensure security when unifying the Kingdom. In 1955, it became the police headquarters of the region. In 1975, the building was restored by the Ministry of Education’s Antiquities and Museums Agency and transformed into a tourist destination for visitors.

Located in Al-Asyah governorate, this palace is considered one of the largest heritage buildings in Qassim region. It was built in 1933 under the order of King Abdulaziz, It occupies an important geographical position in the middle of the desert, acting as the eastern gate of the Qassim region. It is also located near Basra’s pilgrimage path and is a link between five major regions of the Kingdom.

The palace’s design is similar to that of Al-Masmak Palace. It is surrounded by high mud walls and covers an area of 15,000 square meters. The palace contains guest rooms, mosque, prison, well and five observation towers, encapsulating a special design that helps preserve a critical period in the Kingdom’s history.