Ibrahim Palace is located in the Al-Kut neighborhood in the center of Al-Hofuf, spanning an area of 18,200 square meters. Its construction dates back to the era of the Jabrites.

The palace was built from local materials such as mud, palm fronds, sandalwood and stone incorporating Islamic and military architectural techniques. The former style is evident in the semi-circular arches and prominent domes, wooden minaret and mihrab (pulpit). The latter is demonstrated by the eight huge rectangular and circular towers surrounding the palace, barracks and horse stables east of the palace.

The palace features many facilities including the following: 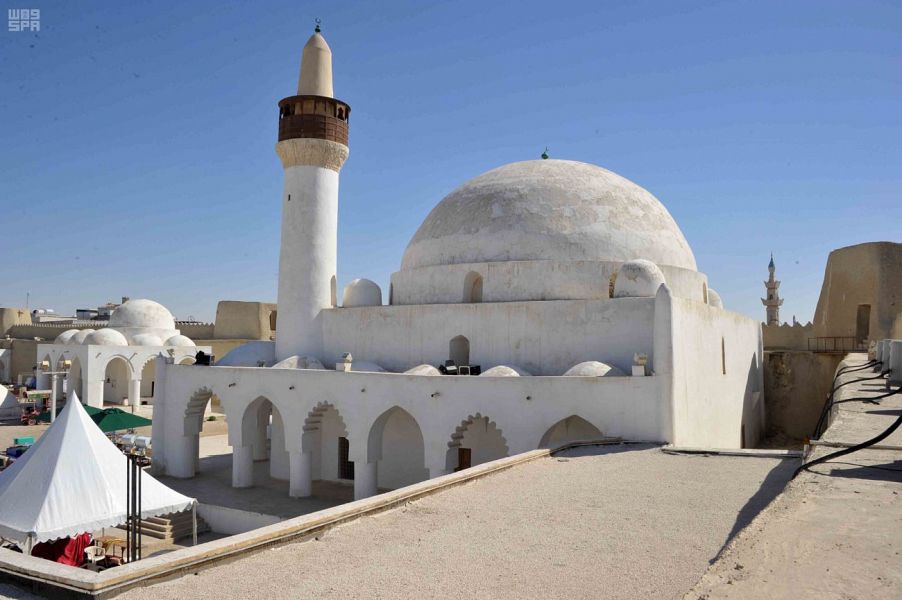