Articles/Janbiya: authentic daggers of the south

Janbiya: authentic daggers of the south

The cities of southern Saudi Arabia are not only distinguished by their pristine beauty, green nature and cool climate but also by its residents’ longstanding adherence to customs and traditions that have lasted thousands of years. Till this day, many of them adorn their waists with the Janbiya, which is not only used for decoration but also as a symbol of originality and deep heritage.

This dagger is one of the oldest weapons used by men in the olden times for defense; some of them have become artistic masterpieces kept by international museums because of their history and decoration. 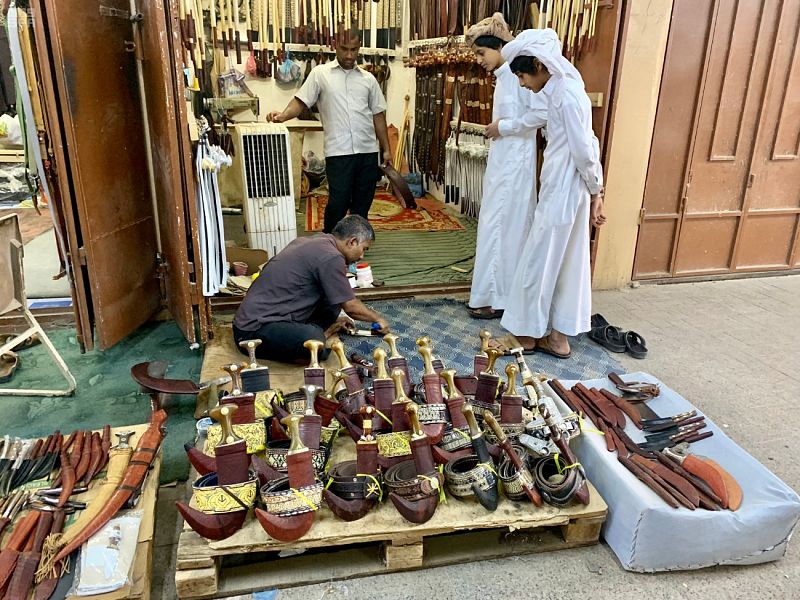 Most men in the south of the Kingdom wear the weapon on a belt around their waist. Crafting the Janbiya was also a traditional activity in Yemen and Oman.

There are several types of Janbiya that range in price depending on the materials used. Their prices may sometimes reach hundreds of thousands riyals due to the quality of their manufacture and materials used.

These daggers are categorized according to their handles. There is a handle type called “Saifanys”, for example, which is the most expensive due to their clarity and age of between 400 and 1,500 years old. There are other types of Janbiya. Najran people, for example, carry daggers bearing Najrani inscriptions. 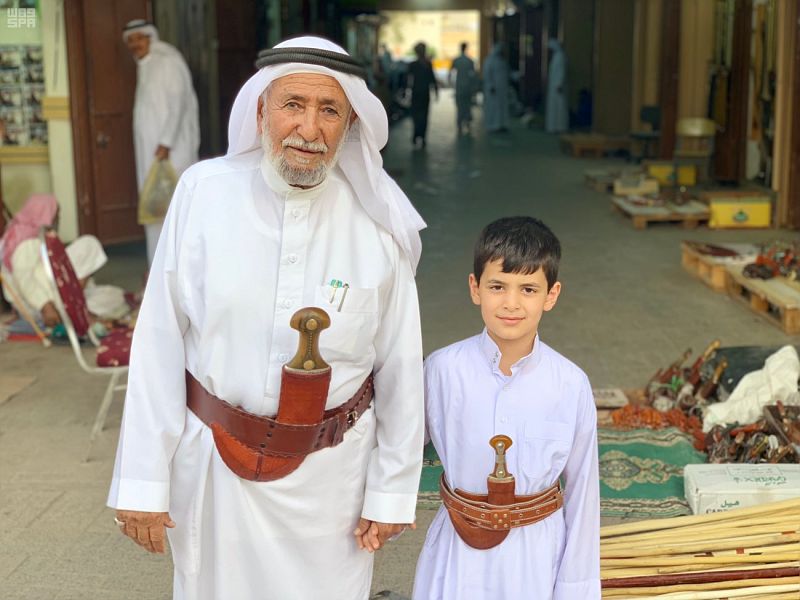 - The handle or head, which controls its price, is the most important component. Daggers with handles made from rhinoceros horns and deer antlers are the most expensive. You can also get handles made from elephant ivory and cow horns. Those made from plastic, fiber and wood are the least expensive. Handle prices also differ according to the amount of gold and silver used. For example, the Najrani handle is adorned with 21 carat pure gold, a process that requires experience, skill and precision. 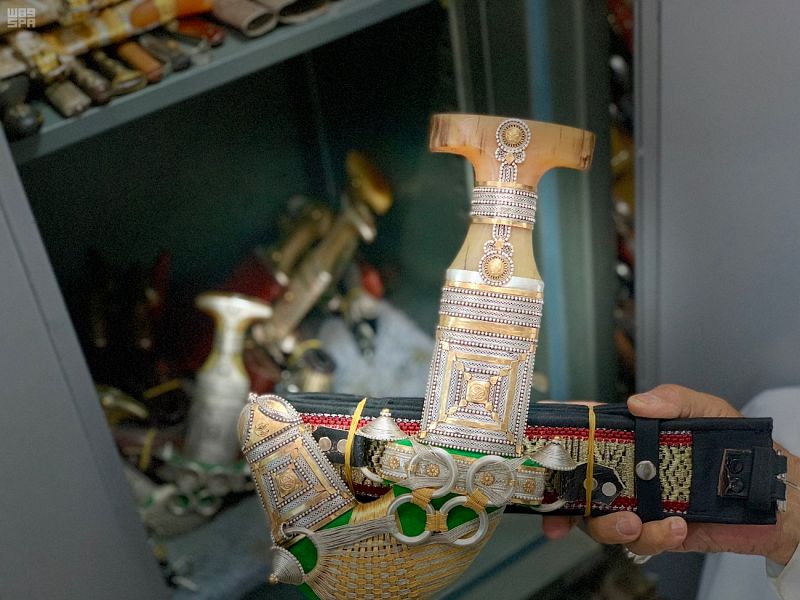 -The third component is called Al-Aseeb or Al-Ghamad, a wooden scabbard inside which the Janbiya is placed and finely sculpted before it is covered with leather and zinc. Sometimes Al-Aseeb is decorated with gold and silver and fixed to the belt. Men can wear the Janbiya by fixing the belt under their stomach. The belts are hand embroidered with distinctive colors and art and their prices vary according to the quality of their manufacture, beauty of shape and the different types of threads used in embroidery. Most belts are embroidered with golden and silver threads. There are many types of belts such as Al-Kabsi, Al-Tiri, Al-Markazi and Al-Marhabi.