Tourists looking to learn about a unique piece of Saudi history should venture no further than Khaybar. One of the largest palm oases in the Arabian Peninsula, it is famous for its fertile soil, abundant water and production of grain and fruit. Located in the northwest of the Kingdom, the area is made up of black stone formed by volcanic eruptions to become one of the greatest lava fields in the Arab region. Palm trees dotted across the Khaybar valleys contribute to the stunning natural scenery. 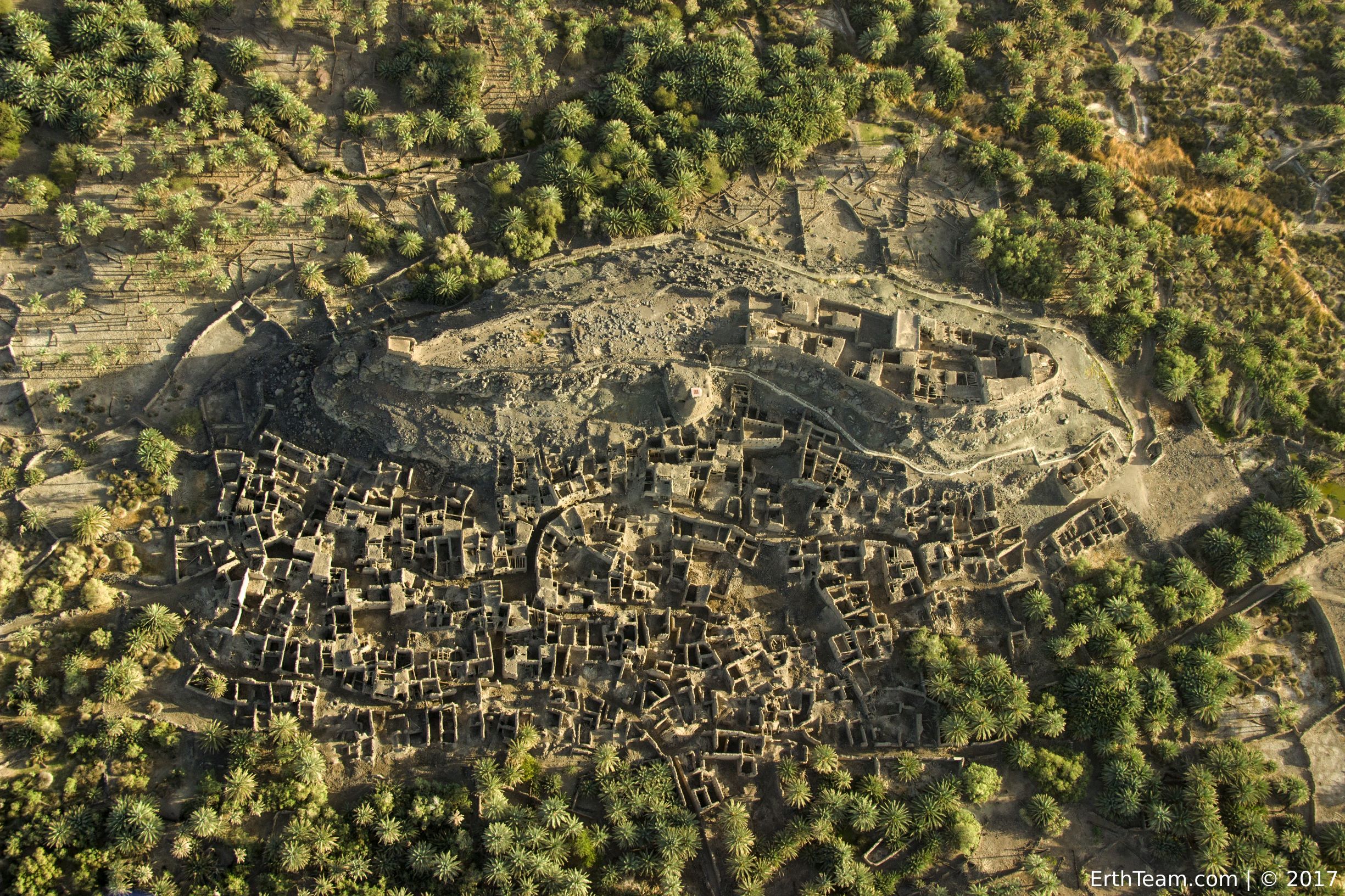 It is said that Khaybar’s name is derived from the soil, known as “Khibra”. Since the area was famous for its fortifications and castles, Khaybar can also mean “fort” in the language of the region’s first ancient inhabitants. 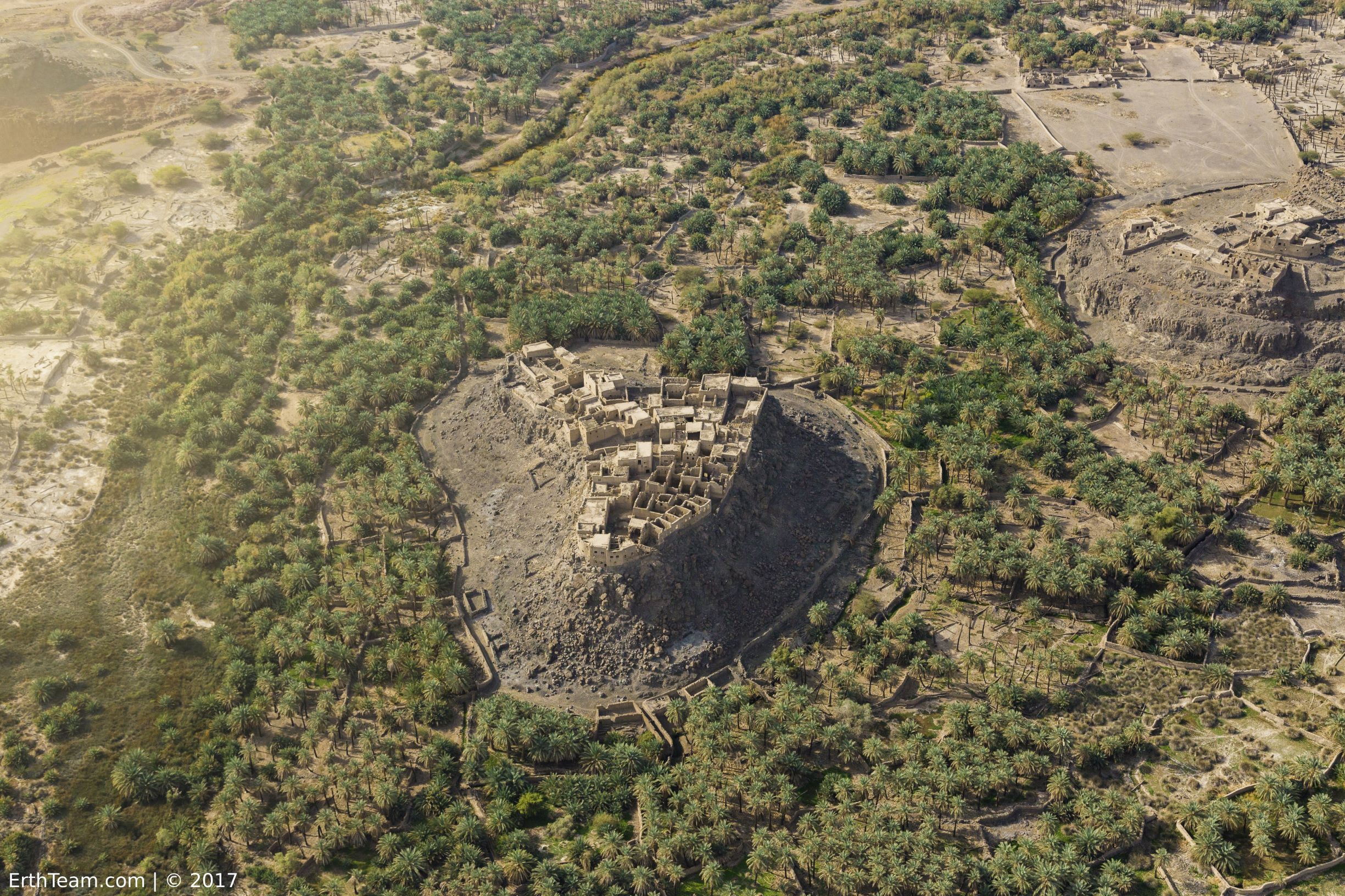 On the banks of the Khaybar valleys, stone axes, sharpened tools, cutters, shovels and stone hunting tools dating back to the ancient Stone Age have been found. There are also ancient drawings of cows and horses dating back to the fifth millennium BC. In the Valley of Al-Watih, rock art of battles involving long spears have been discovered.

Its name was mentioned in the writings of the Assyrians; these texts say that the city was captured by the Babylonian king during the period 539 to 555 BC. Historians believe that the first inhabitants of Khaybar were the ancient Arabs of Amalekites who were invaded and expelled by the Jews. It was also a prominent location in ancient Arab kingdoms like the Dedan, Nabateans and the Ghassanids. 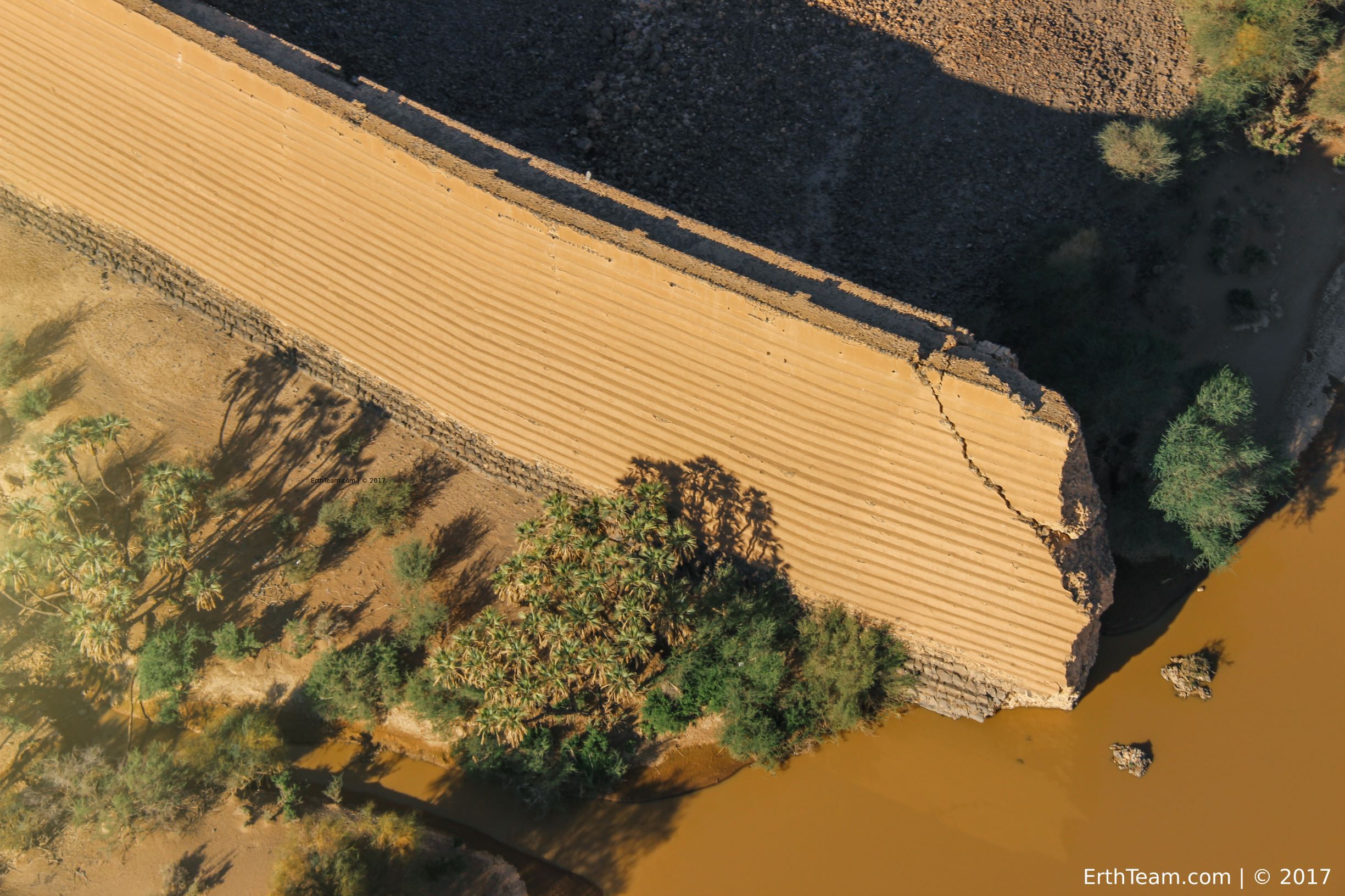 This large dam is located in Al-Thamd village and is about 170 meters in length and 40 meters in height, lying between two great valleys. It is a landmark for tourists looking to visit the Safiya Dome, where the Prophet (peace be upon him) stayed with his wife Safiya.

Located east of Al-Thamd village, this dam is built from mud, lime and plaster to reserve water for agriculture and wildlife in the region.

There are other smaller dams in Khaybar such as Al-Mashkouk Dam and Al-Zaydia Dam, which bears inscriptions from the first century AH.

Khaybar contained more than 300 streams of running water, many of which disappeared over time. The most famous of those that have remained include Ain Al-Buhair, Ain Al-Safsafa and Ain Al-Jumah. Today, Khaybar is famous its fertile soil, palm plantations and citrus fruit orchards.

This is located in the middle of Khaybar’s lava field and is an inexhaustible water resource. 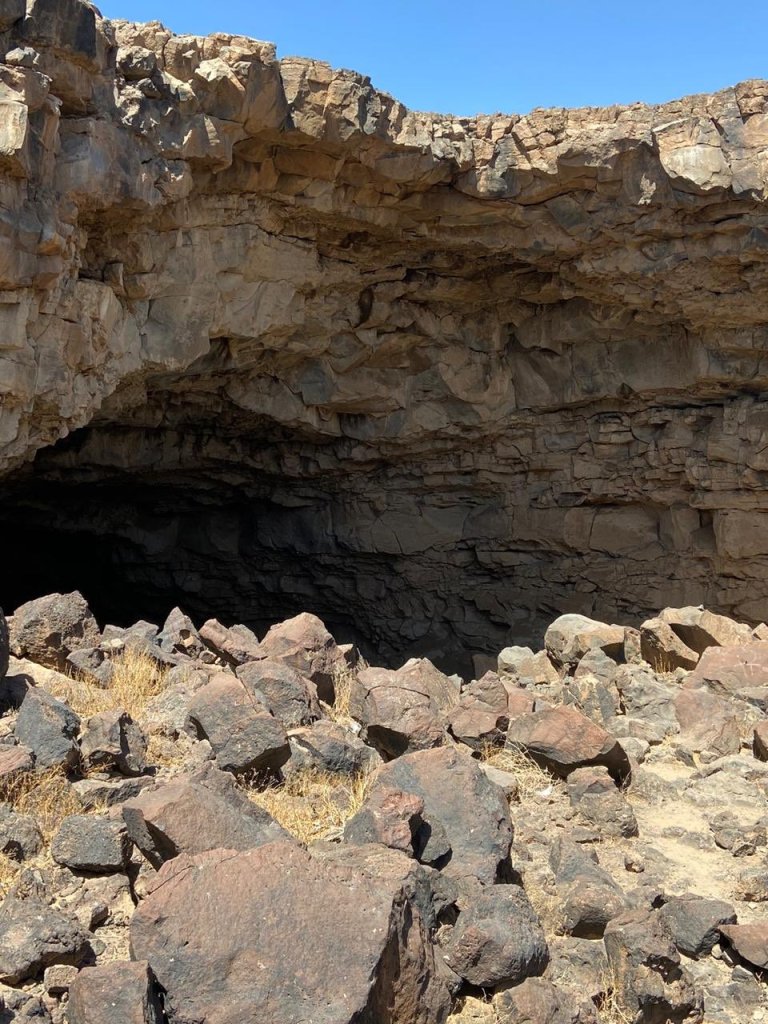 One of the largest caves in the Arab world, Umm Jarsan is 1,500 meters long, 45 meters wide and 12 meters high. At the entrance to the cave there are many trees and bushes that you must pass through before reaching a network of narrow tunnels. There are stairs providing access so visitors can easily reach the place and see the remains of animal bones and human skulls.

This mountain is a volcanic crater that received its name because of the white color of its summit. It is the highest mountain in Najd, standing more than 6,000 feet above sea level.

Al-Qadr is a dormant volcanic mountain standing about 2,000 meters high. It is located in Khaybar’s volcanic field, one of the largest of its kind in Saudi Arabia. 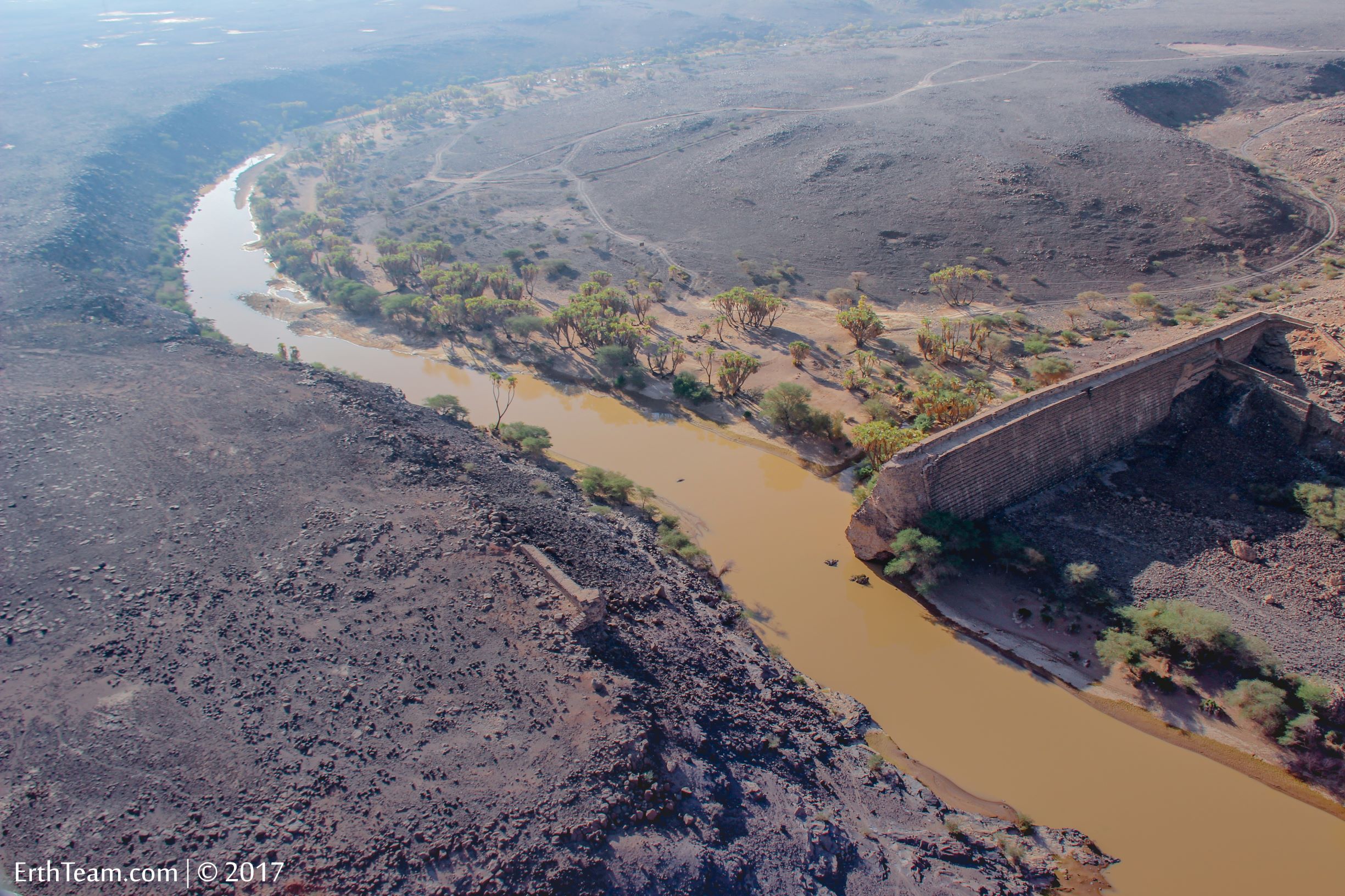 Now known as Al-Asemyah fort, visitors can see an abandoned village built on the ruins of this well-known fort.

Located near the fort of Al-Sa’eb bin Muadh, this castle overlooks the valley on its northern and western sides.

Only the rock foundations of this fort remain beside the ruins of an old village.

Considered one of the largest castles in the area, it is currently an abandoned integrated village.

The most famous fort in the area. It also known as Al-Hesen fortress and directly protected ancient Khaybar. It was recently rebuilt to be the seat of the emirate after the annexation of the area by the Saudi state during the reign of King Abdulaziz.

Located on a wide plain in Al-Hurra, Al-Watih forms part of an integrated village known as Al-Makaidah.