Articles/Al-Izam: A mosque marked with a bone in Al Ula

Al-Izam: A mosque marked with a bone in Al Ula

In the ninth year of the Hijrah calendar, the Prophet Muhammad (peace be upon him) was on his way to one of his conquests. Finding himself 300 kilometers north of Madinah, he prayed after marking the Qibla using bones because he could not find rocks or stones. On that very spot, the area’s residents built a mosque to mark this important event and named it Masjid Al-Izam – Mosque of the Bones.

The mosque has stood the test of time and can be found today – a remarkable feat considering it harks from the Prophet’s (peace be upon him) era. It is located in the old town of Al-Ula governorate, next to the historic Musa bin Nusayr Fort. 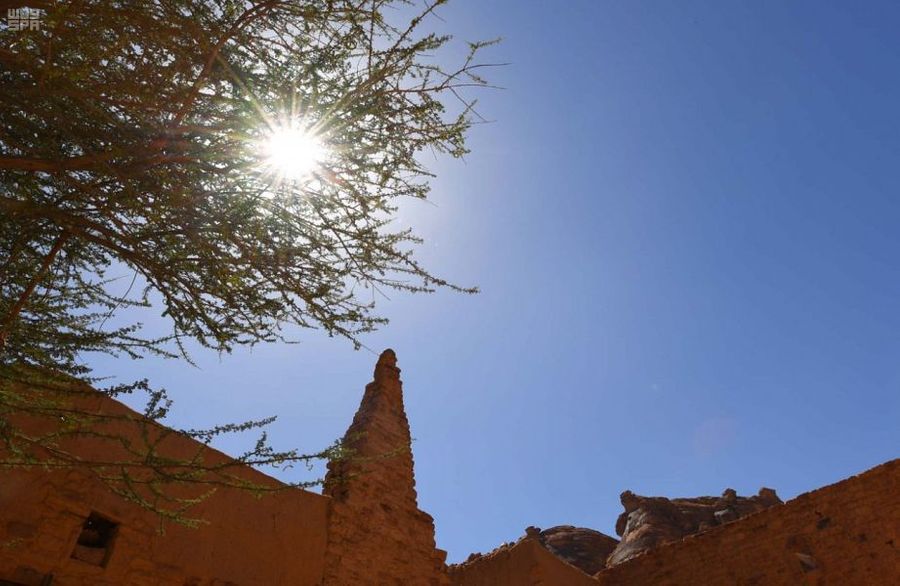 The mosque was built with local materials such as stone, with mud used to cement its walls and palm fronds to build its roof. It features a prayer house, mihrab and pulpit. There is a small room whose entrance is located by the Qibla (prayer direction) wall, while two entrances are located on the northern side of the mosque.

The minaret has a height of about 10 meters, while the total area of the building is about 676 square meters – it can accommodate around 560 worshipers. The mosque has undergone several restorations.