Over the winter, households in different parts of the Kingdom typically build mashabbat, or fireplace corners, to cope with the cold. A key example of tangible heritage passed down from generation to generation, friends and family typically gather around this cultural symbol in a comfortable and social setting, drinking Arabic coffee and tea. 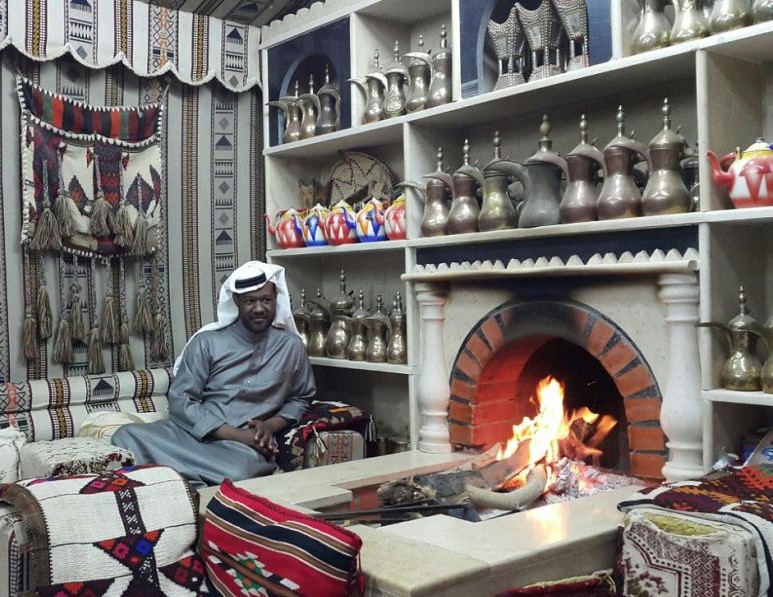 Mashabbat are built either in the corners of rooms or inside a tents. A Mashab is usually square in shape, it is constructed from clay and concrete and covers around one square meter. Firewood is placed inside the Mashab and set alight, while a chimney is built outside to allow smoke to escape. 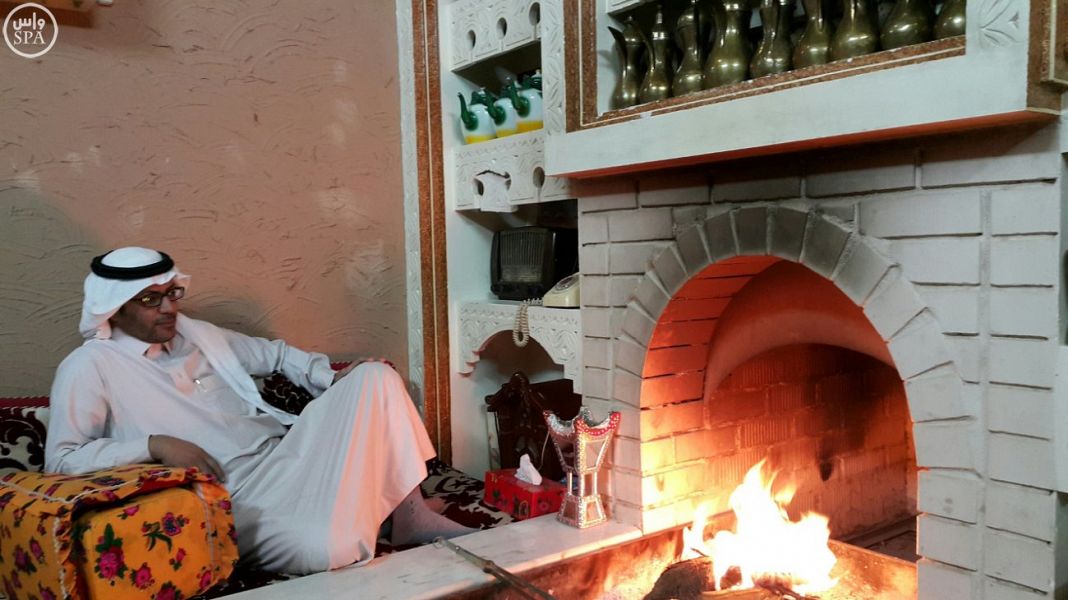 In the past, mashabbat were built from mud or stone and covered with special marble. Sizes varied and the base of the chimney was often bent at an angle. The thickness of the structure was to ensure added insulation and protection. 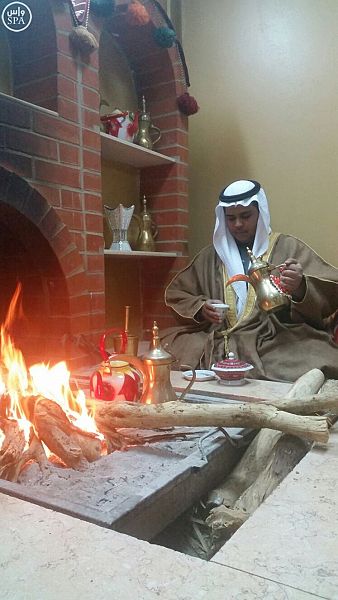 Mashabbat has developed over time, and modern designs are typically in high demand over the winter seasons. They are built now with red and white bricks; shelves for coffee and tea pots are provided as well as iron tongs to help insert firewood while the fire is lit. Some modern mashabbat are built with a venting fan at the top of the chimney that directs smoke upwards. 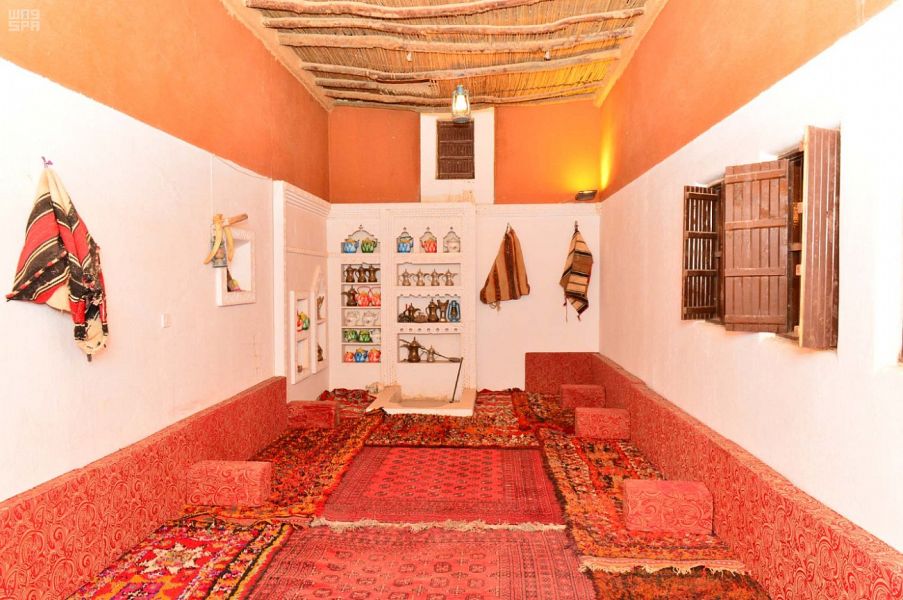