The Kingdom of Saudi Arabia is rich in distinctive geological landmarks that attract visitors all year round. One of these famous features found throughout the country are the unique mushroom-shaped rock formations that have attracted global attention. Also called a rock pedestal, these are naturally occurring features typically formed by wind erosion.

Mushroom rocks are geomorphological formations widely spread in sedimentary areas. They are full of sandstone layers that can be broken down by climatic factors, especially in northern Saudi Arabia. In some cases, harder rock layers are arranged horizontally over softer ones, resulting in such erosion.

Geologist Abdullah Al-Shammari explained that mushroom rocks are a wonderful natural phenomenon usually formed as a result of the erosion of sedimentary layers over millions of years. The remaining part of these layers is exposed again to wind, resulting in the lower parts of the layer breaking down more quickly.

Explorer Saleh Al-Ghofaili said there are over 100 mushroom rocks in the Kingdom and he has managed to visit around 90 of these. He singled out Umm Raqba rock located in the north of Harrat Aweerid as the most beautiful one he has witnessed.

Notable mushroom rocks in the Kingdom include: 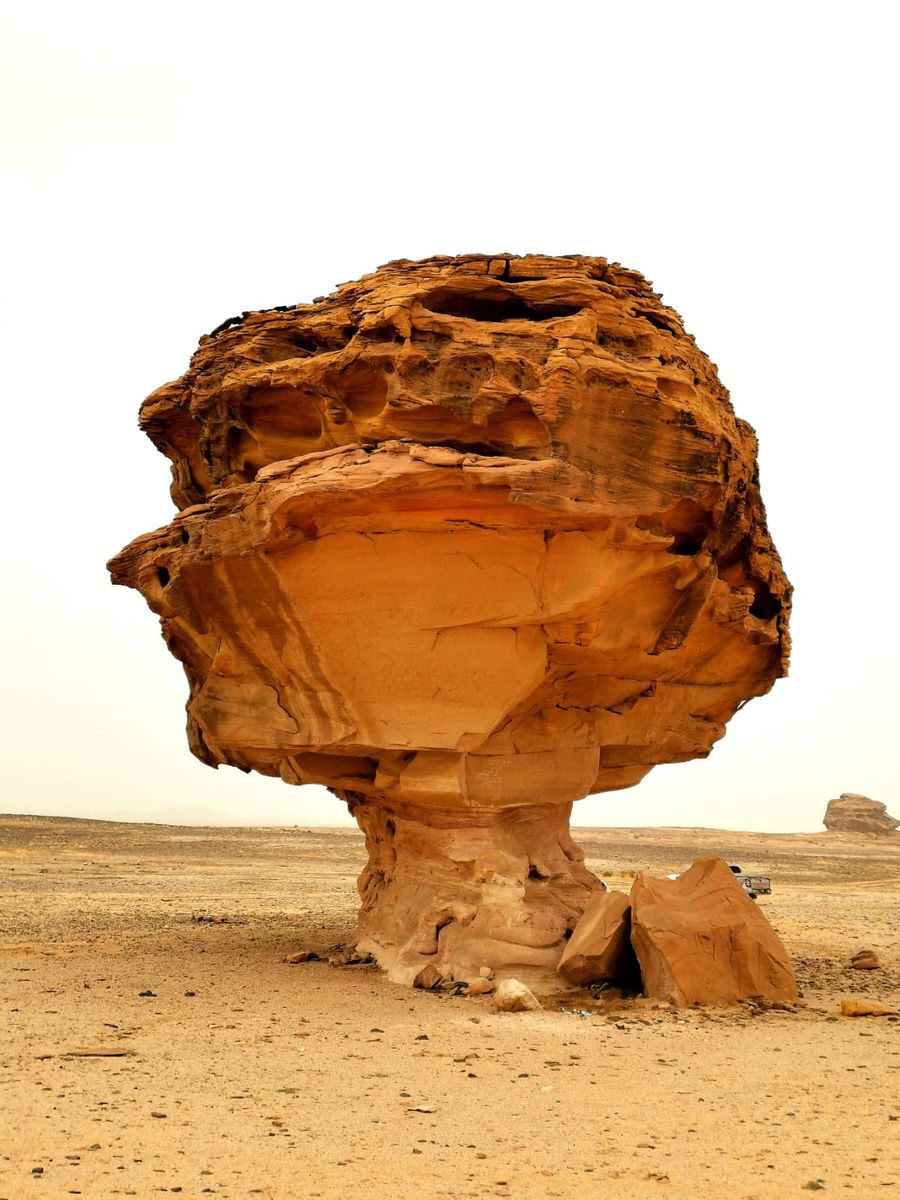 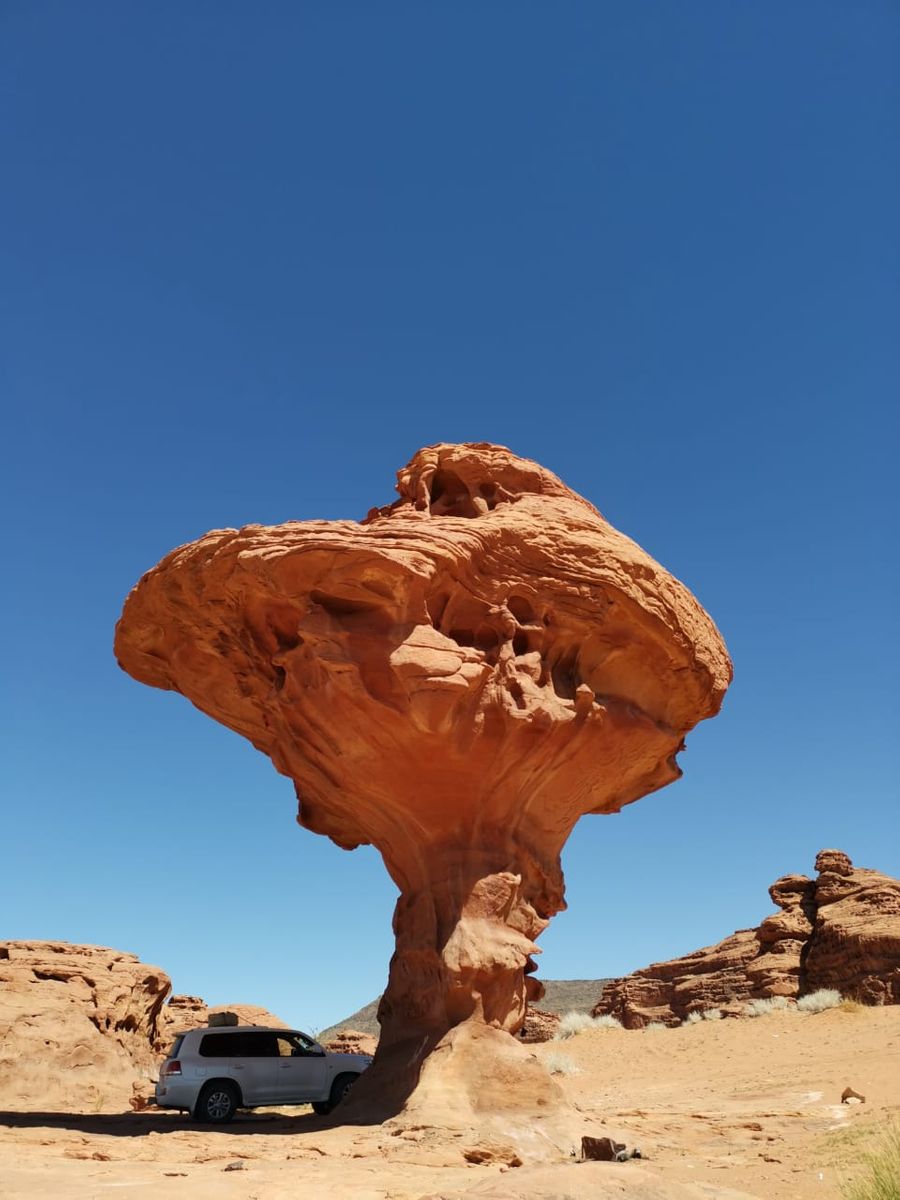 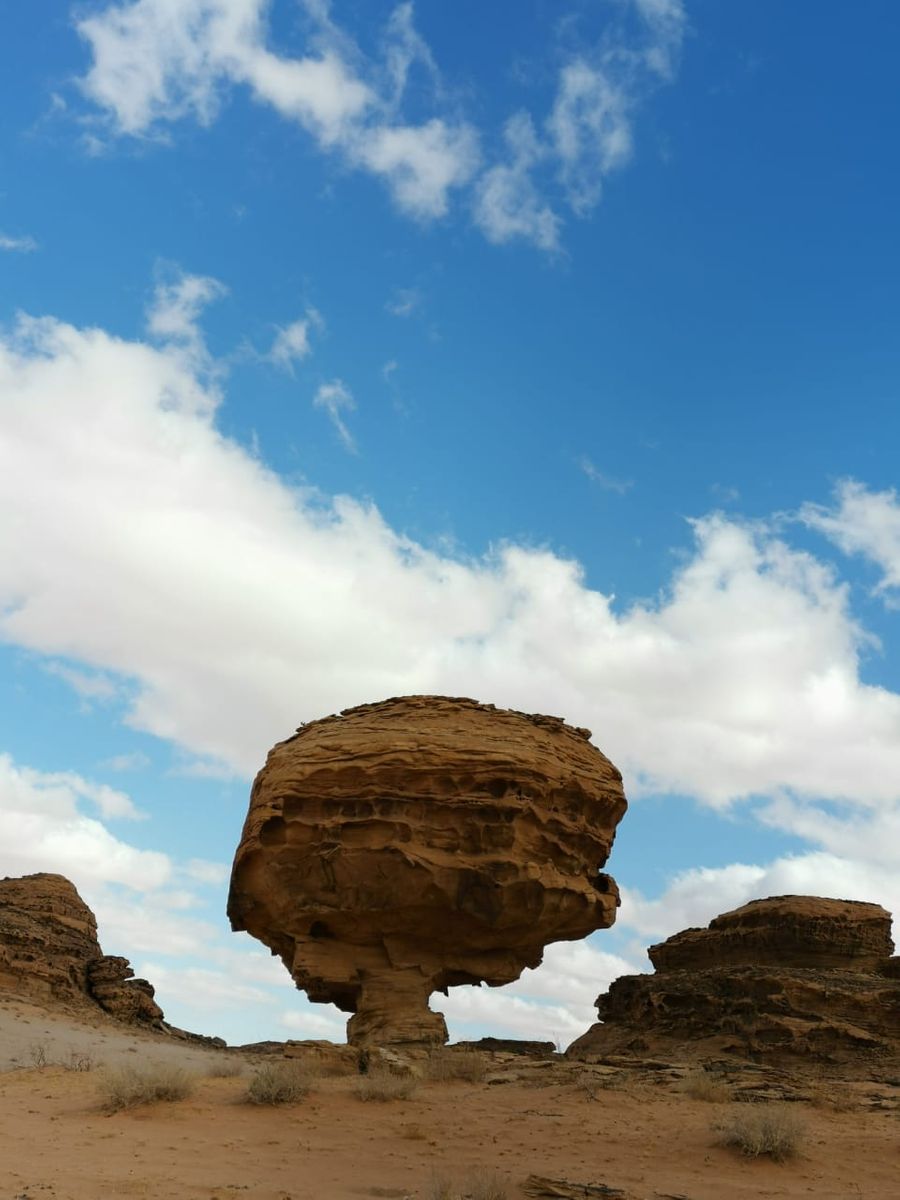 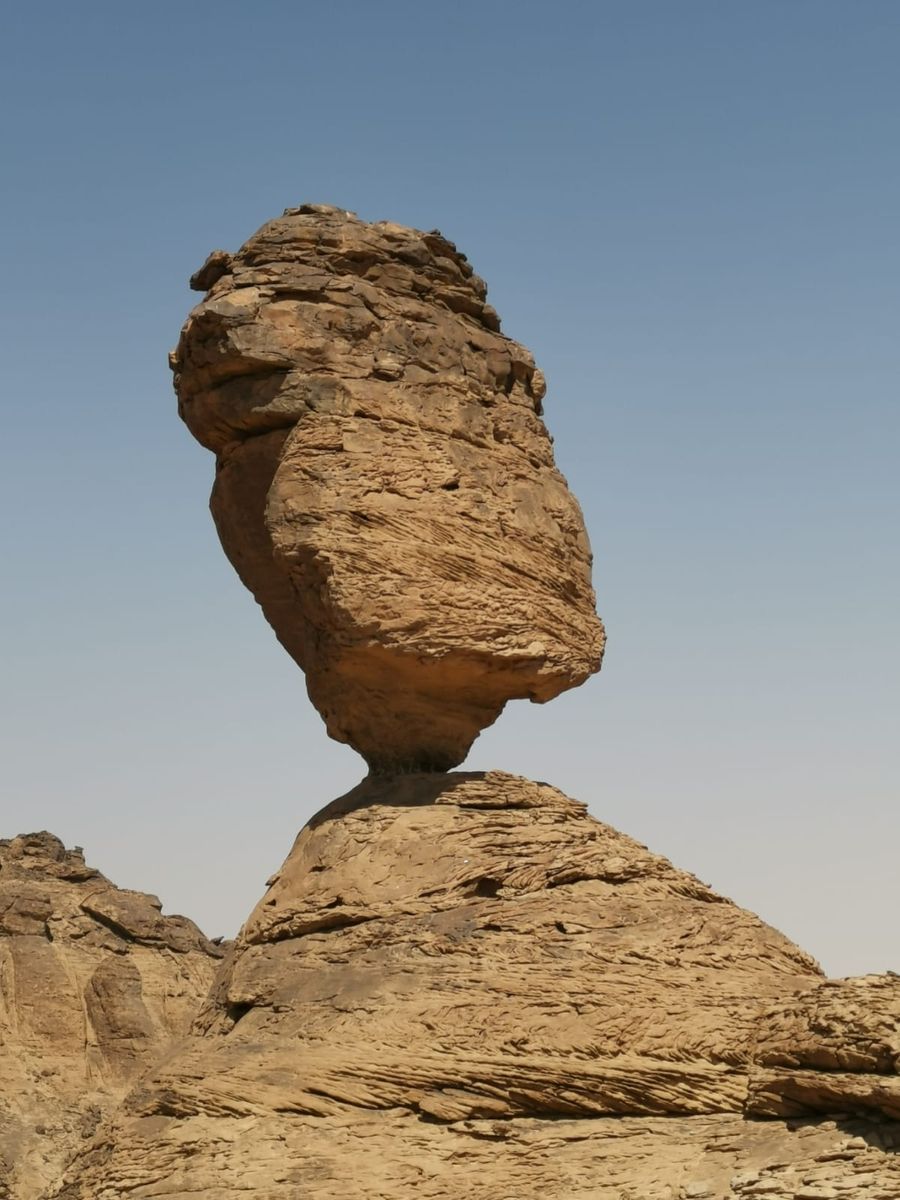 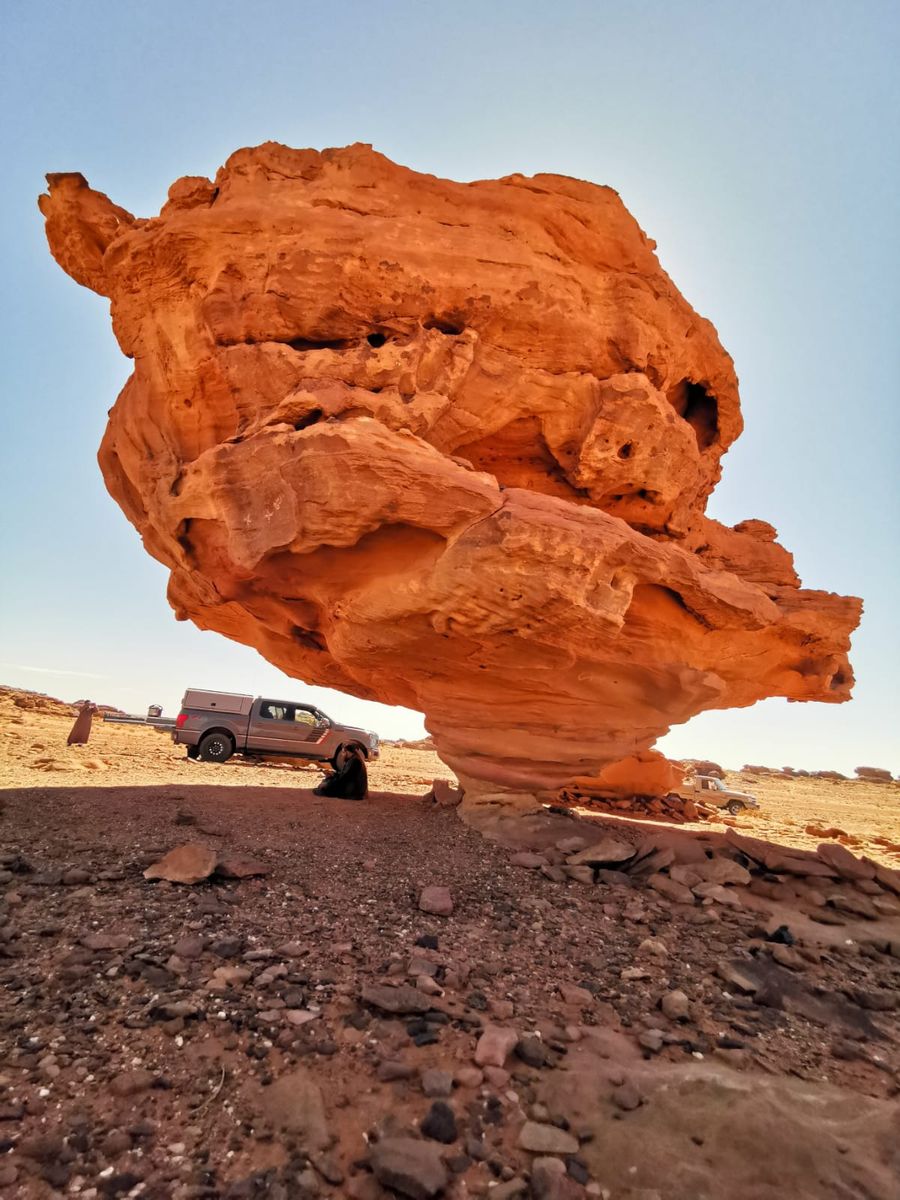 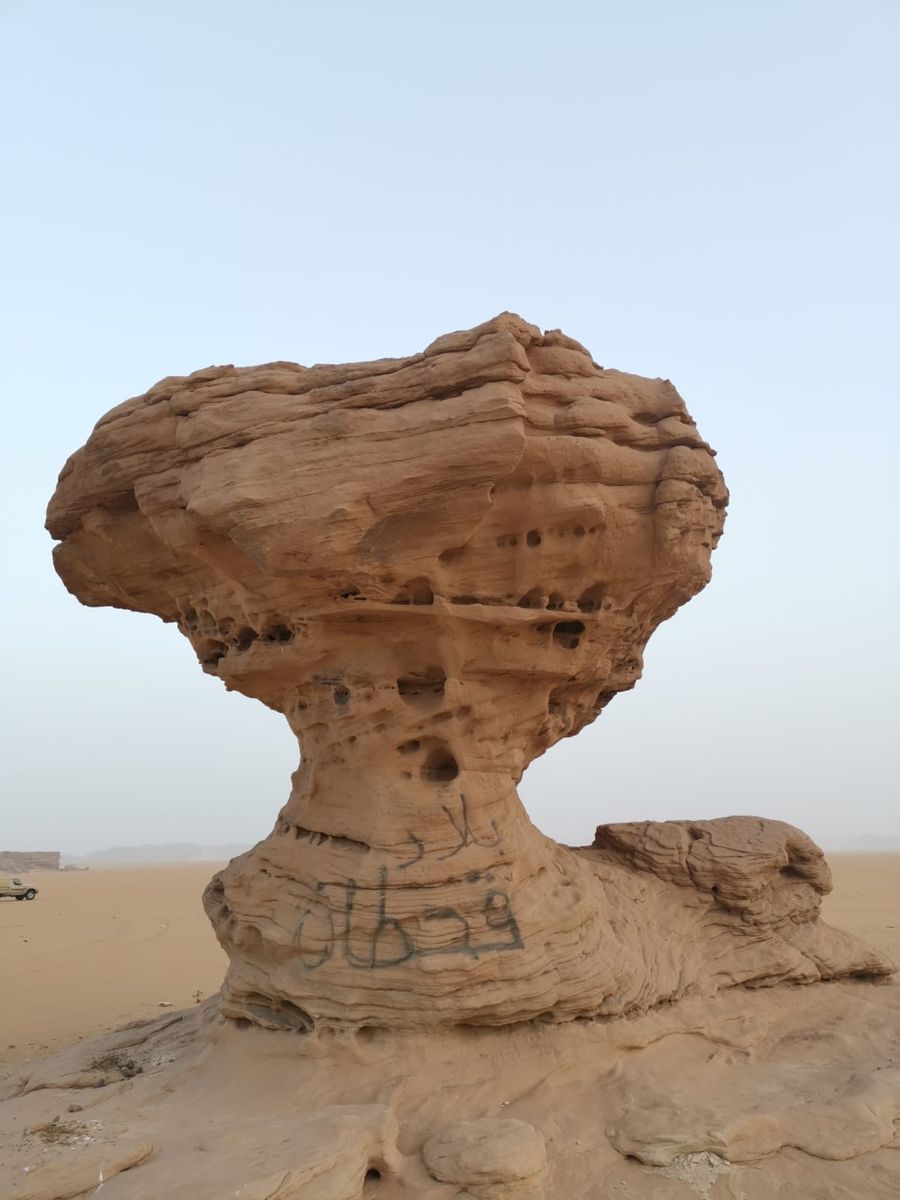 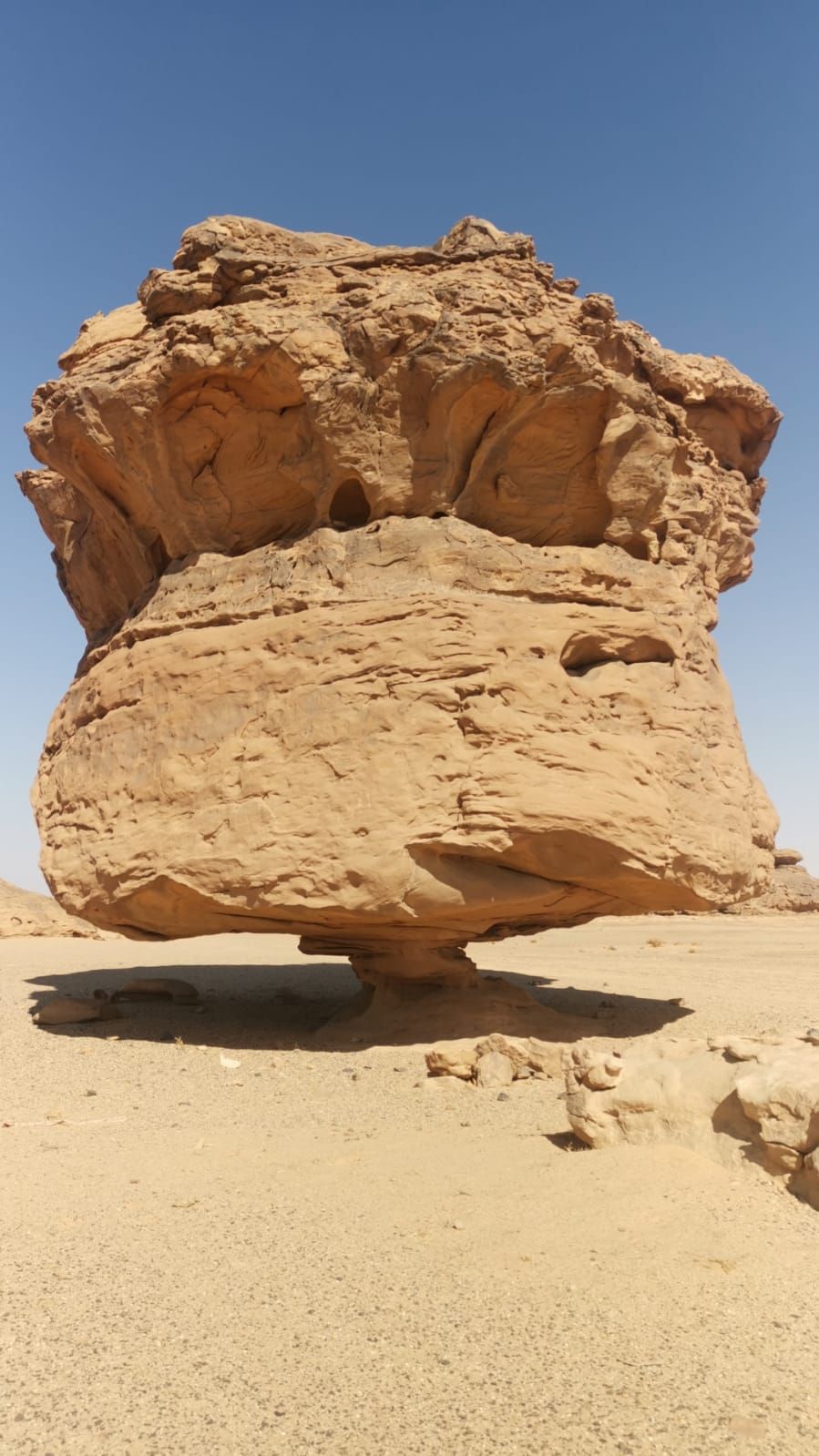 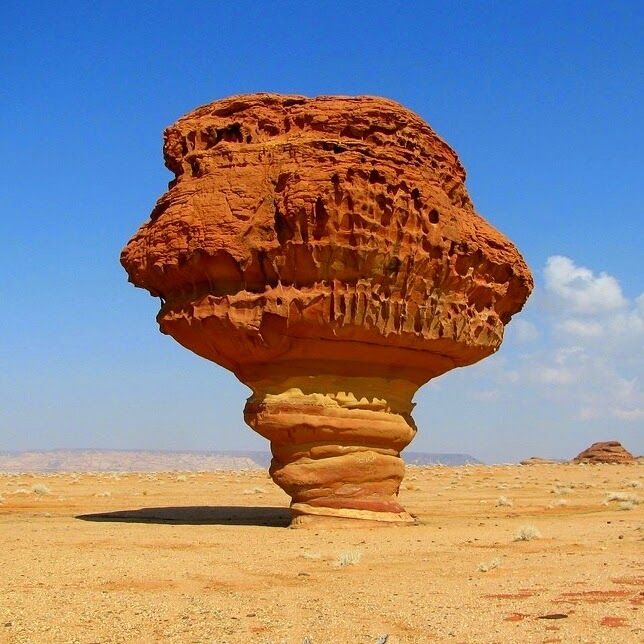 There are other prominent rock formations in the Kingdom that are beautiful in their own right, including: