Najran is known for its rich ancient heritage and historical sites, including old wells scattered all over the region. These served as water supply points for caravan routes that spanned the Arabian Peninsula and often markets selling food and other goods were set up nearby.

The Ministry of Tourism implemented a project to restore some of those wells due to their historical importance. Locals often named farms, areas, and neighborhoods after these wells in line with the customs of the ancient Arabs. 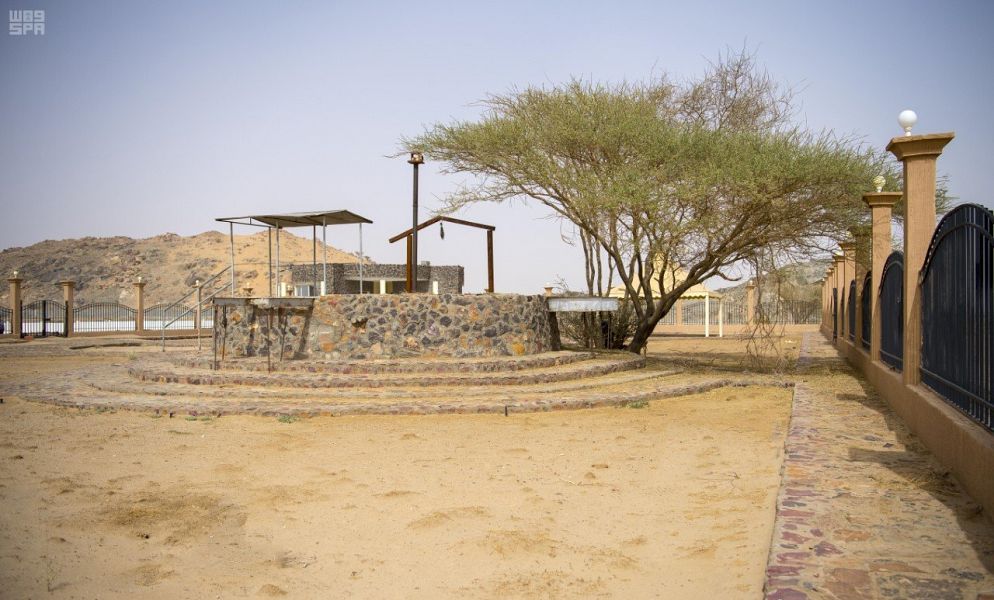 Arguably the most famous of these historical wells are the famous Hama wells of the Thar governorate, which lies about 130 kilometers from Najran. Dating back to 7000 BC to 1000 BC, these wells serve as an open museum. Visitors interested in history can view Thamudic inscriptions, drawings, and Kufi writings in and around the sites. There are six wells – Umm Nakhla, Al-Qarain, Al-Jinnah, Suqia, Hamata, and Al-Habisa. 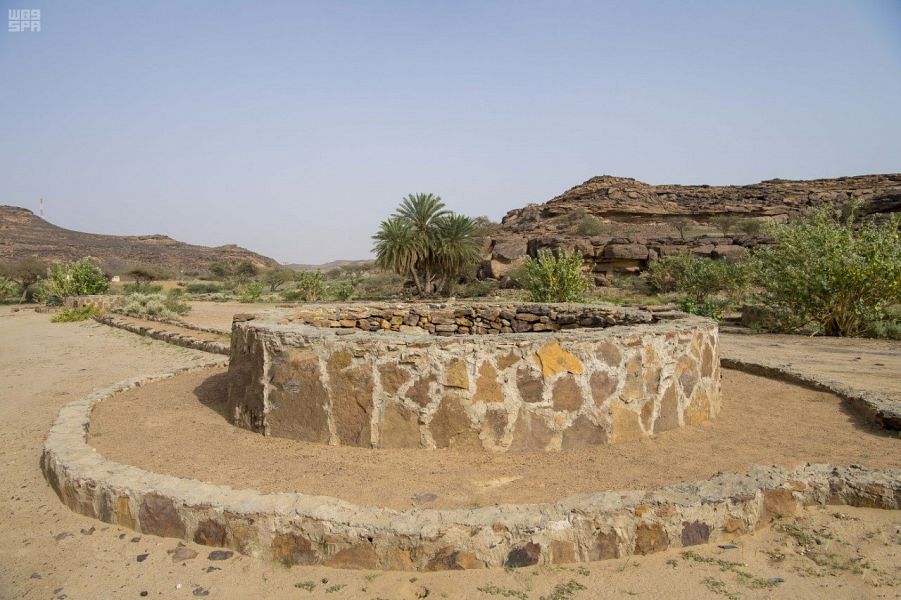 This well is located in the eponymous town, which unsurprisingly was named after this important landmark. Around 300 years old, it served caravans and travelers traveling to the Najd and Hijaz regions. The well was built from stone and is about 70 meters deep. Today, tourists can access it via paved roads.

Situated in the eponymous governorate, this old well served incense caravans whose owners inscribed many drawings and writings in the area.

Well of the Emirate Palace

The restored Emirate Palace is a popular tourist attraction in the Aba Al-Saud neighborhood in Najran. The old well in the historical palace dates back to the pre-Islamic era and is located in the palace’s courtyard. The lower part was built with baked mud, while the upper section was built with stone.