Articles/Pearl hunting in the Arabian Gulf

Pearl hunting in the Arabian Gulf

Pearl hunters in the Arabian Gulf used to sing among themselves folk songs to keep their spirits up during their risky and tiring journeys. 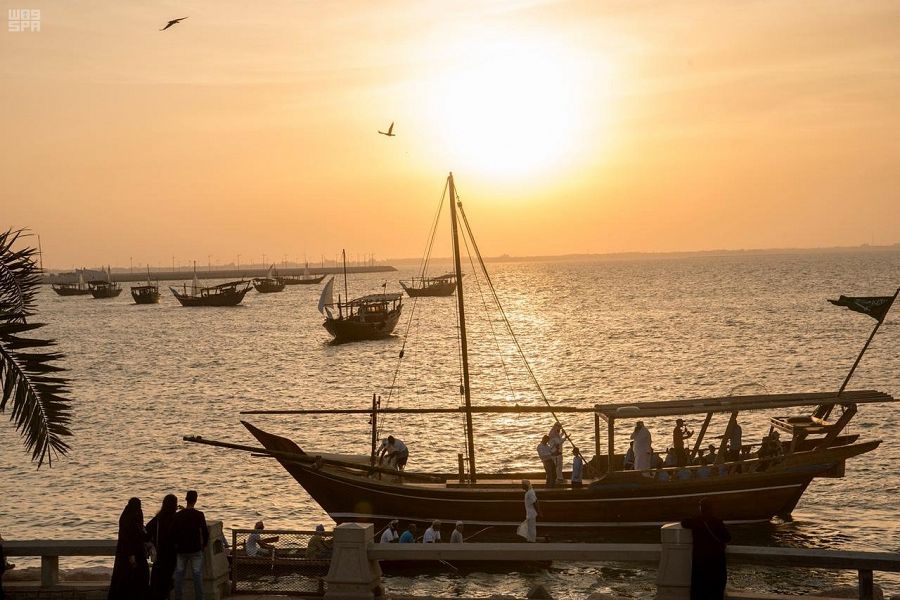 Hunting for pearls in the Gulf

Most residents of the cities and villages overlooking the Gulf used to work in the fishing and pearl hunting industry. This trade was at its peak before the discovery of oil in 1930 and the emergence of the artificial pearl trade. 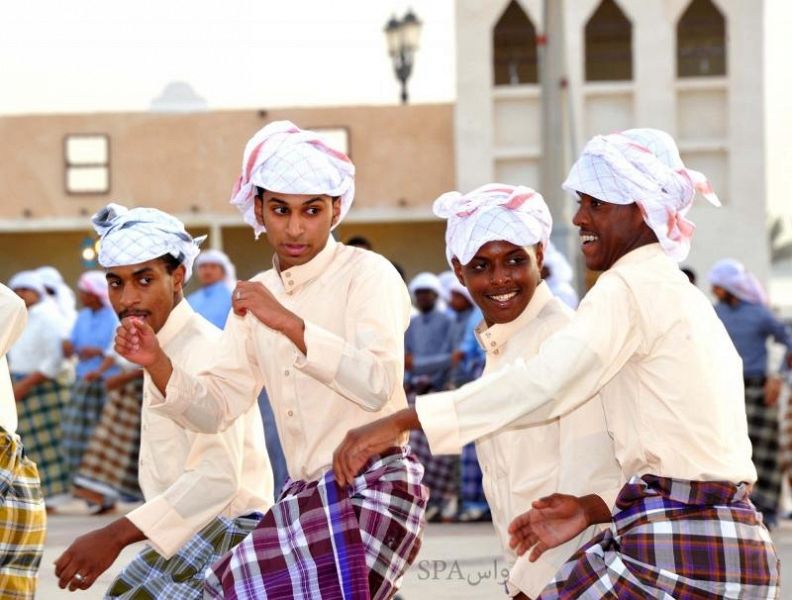 The pearl hunting team is called the “Sailors of the Ship”, consisting of the captain who is responsible for the ship, divers and their helpers, and young kids whose job was fishing, cooking and cleaning.

Accompanying the sailors on board these ships was the “Al-Naham”, a singer who had a beautiful voice and helped the sailors not feel tired or bored. He also participated in the pearl hunt and kept a share of the profits. 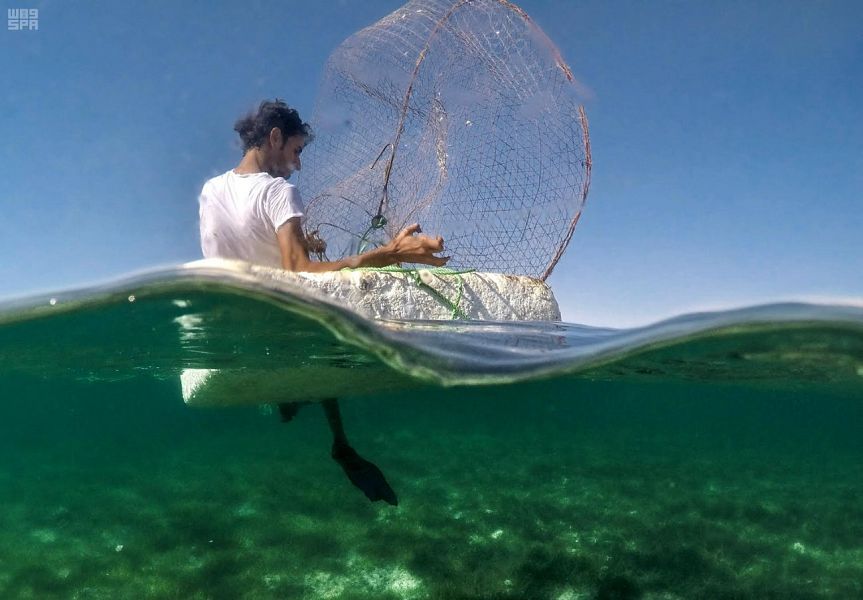 A pearl hunt usually takes place over the four summer months, starting when a black flag is raised on the sailors’ ship and family members bid them farewell.

Once they reach their destination, divers can go underwater as many as 16 times, alternating with their fellow divers. 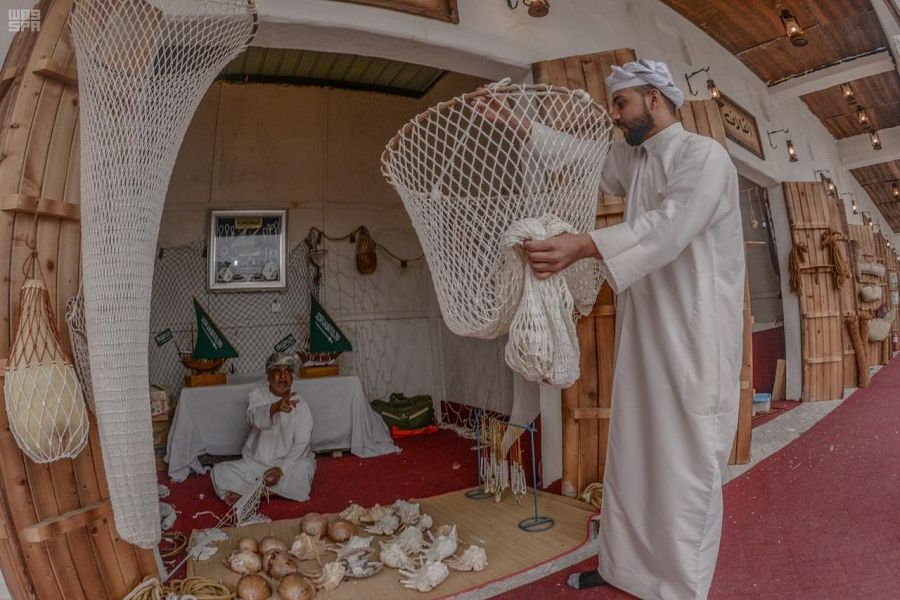 A lot of men historically, depending on psychological and physical strength, were keen on the pearl-diving profession because they often got a greater share of the profits from successful hunts.

Pearl merchants in the Gulf countries sold pearls to major countries such as Great Britain, France, India and Italy. 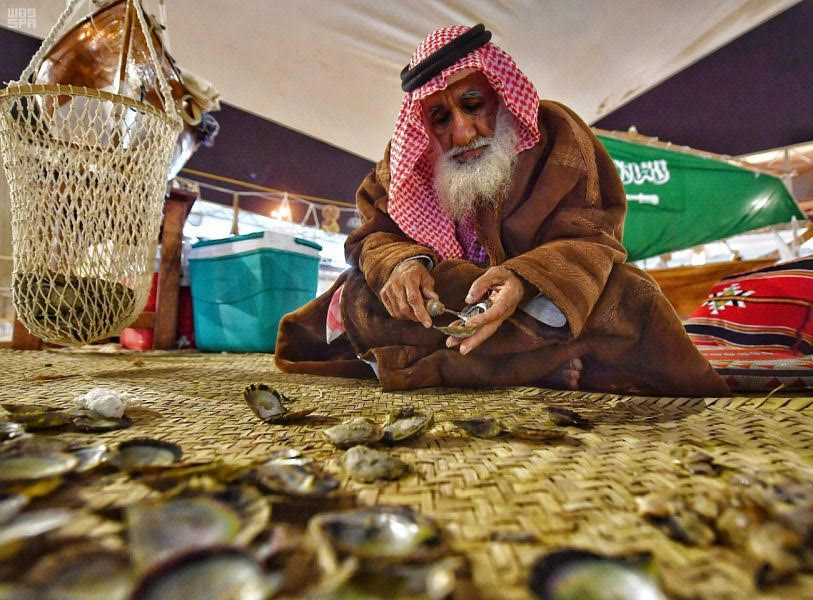 Sailors use different specialized tools on board:

1- Alfitam – a tool the diver puts on his nose to prevent water from getting in.

2- Alkhabt – a glove made from cow skin to protect hands.

3- Zabeen – a rope attached to a pebble or stones and acts as a weight to help divers reach the bottom of the sea.

4- Al-Jarrar – a rope to which the diver is attached in order to lift him up from the water after a completed pearl hunt.