Large groups of pilgrims are keen to visit Madinah historical sites as part of their spiritual journey. Among the most visited locations is Mount Uhud. Pilgrims were seen visiting Shuhada Uhud Cemetery, climbing Al-Rumah Mountain and taking photos for their one of a kind experience. Accompanied by tour guides, the visitors were eager to listen to the story of Uhud and its significance to Islam. Prior to leaving pilgrims buy some dates, Hina, and beads as gifts for their loved ones. 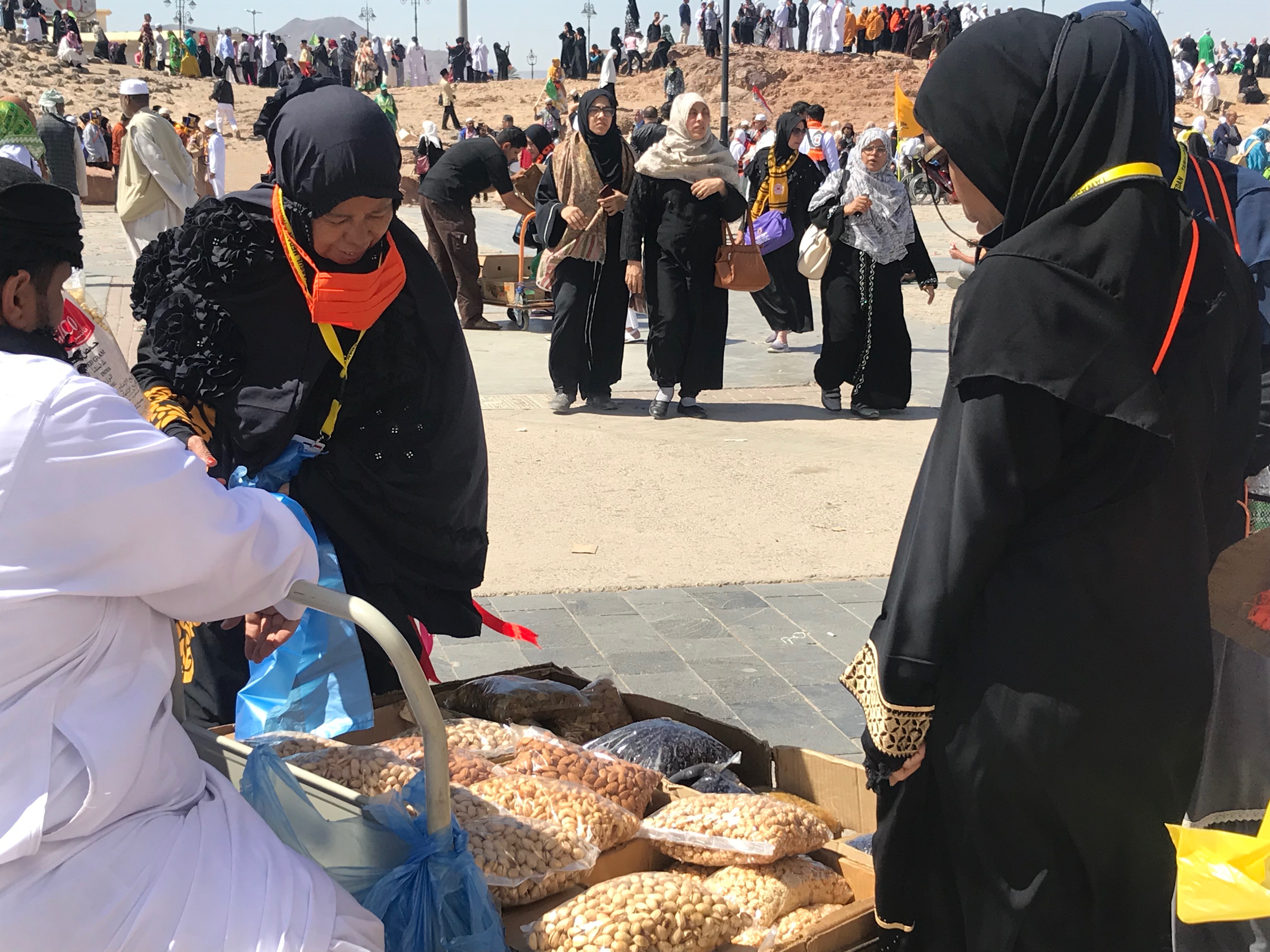 The Story of Uhud

The army of Quraysh headed by Abu Sufian wanted to avenge those who died in Badr and therefore they prepared for a decisive battle to defeat Muslims. Although Prophet Mohammad (peace be upon him) has prepared a well-planned strategy, yet some archers left their spots which resulted in the death of 70 companions including Hamza bin Abdulmuttalib, Musab bin Omair, and Abdullah bin Jahsh. 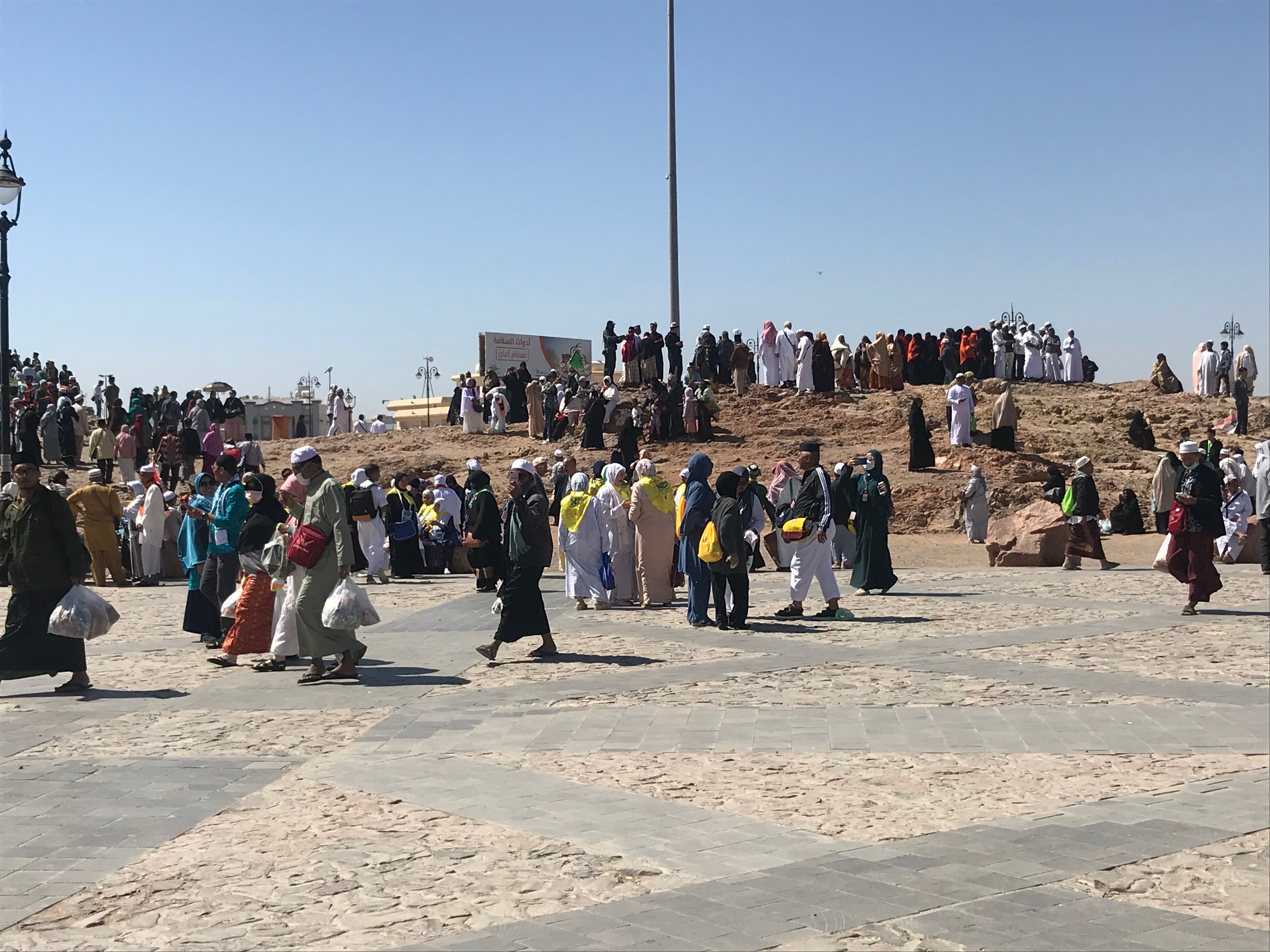 Uhud is one of the main mountains in Madinah. It has been associated with the second most known battle in Islam. The mountain is five kilometers long and is surrounded by various plants and trees. Among its distinguished features is that it is made of volcanic rocks. The Prophet has reinforced its importance in his saying “Uhud is a mountain that loves us and we love it.” 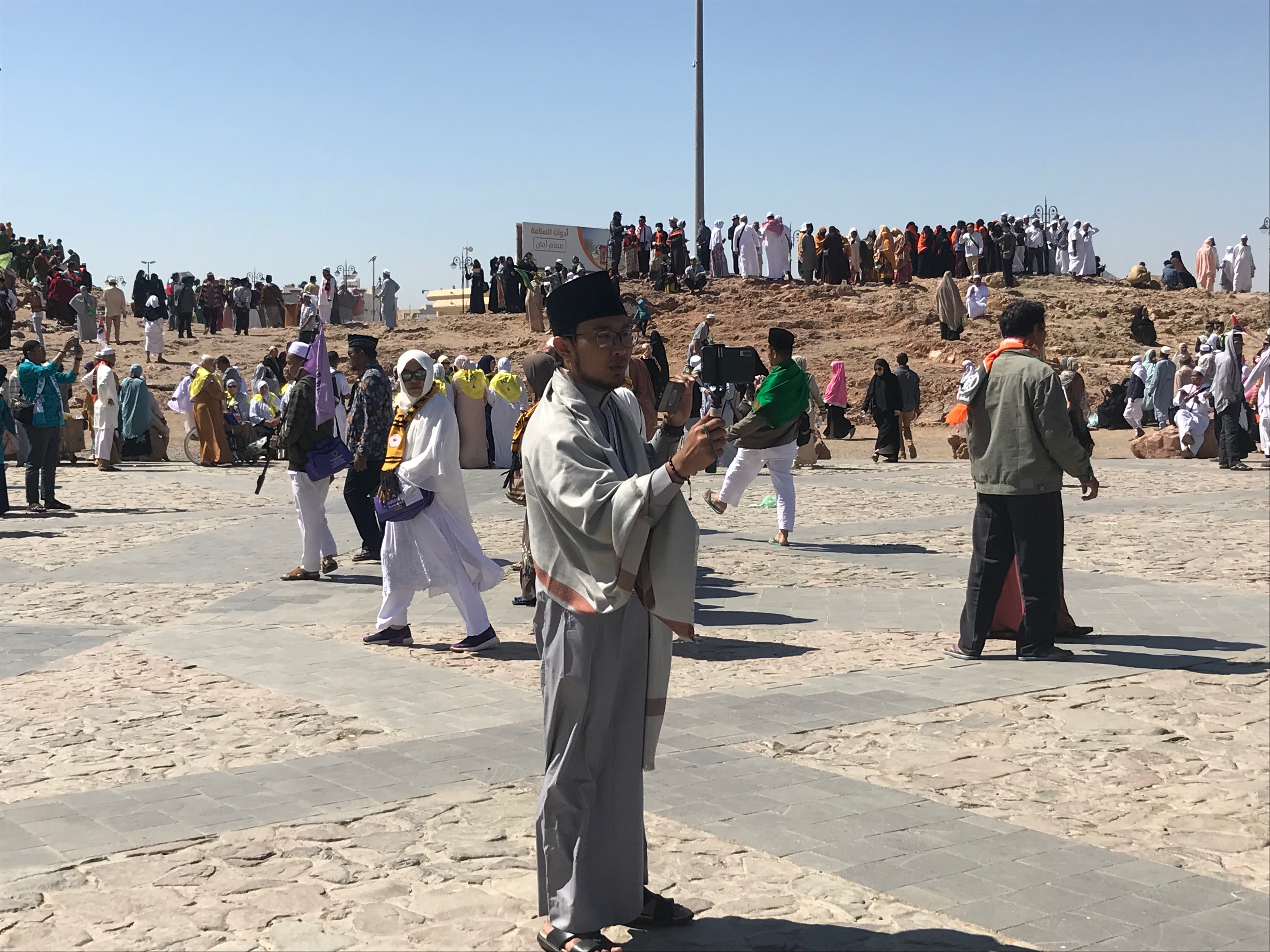 The mountain was known prior to Islam for the name “Ainain” since the small mountain was surrounded by two springs. Afterward, Muslims referred to the mountain by the name “Al-Rumah Mountain” meaning the Mountain of Archers. The mountain is located at the northern area of Uhud.