There are many ancient drawings and sculptures of animals that can be found across the Kingdom of Saudi Arabia and which offer a glimpse into how previous civilizations functioned socially and economically. These animal-themed petroglyphs, usually of camels and mountain goats, have been found in a large number of locations and reflect how previous civilizations relied on hunting and animal husbandry. 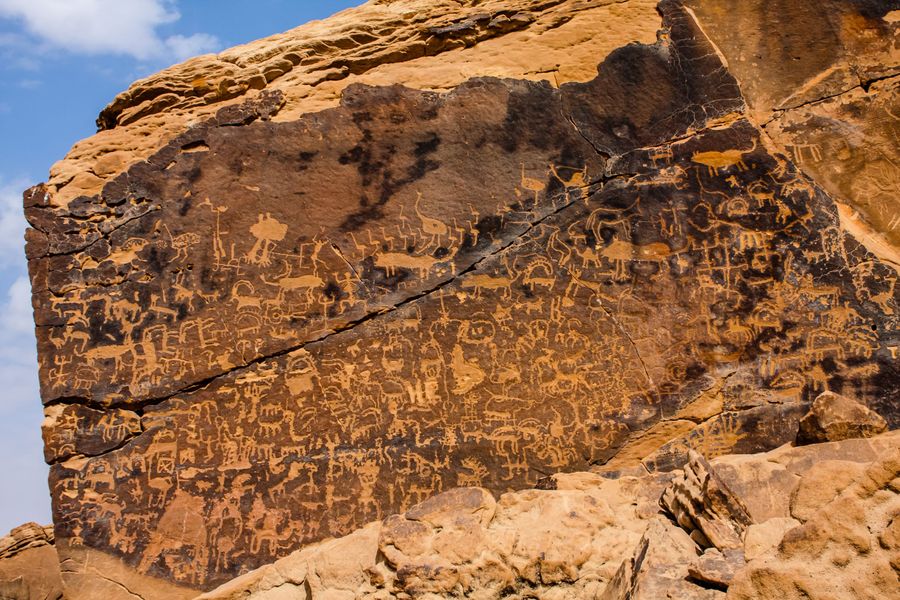 However, many wild animals used to live throughout the Kingdom as documented by these petroglyph sites since prehistoric times, particularly those depicting lions. Wafy covers popular locations where lion-themed rock art and sculptures can be found below:

These two sites are located west of Saudi Arabia and contain many ruins near the ancient city of Dadan, one of the most important historical landmarks dating back to 800 BC. Wadi Al-Ula was an important commercial station and the valley's inhabitants of the time used to rely on agriculture and sheep herding.

Lion sculptures have also been found at the edge of Awerid in Al-Ula governorate, which is known for the fertility of its soil. Overlooking Al-Ula Valley from the west, the edge of Awerid has historic mountains spread along its sides. 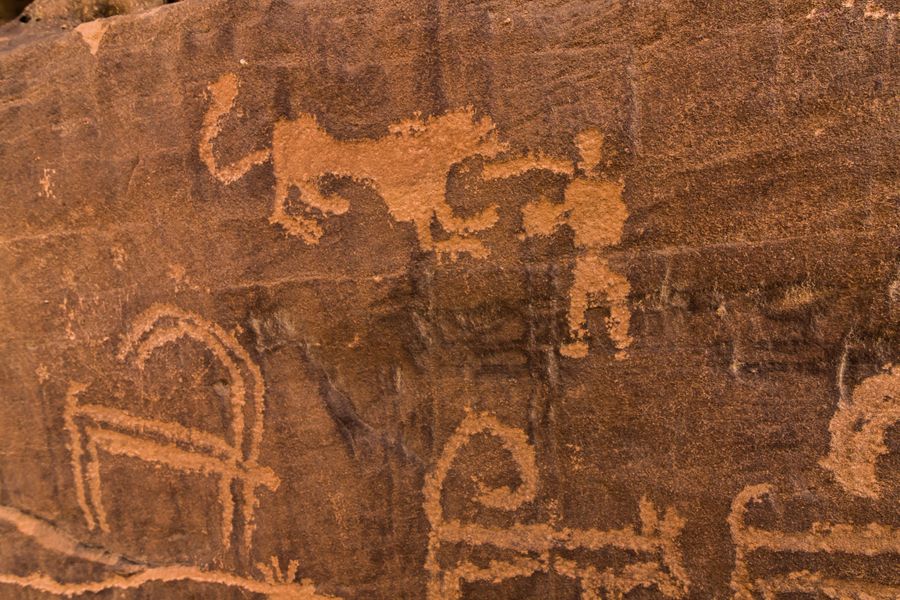 A lion carving can be found on a mountain located in Hail; the site also features many ancient drawings and carvings dating back to the Stone Age and the Thamudic era. The most famous of these is a lion figure visible from the mountain, but petroglyphs of birds, monkeys, mules, camels, horses, sheep and other animals used in hunting can also be found. Sculptures of palm trees can be viewed at the site.

Located in the region of Hail, this site contains various sculptures and writings that date back to 10,000 BC until the Thamudic era. One of the most important inscriptions found is a lion carving as well as various human and animal-themed petroglyphs featuring cows, mule and deer. Some of these carvings are around the actual size of their subjects.

East of Hail are two petroglyphs depicting the hunting of lions in archaeological sites that date back to the third millennium BC. Also at the location are Thamudic rock paintings and inscriptions of hunters holding bows and arrows, camels, horses, palm trees – a reflection of daily life during that period.

Petroglyphs and sculptures of lions have been found in other parts of the Kingdom including Wadi Al-Mutaiwi, Jabal Al-Kawkab in Najran and one of the rocky facades in Asir’s Bisha governorate.