Articles/Al-Qahr Mountains: A world of myth and legend

Al-Qahr Mountains: A world of myth and legend

In the northeast of Jazan province lies the mysterious Al-Qahr Mountains  which have had many myths, legends and stories written about them. Characterized by their rugged nature and diverse terrain, the mountains are located in Al-Raith governorate, about 130 kilometres away from Jazan city. 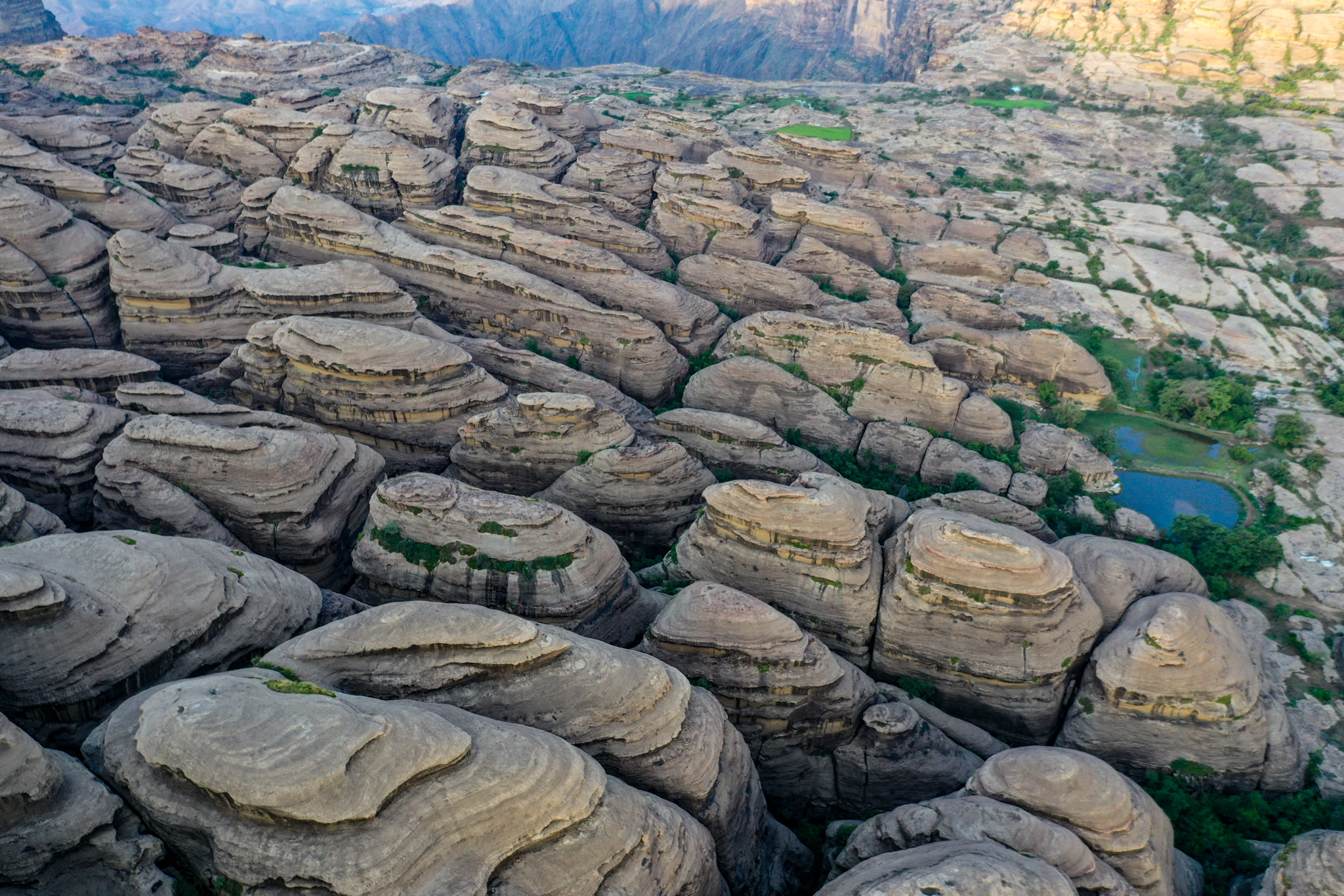 The mountains’ Arabic name translates as “conquer” and was probably given in tribute to their high altitude, impregnable and steep peaks as well as the long and deep ravines that extend to the Lajab Valley. These features make them some of the most difficult to climb in the Kingdom. Some historians believe they were named after the Qahr war, while the locals call them the Zahwan Mountains. 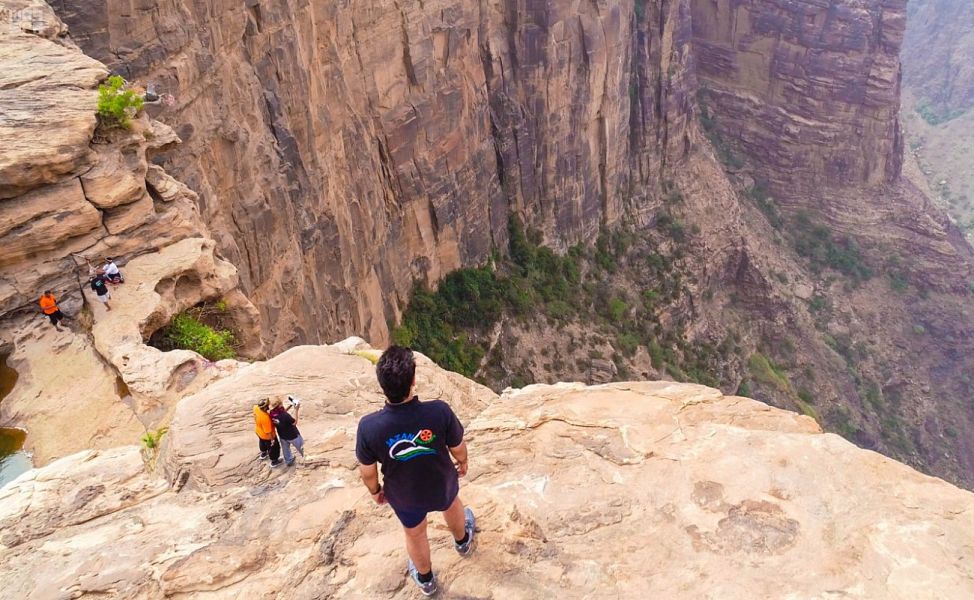 The Qahr Mountains are surrounded by many valleys, including Beesh Valley. They stretch side by side in a cylindrical and picturesque formation, from which narrow valleys branch. They are also covered with dense forests and green coffee trees interspersed with brown rock. 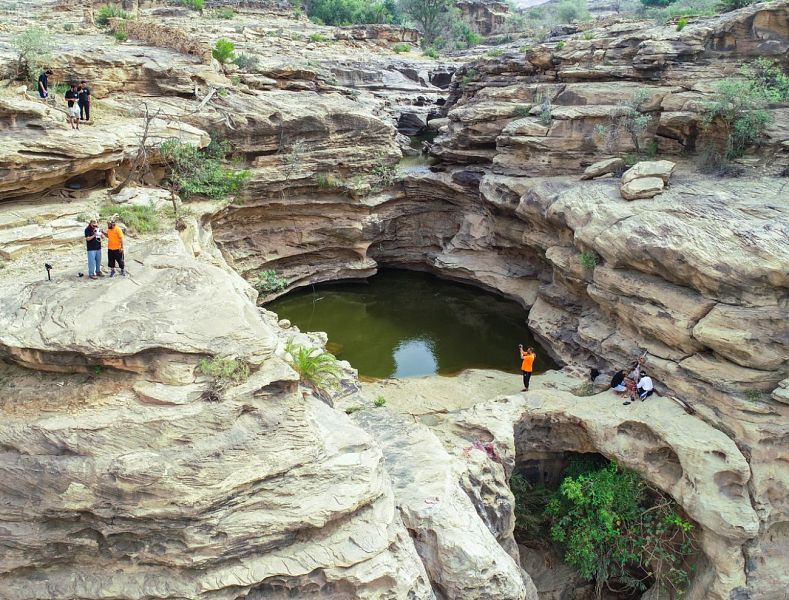 Many historical sites dating back more than 3,000 years can be found among the mountains. Researchers have discovered many remains of bodies preserved in rocky tombs built about 20 meters above ground level. Excavators also uncovered many footprints, some of which belonged to dinosaurs.

Petroglyphs depicting folk dances, plants and animals have been found in the mountain caves, while old houses and mosques can be seen dotted around the location.