Sadu is a Bedouin art mastered and practiced by Saudi women, especially those from Al-Jouf, and characterized by its bright colors. The various patterns reflect the different social statuses of the desert people and inspired by the natural environment they live in. 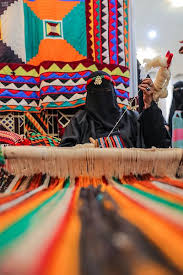 Recently, it has captured global attention as Sadu patterns were used to design the logo for the G20 summit in Riyadh, to be held in November. Modern methods are increasingly used to practice the art, while the Saudi Commission for Tourism and National Heritage is interested in reviving this distinctive craft and the National Crafts and Handicrafts Program is keen to hold training workshops to integrate it into the textiles industry.

Sadu is a type of traditional embroidery that uses raw materials such as sheep wool, camel and goat hair and cotton. Bedouin women have mastered the different patterns, distinguished by their symbols and meanings that differentiate tribes or seasons and which only the locals are familiar with. Al-Jouf region is famous for the manufacture of Sadu, as almost every home has its distinctive piece. This craft is still widespread in the Kingdom and many Gulf countries, unlike many other ancient crafts that have disappeared with the passage of time. 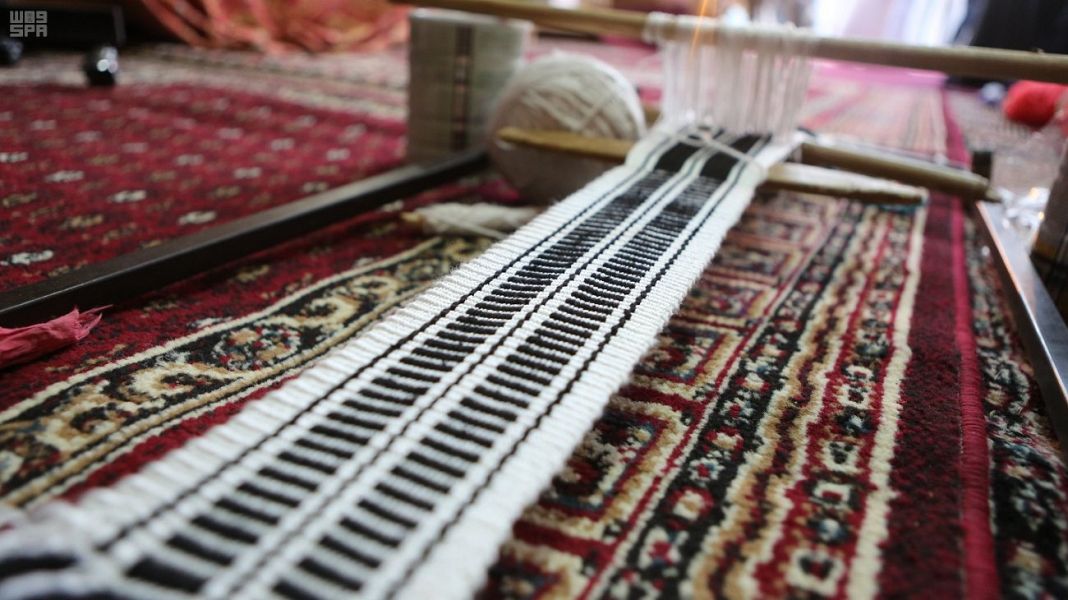 The Sadu manufacturing process begins with the spinning of wool by removing dirt by hand or with wooden combs and combing until the fibers become balanced. The wool is then placed on the spindle in order to pull the fibers, which are subsequently controlled by being positioned under the armpit or between the feet while sitting, and the number of twists controls the strength of the fabric. Fewer twists produce a soft texture, while an increased number produce a more strong and coherent texture. Then the dyeing stage begins with the use of natural dyes extracted from desert herbs; however, nowadays easy-to-use chemical dyes are becoming commonplace. 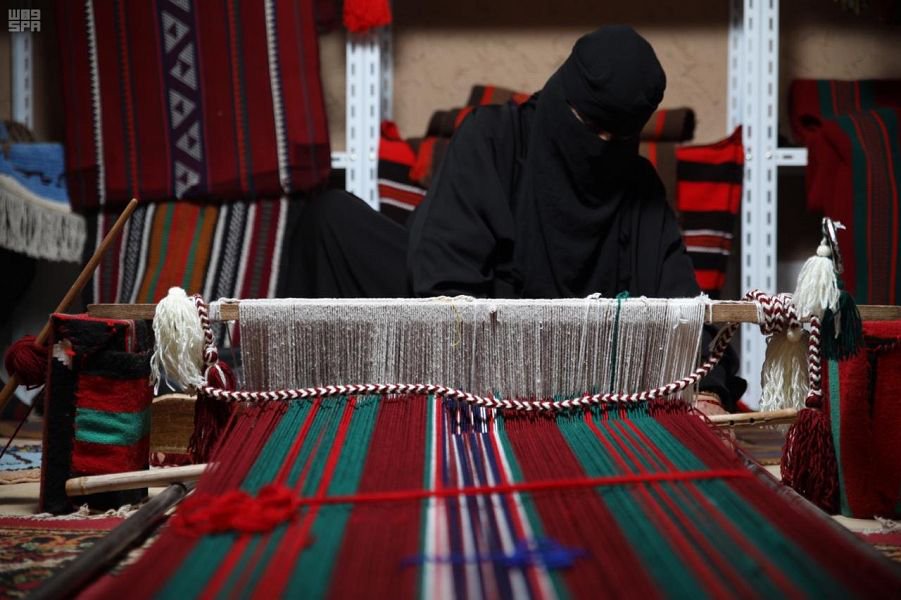 1. Teghzalah: A stick on which the non-spun wool is wrapped; one part ends with a split and a hook in the middle to twirl the wrapped wool and turn it into thread.

2. Al-Nool: Threads on the ground that are attached to four rectangular stakes.

3. Al-Munshza: A rectangular piece of wood with two sharp edges, used to process the strings after they are formed.

4. Al-Mushaa: A wooden stick that the thread is wrapped around in a fan shape.

5. Deer horn: Used to separate the sadu threads and arrange them properly while the motifs and patterns are sewed.

6. Al-Modra: A wooden handle with a short iron arm curved at the end and which performs the same function as the deer horn.

7. Al-Madara: A tool made from iron or wood and used to spread the raw hair in the Sadu piece. 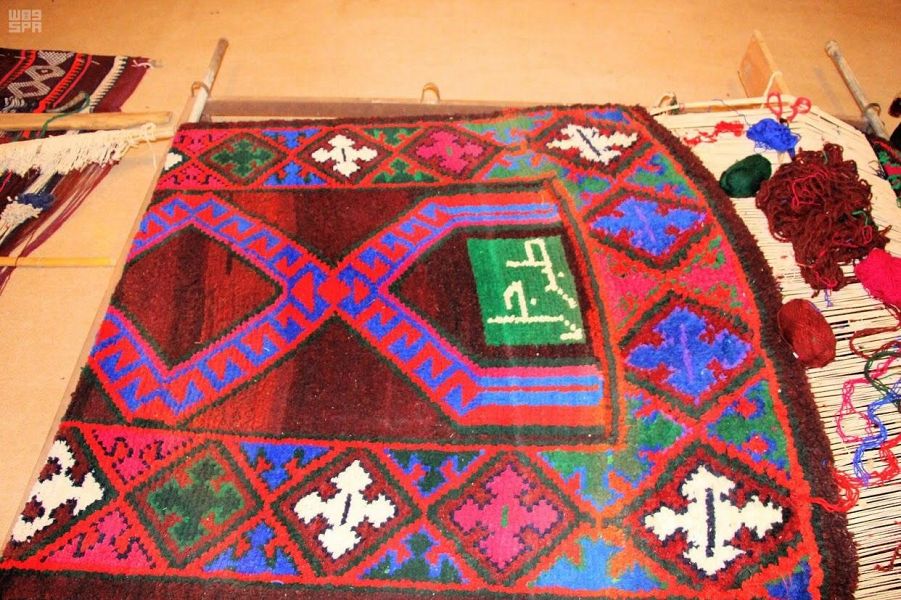 One of the most famous Sadu products is the “hair house”, where Bedouins live. It is made from goat hair tissue and characterized by its strong texture and durability to suit the volatile desert environment. "Al-Safayef" are threads woven in bright colors to decorate camels and horses, while "Al-Shaf" is a piece of Sadu made using one dominant color with patterns of other colors on the outside; it is used on camels for decorative purposes. Other Sadu products include rugs and cushions known locally as “Tekaya” that are used in camping locations and are made from twisted threads. Some clothes are also manufactured using Sadu such as “bishts”, the famous men's garment made from luxurious threads.