One of the first things that come to mind when discussing Ramadan meals is the sambosa, a highly effective appetizer alongside dates, soups and salads for fasting Muslims. When preparing for the holy month, housewives often make and then freeze sambosas with different savory fillings such as spiced potatoes, onions, peas, cheese, meat or lentils. They also come in different shapes, including triangle, cone, or half-moon depending on the region. 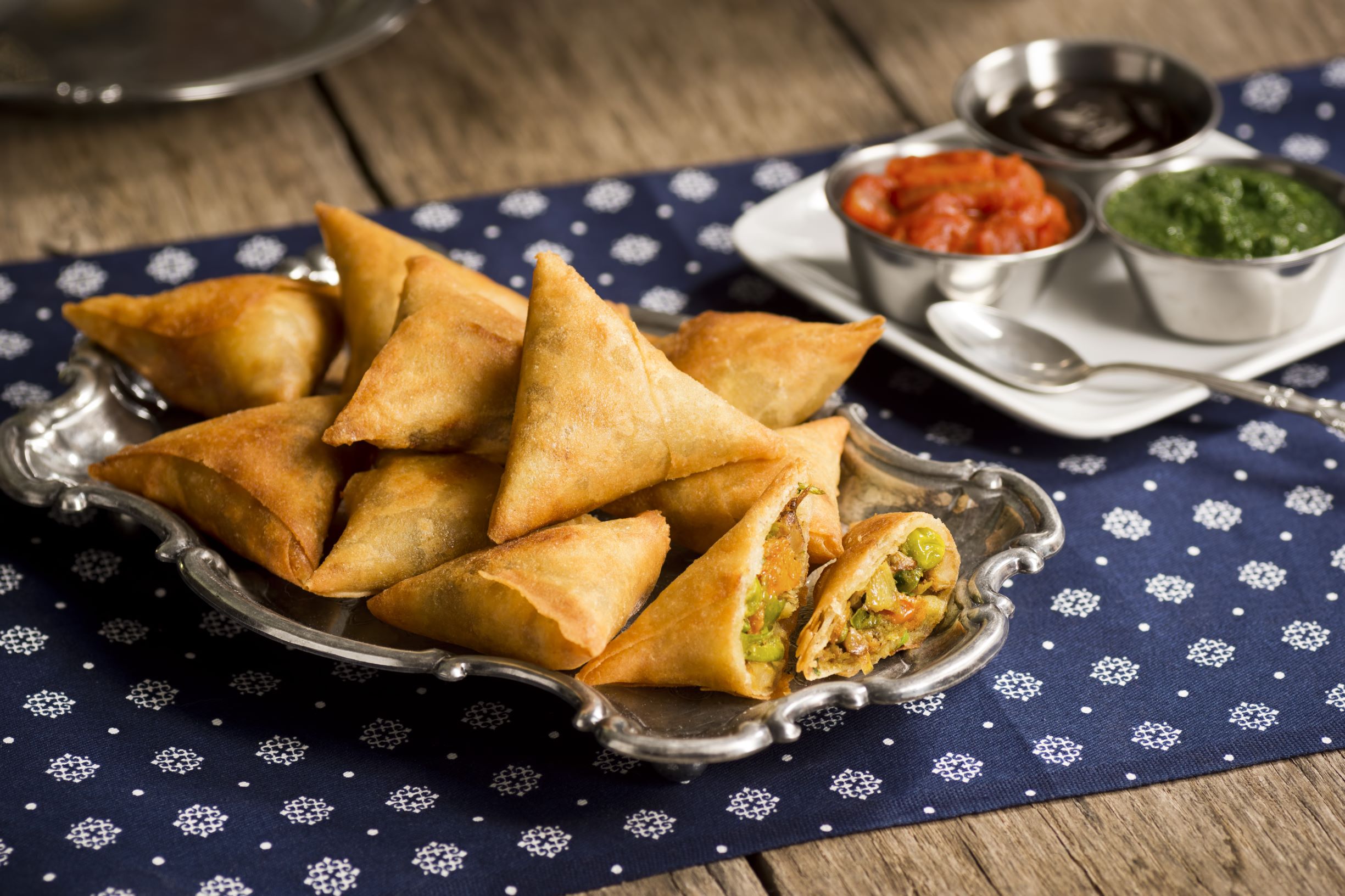 Due to immigration and cultural diffusion, sambosas today are often prepared in many regions including the Indian subcontinent, Western Asia, Southeast Asia, Mediterranean and Africa. According to some historians, the dish originated from India, while others say it could have come from Turkey, the Middle East and Central Asia. One thing is for sure – it is such an immensely popular snack that each country has its own delicious version. 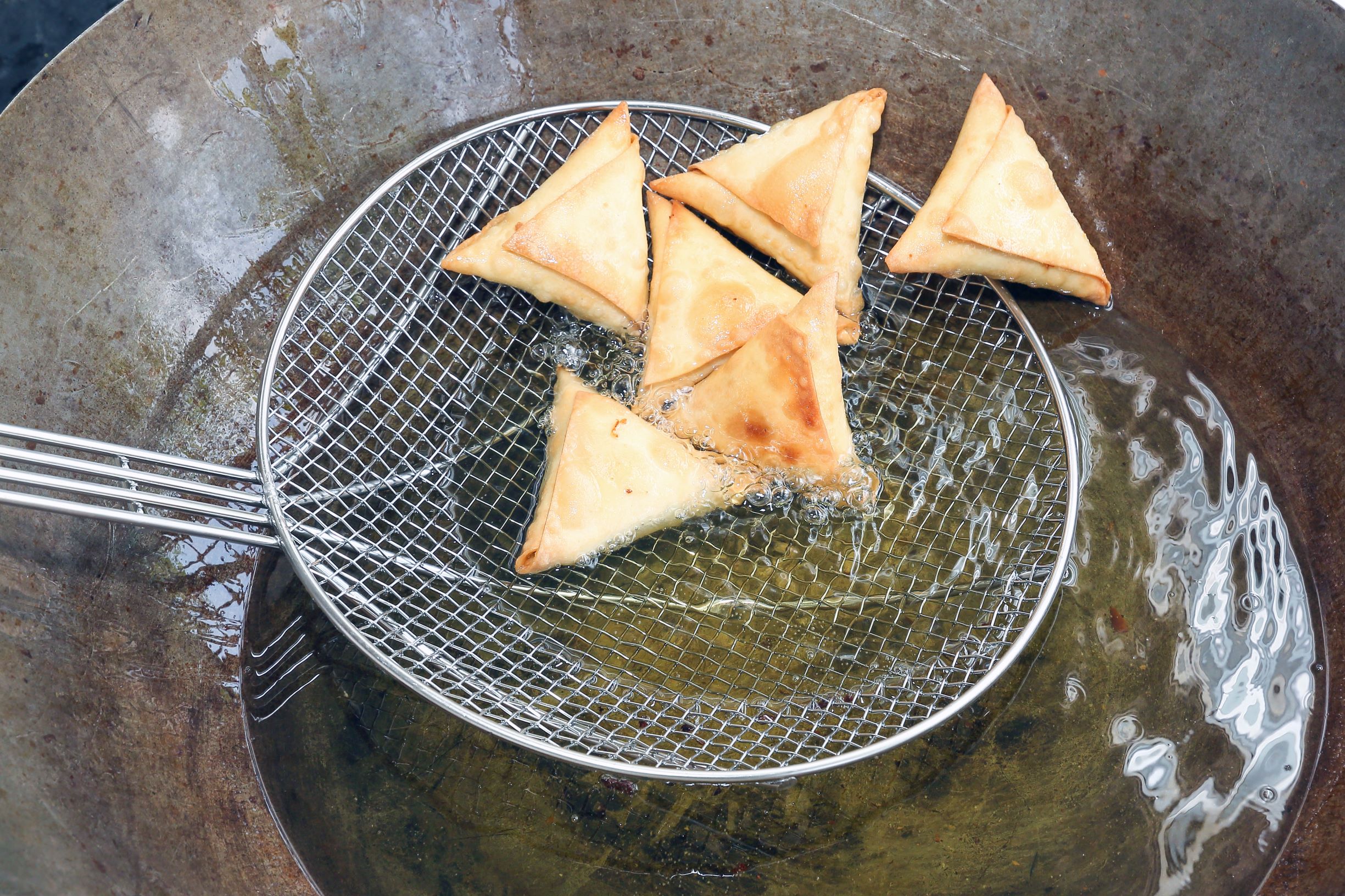 Some Saudis prepare sambosas from scratch by kneading dough using two cups of all-purpose flour, a cup of water and a tablespoon of salt until they reach the right texture to make thin pastry sheets. Each sheet is then stuffed with various fillings and rolled up before being deep fried in vegetable oil until it turns golden brown and crispy. For a healthier choice, Sambosas can also be prepared in air fryers or baked in the oven. 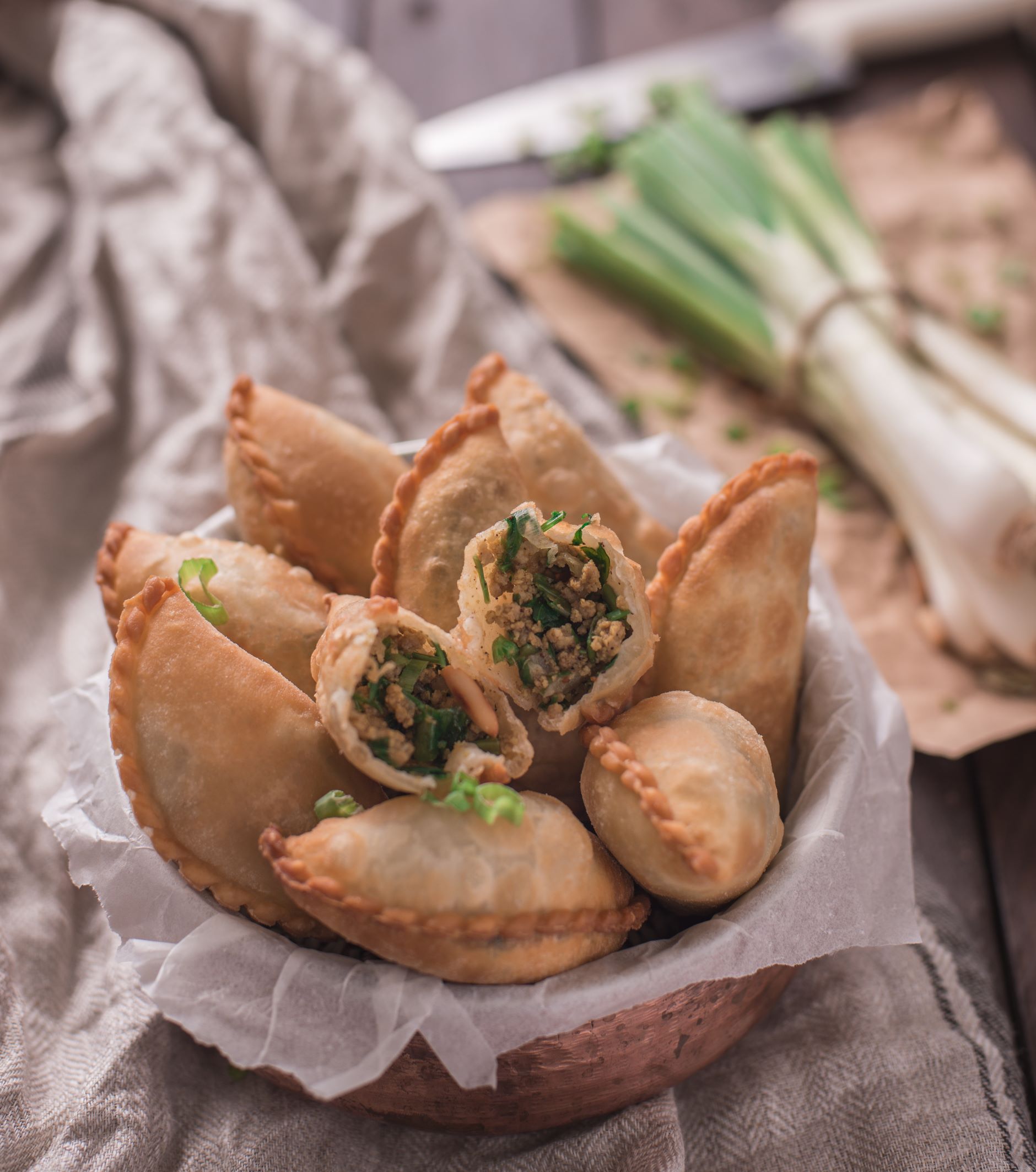 Generally, sambosas are filled with minced meat, carrots, tomatoes and almonds with special spices such as black pepper, cardamom, cinnamon, salt and ginger. Cheese fillings of all kinds are also used such as cheddar, kashkawan, mozzarella or cream cheese; parsley or mint is also added for a more wholesome flavor. Another popular filling is to make a vegetable mix consisting of chopped potatoes, peas, ginger, chili, onions and coriander. 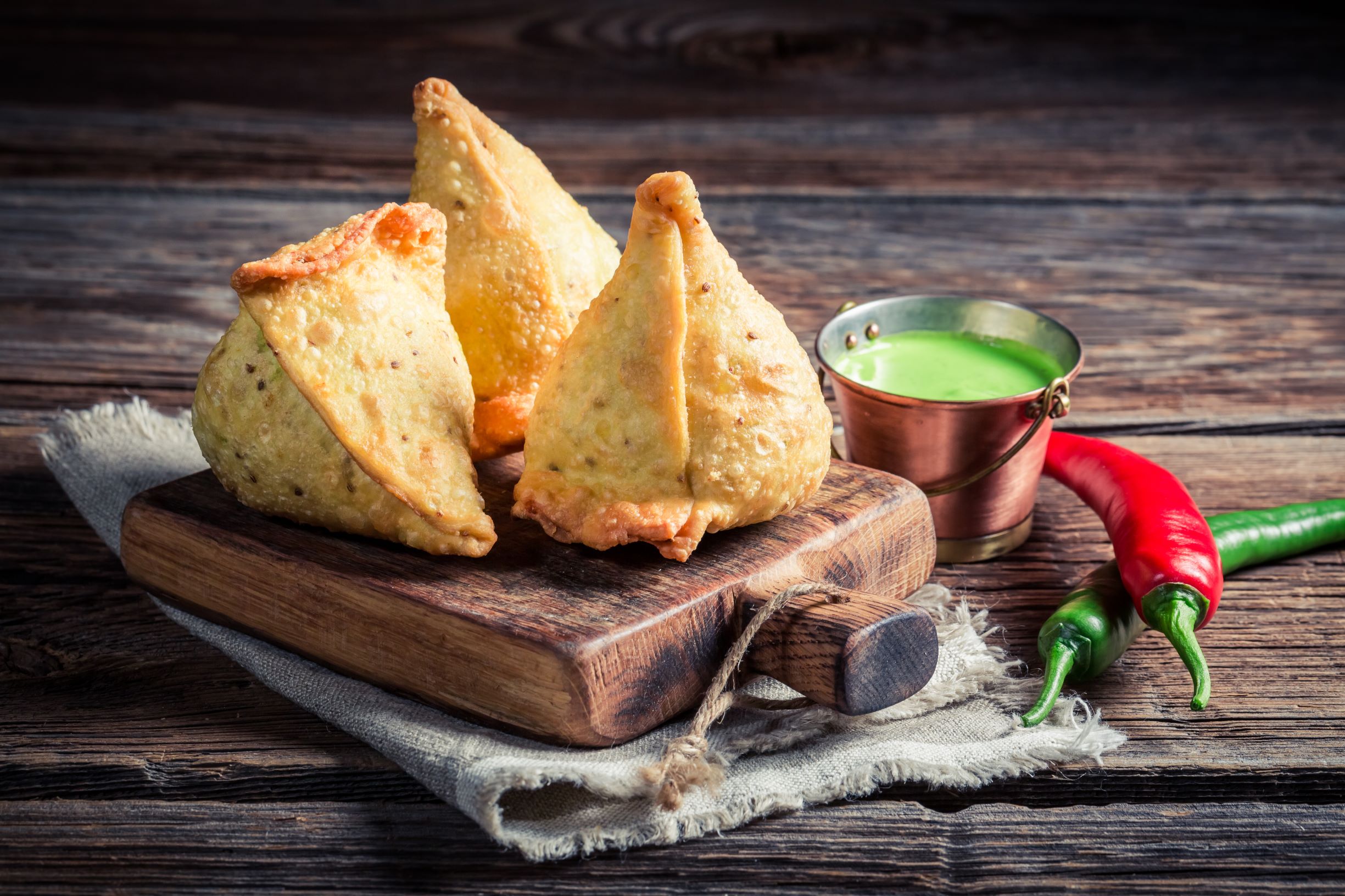 Sambosas are served hot a few minutes before the call to Maghreb prayer. They are sometimes eaten with tomato sauce and herbs. Sweet fillings are also used such as melted chocolate, pistachios or cream cheese alongside a syrup dip.