Hundreds of thousands of years ago, the Arabian Peninsula was a thriving and heavily settled region due to an abundance of water. These early settlers are believed to have left behind strange geometrical stone formations that are considered historical treasures. 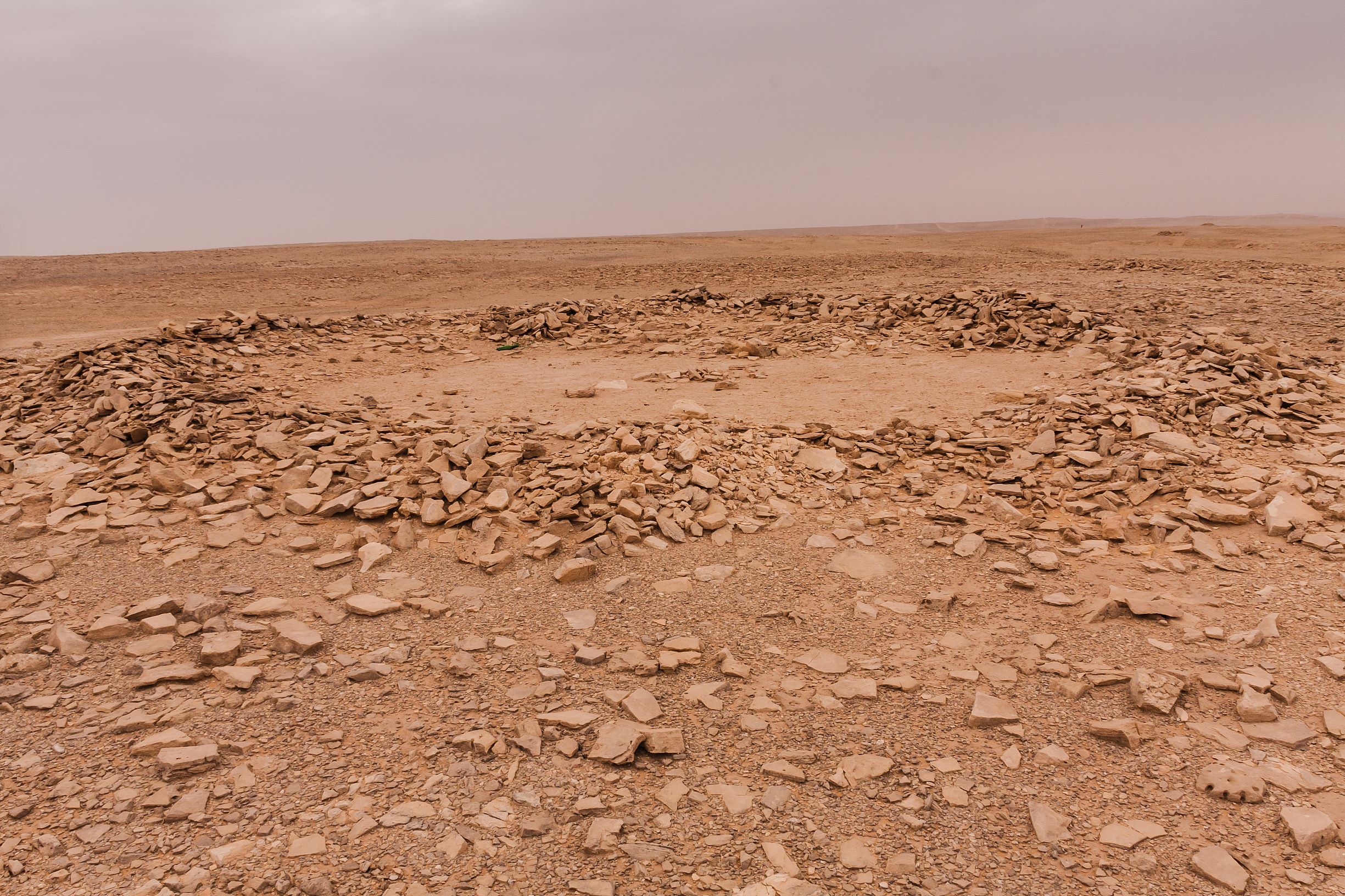 The remains of these can be found scattered randomly across Saudi Arabia, particularly the Neolithic sites in Khyber, north of Madinah. We cover the most prominent of these stone monuments below. 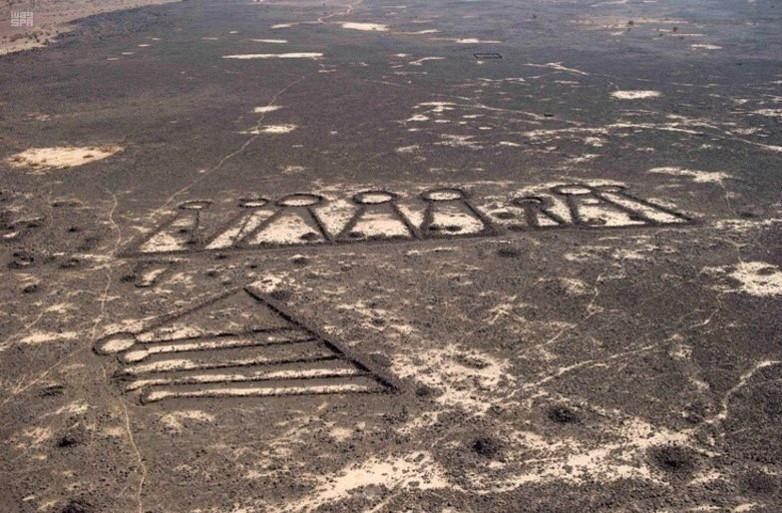 Each formation is usually made up of stones in a particular geometric shape. Where there were urban areas and settlements, dozens of triangles made of volcanic stone can be found lined up opposite each other in a circular formation. Each piece would be about 30 to 50 centimeters high. In the center of the circle was a pile of stone in the form of smaller circle; two straight lines would extend away from the bigger circle until they connected again to form a keyhole shape. 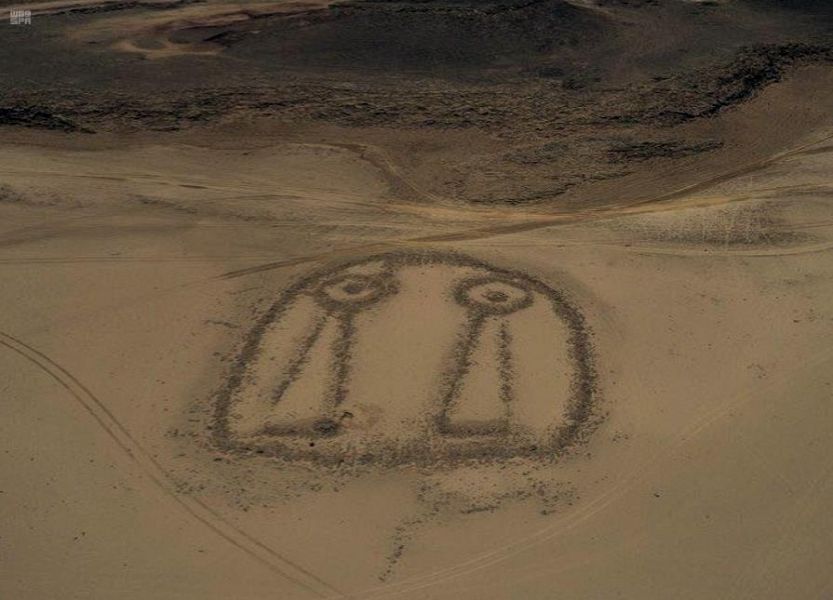 Other formations are circular and from which a straight line protrudes at lengths of up to 1,500 meters. They were built and constructed at around the same time as the stone triangles. 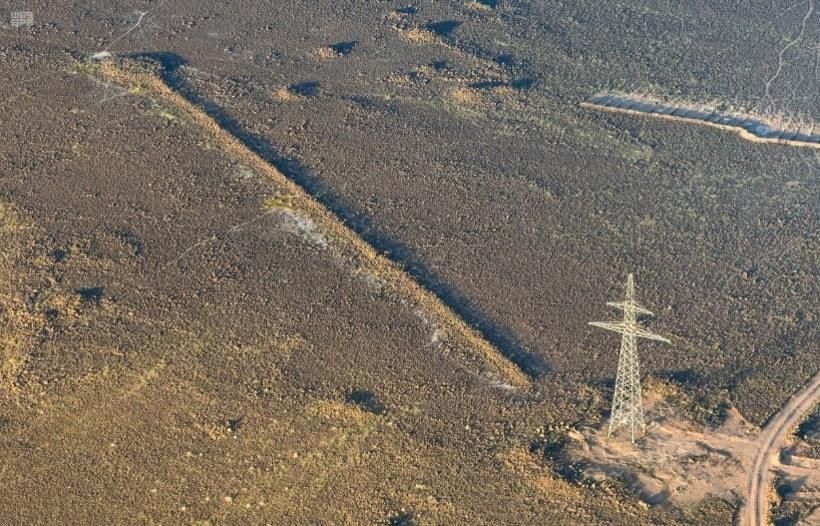 There were various species of animals living in the Arabian Peninsula such as the oryx, mule, and donkey. Ancient settlers used to capture these animals using triangular traps constructed from volcanic stones. The hunter would chase their prey from a valley, river or swamp until it entered the trap. Once the animal reached the tip of the triangle, the trap would spring. 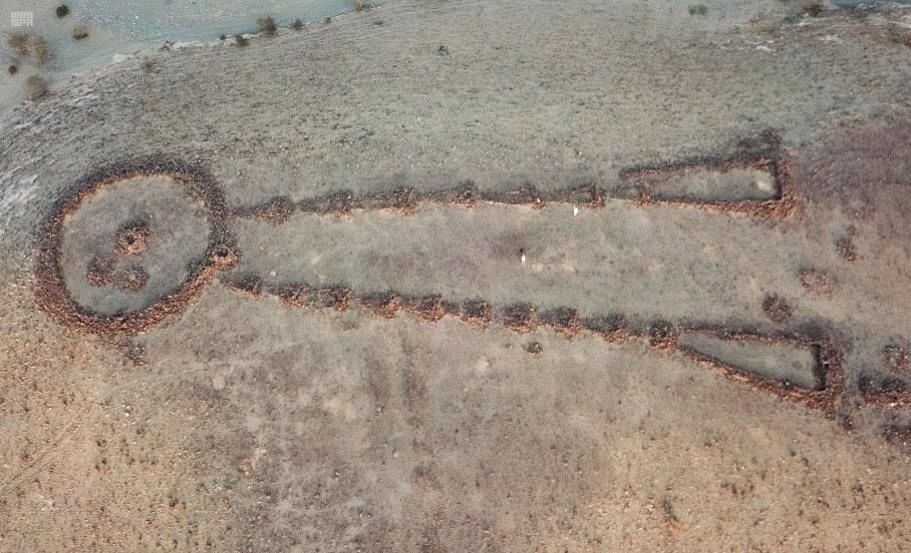 This is the largest stone keyhole-shaped vault in the world dating back to the pre-Stone Age, and its walls have withstood treasure hunters for thousands of years. The vault is located on the surface of an anonymous mountain in Saudi Arabia to preserve its remains. 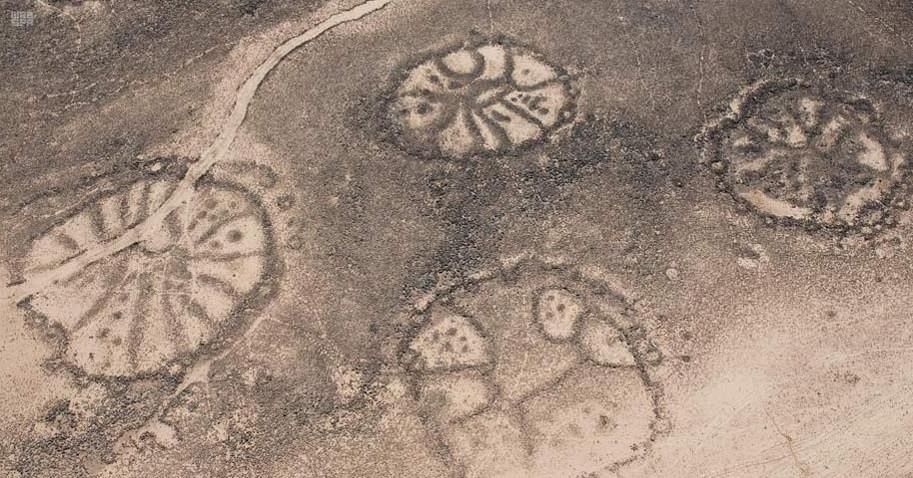 There are dozens of triangular stone formations in and around the town of Fadak. They are not believed to be remnants of caravan routes, desert traps for animals or temples for worship, but most likely ancient graves. Researchers say the size of each individual stone was an indicator of how important the buried person was when they were alive.