The archaeological mysteries of Al-Safinah Mountain

The mountains of the Hasmah Desert southwest of Tabuk are viewed as an open archaeological museum because their rocks are full of Arabic and Thamudic inscriptions dating back more than 2,600 years. In particular, Al-Safinah Mountain has added to region’s beauty because it stands as testimony to the history and immortal language of the Arabian Peninsula.

The name “Al-Safinah Mountain” literally translates as “Ship Mountain”; it was named because it looks like a ship anchored in the middle of the desert when viewed from afar. 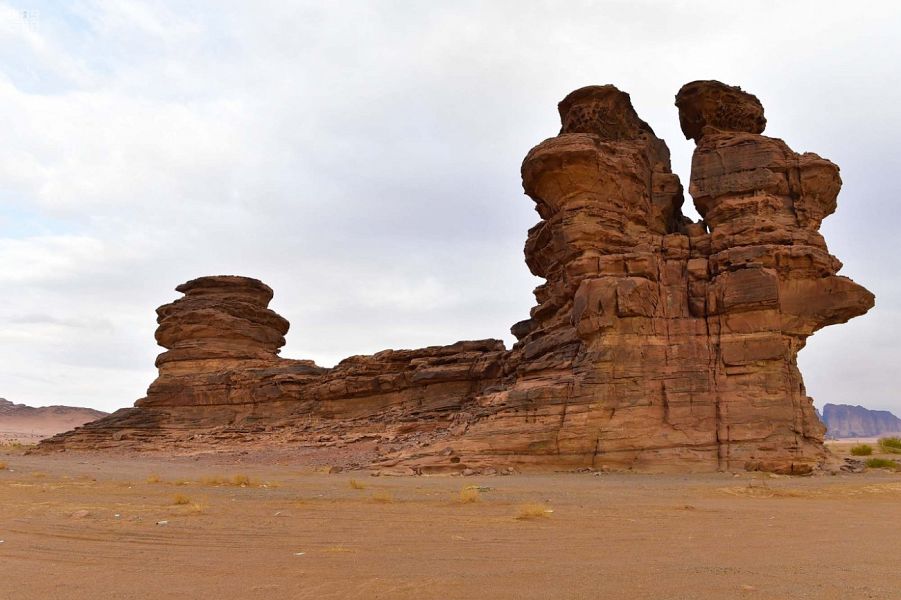 The desert was a station on the ancient trade routes to and from the Arabian Peninsula and is where commercial caravans passed through during successive pre-Islamic and Islamic civilizations. This explains the diversity and abundance of petroglyphs on the mountain rocks. 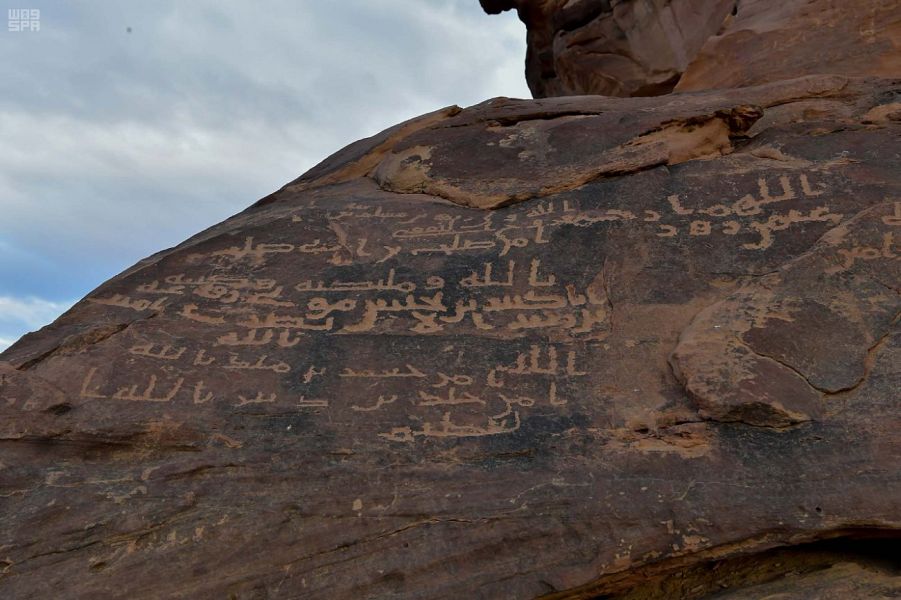 Almost every part of the mountain is inscribed with ancient Thamudic and Arabic writings in the Kufic font type. Some Arabic inscriptions are written in the Hashemite dialect similar to the Nabataean dialect. 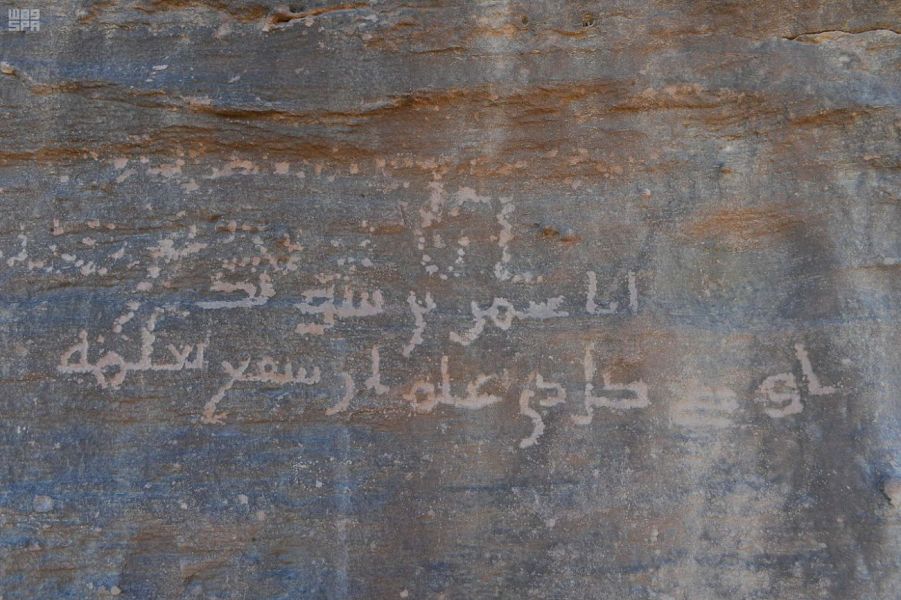 Two key inscribed phrases translate as “I am Umar bin Suwaid”, and “I advise everyone to share their knowledge with the world.” Such writings document these people’s journeys and lifestyle, emphasizing the historical legacy of this mountain that continues to attract researchers and Arabic linguists.