Dating back to the fourth century, the name of Riyadh literally means “gardens” in Arabic and is named after its greenery, orchards and streams. The Saudi capital is famous for many gardens that has become tourist attractions for residents and visitors, especially during the spring season.

Covering an area of 32 square kilometers, Al-Tanhat is considered one of the most beautiful features of Riyadh and is where visitors can experience the beauty of distinctive nature and vast greenery. It is located in north Riyadh and popular during the rainy seasons because it encourages beautiful flowers to bloom and different wildlife to come out, similar to green spaces in Europe.

Al-Tanhat is surrounded by the Al-Dahna desert from the east and many valleys including Al-Shawki, Al-Tiri, Al-Atash and Al-Wadi. It also features acacia and Sidr trees as well as tulips and lavender. 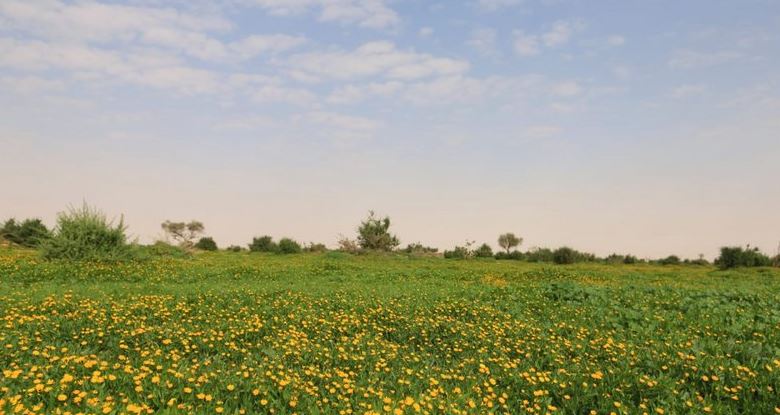 Khuraim garden is one of the most luxurious gardens in the capital. It is located 100 kilometers away from Riyadh near Rimah province and home to rare animals such as Reem deers, Houbara birds, and ostriches. It is also famous for many well-known wild plants and herbs, such as rumen, shamrock, basbas and many others.

Located 80 kilometers away from Riyadh, Al-Khafs is the closest garden to the capital out of those featured on this list and features many valleys filled with water, including Shoaib Molhem, Shoaib Daqala, and Shoaib Mahraqa. It is characterized by its shamrock plants and sparse numbers of trees. It is surrounded by sand from the west and the Arama Mountains from the east.