The blessed nature of Wadi Al-Aqeeq

Wadi Al-Aqeeq is considered one of the most blessed valleys in Islam and has been cited as such by many hadiths (teachings of the Prophet, peace be upon him). Situated west of Madinah, many companions and followers built themselves houses and castles in and around the location such as the restored Castle of Urwah bin Zubair that still stands today.

The area is an integral part of the Kingdom’s history and civilization and has been mentioned in many academic books that have charted cultural and social development in the Arabian Peninsula. 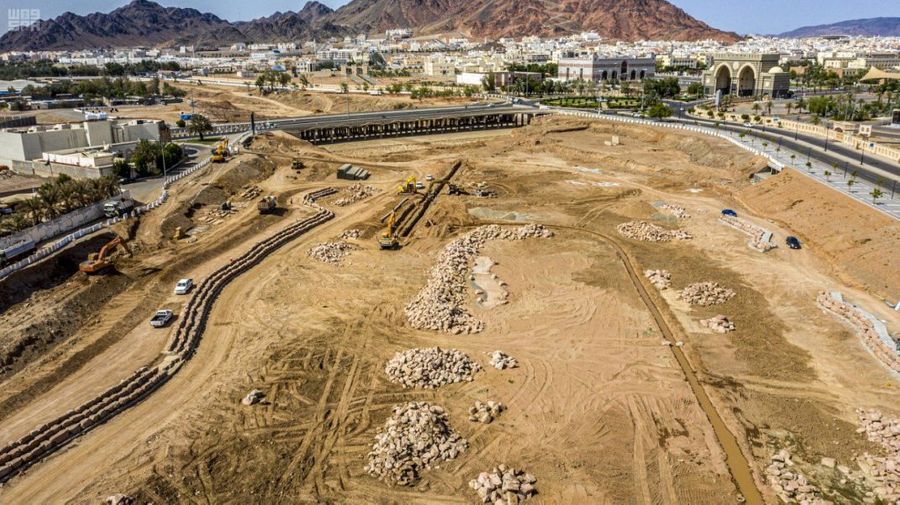 The valley’s water flows on the outskirts of Madinah to Jabal Eir, which is also called Aqeeq Aqsa. The valley passes by Jabal Eir until it meets the Bathan Valley near the Qiblatain area and then veers north before hitting Qanat Valley in the north-east of the city. Wadi Al-Aqeeq is particularly abundant with water in the winter months and is believed to have been formed by a fissure near Madinah.

Historical texts confirm many palaces were built on the valley’s banks, especially during the Umayyad and Abbasid eras. In fact, it was not uncommon to see large houses, farms and orchards in the region. The palaces, some of which are still standing, were believed to have belonged to prominent companions and family members of the Prophet (pbuh), including Saad bin Abi Waqas, Sayyida Sakina bint Al-Hussein, Marwan bin Al-Hakam, and Urwah bin Zubair.

Historical sources have also confirmed that the waters of Wadi Al-Aqiq were sweet in taste and supplied the people of Madinah. One prominent well, built to serve the local citizens, is Urwah well that draws water from Jabal Eir and is located inside Madinah.