The cultural heritage of Saudi handicrafts

Craftspeople across the Kingdom have continued to produce traditional handicrafts for generations despite technological advancements and globalization. Their wares attract tourists in popular souks and heritage festivals. Wafy gives you a rundown of the most popular of these crafts that form important components of Saudi identity. 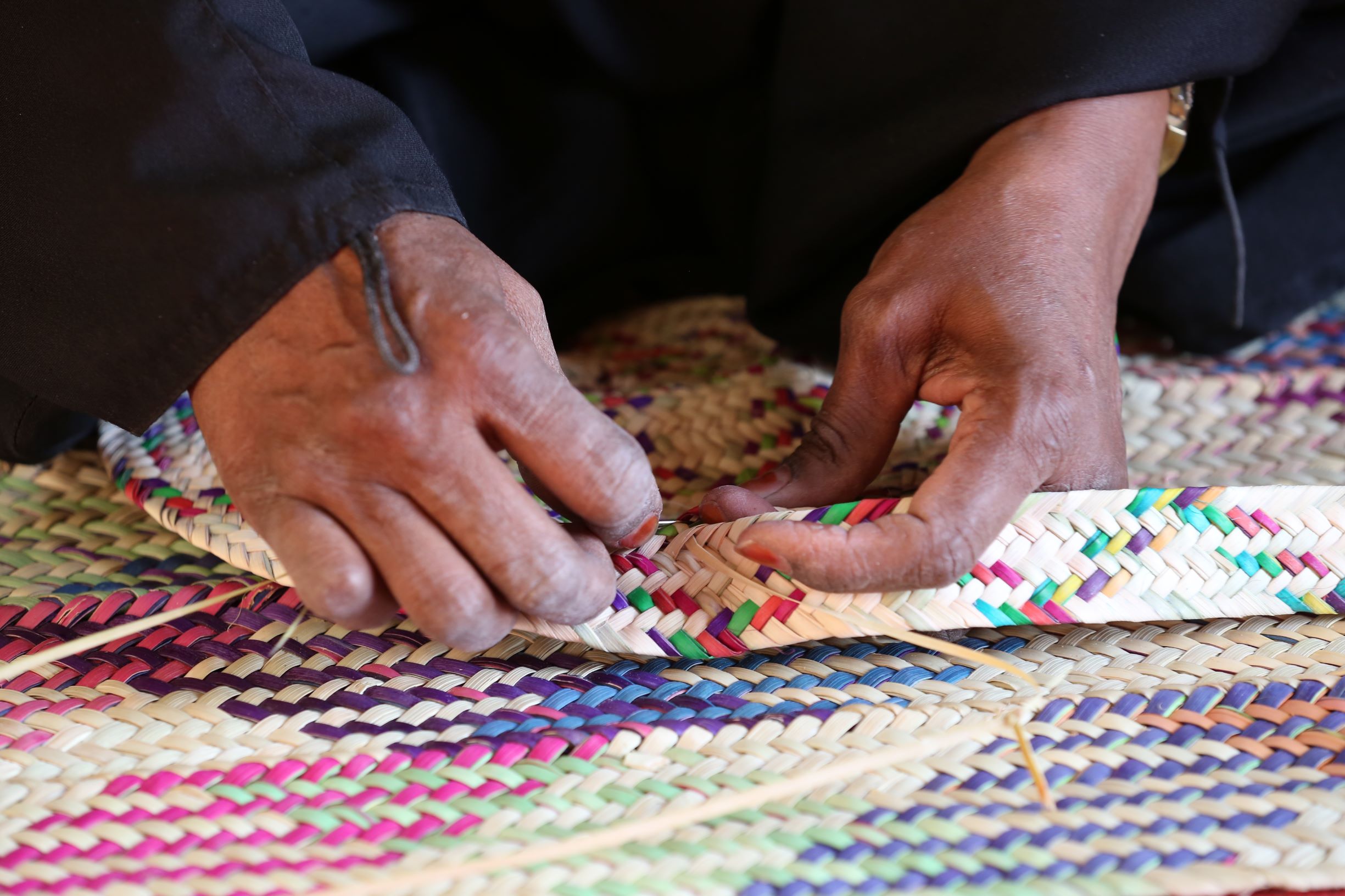 Al Khaws is an enduring profession, particularly as it involves crafting products from palm trees – an important symbol of Saudi Arabia. Products like baskets, trays, and fans are still used by citizens, you can find these and more in the old traditional markets. 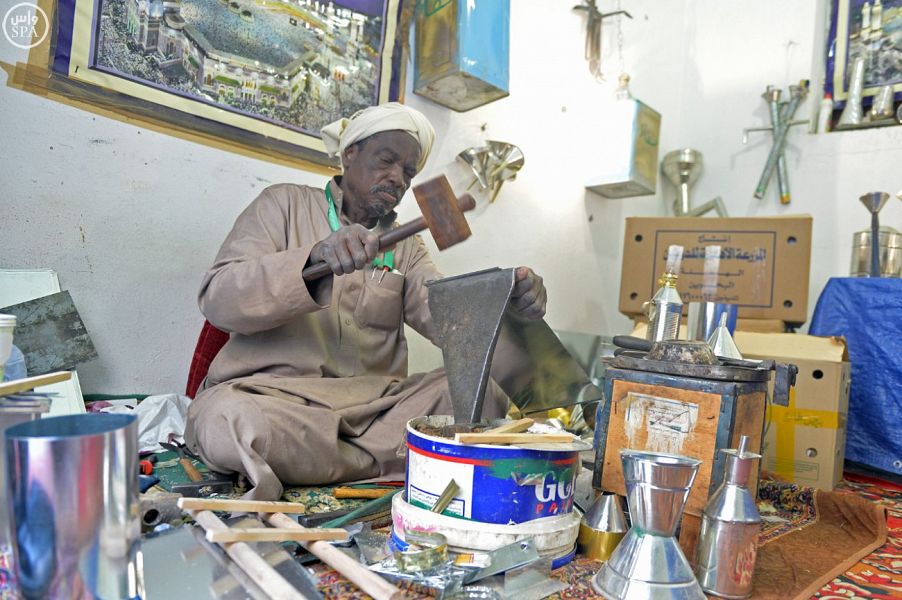 Tanak refers to a craftsman who manufactures cans from iron metal mixed with tin. The profession was an extension of the copper utensils trade. 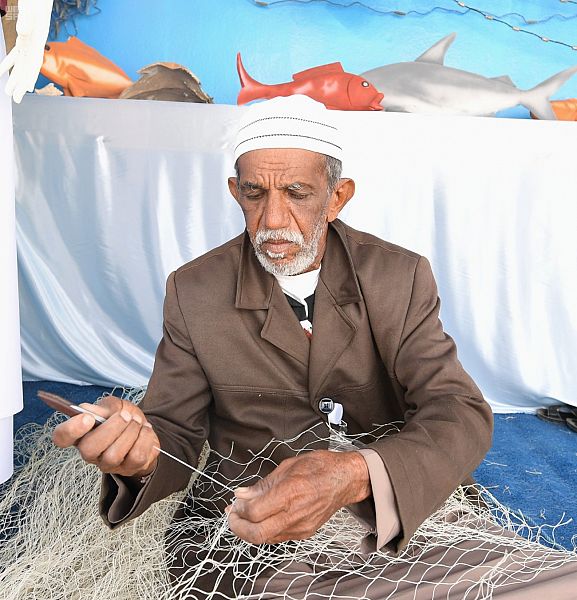 One of the common crafts in coastal cities, fishermen would make their hooks and nets from metal wire and attach them to a semi-circular cage called Garageer. 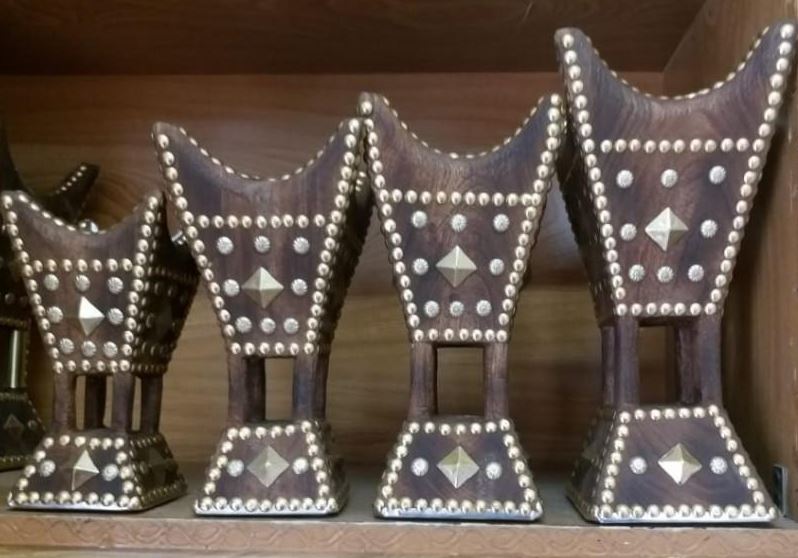 Despite the development of modern incense burners, traditional wooden ones still remain in high demand. The latter is meticulously handcrafted using copper nails or tin. 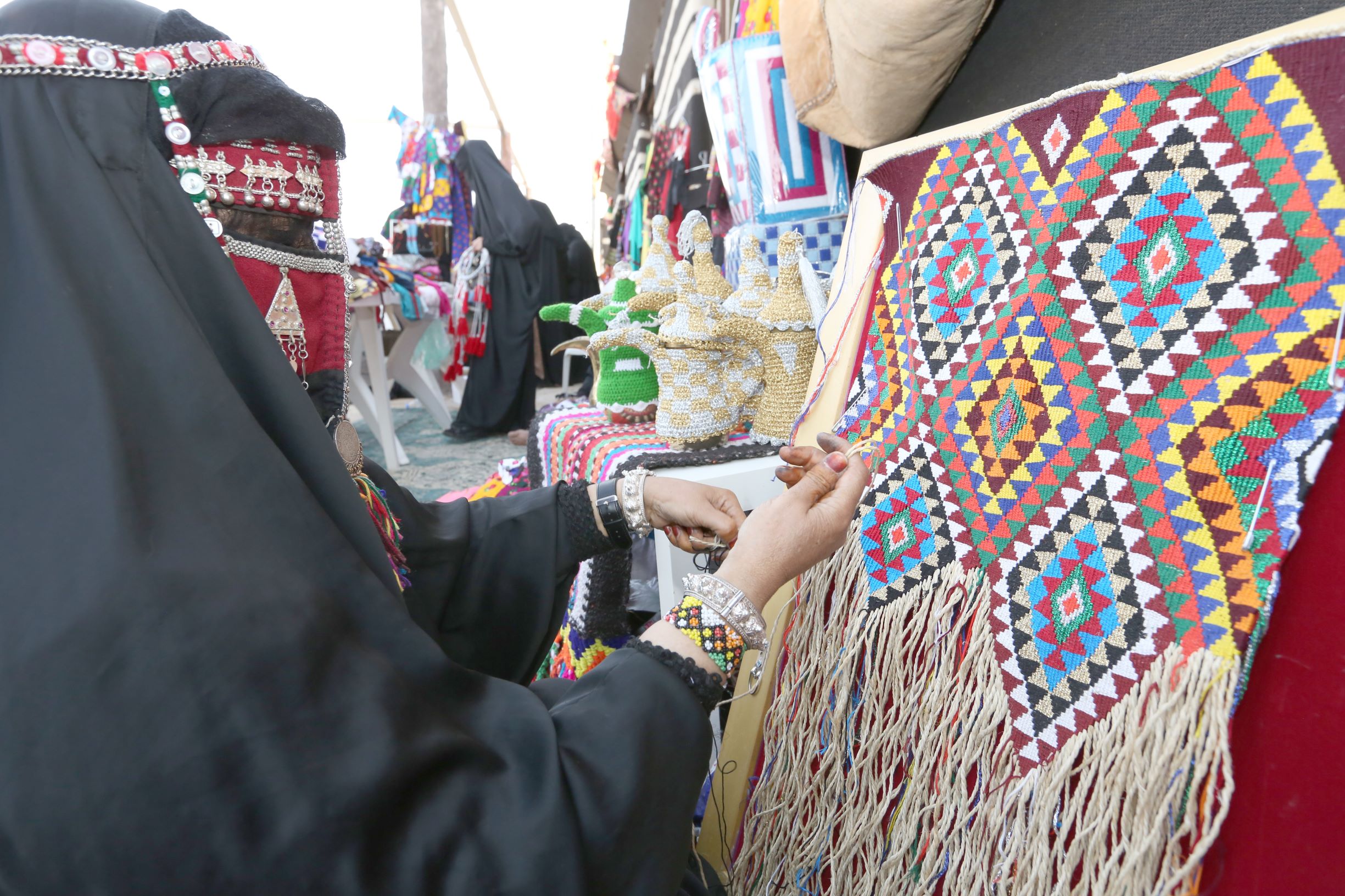 Bedouin women are known for their mastery of textiles, which includes many sub-professions such as weaving carpets, tents, bedspreads, murals, pillows and wool clothes. They are also famous for adeptly knitting traditional clothes such as the bisht, the traditional men’s outfit famous in Al-Ahsa. 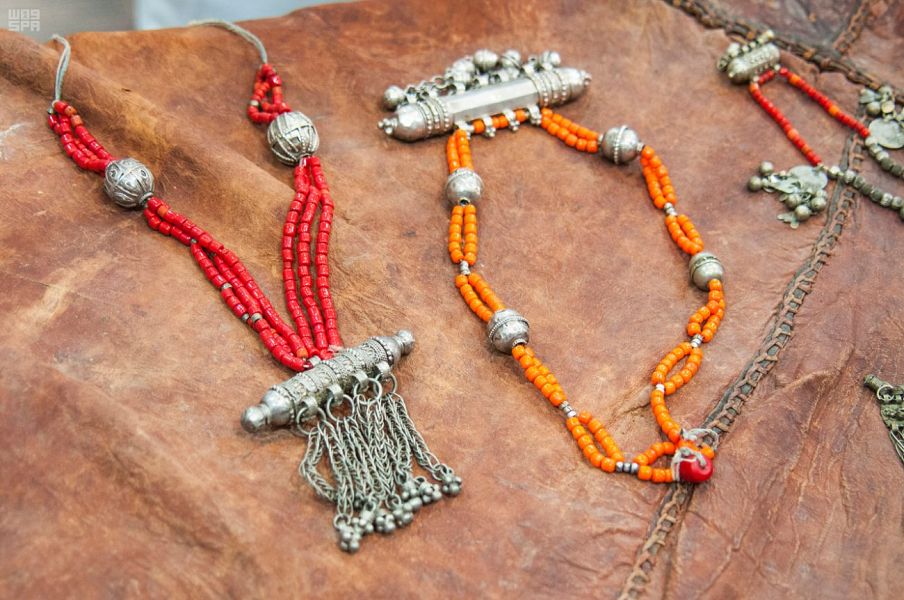 The art of making jewelry from silver, gold, precious stones, pearl, iron and cotton is one of the traditional handicrafts that spread throughout the Kingdom and influenced by other nearby cultures. 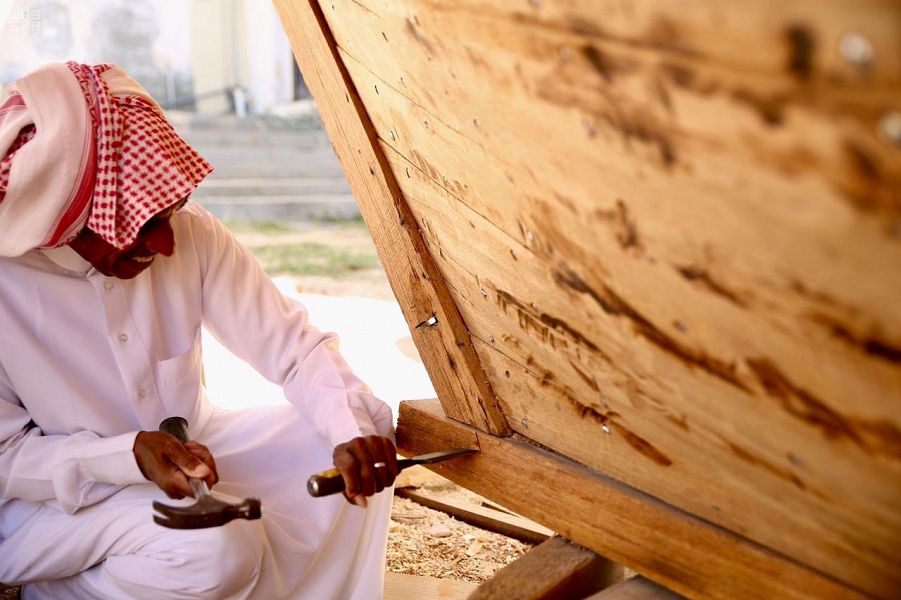 Shipbuilders, known as Qallaf, are the architects and craftsmen of old wooden ships. They carry out carpentry work and accurately determine the required dimensions for the vessels. 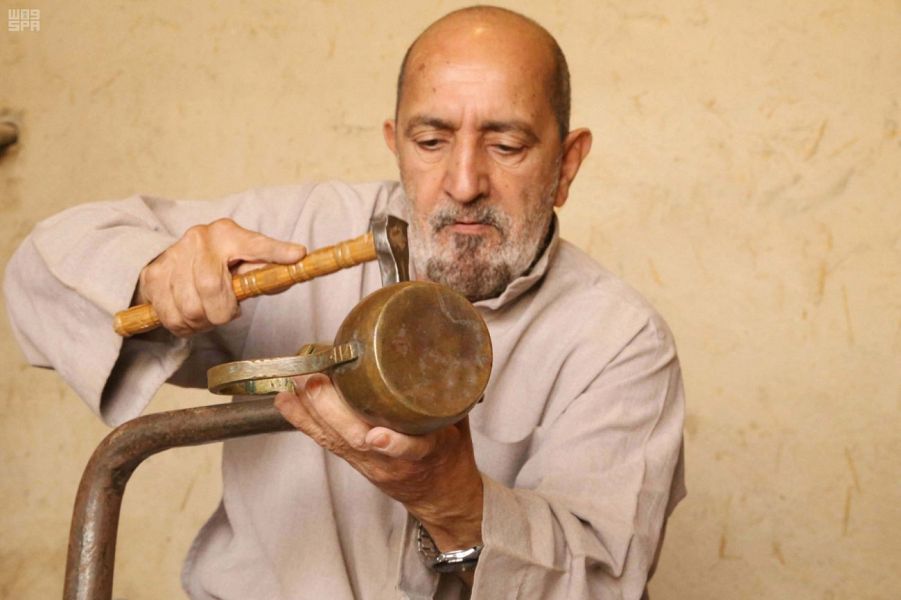 So widely spread is this craft, the pots used to serve Arabic coffee typically come in a variety of shapes and styles depending on their area of manufacture. 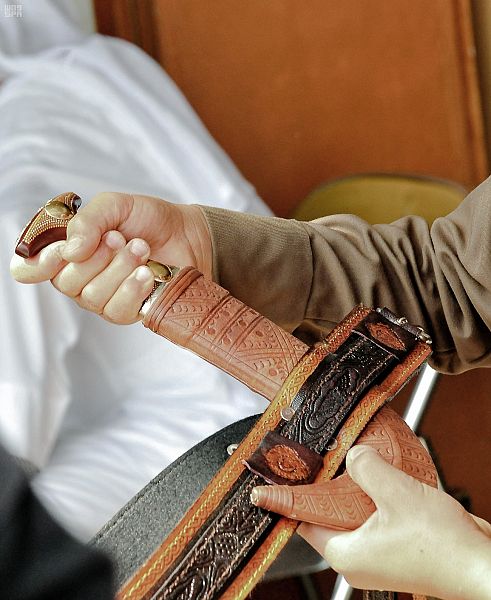 A type of Arab dagger, the Janabiyah is placed on a belt around a man’s waist. It serves as a traditional accessory and an expression of cultural heritage. 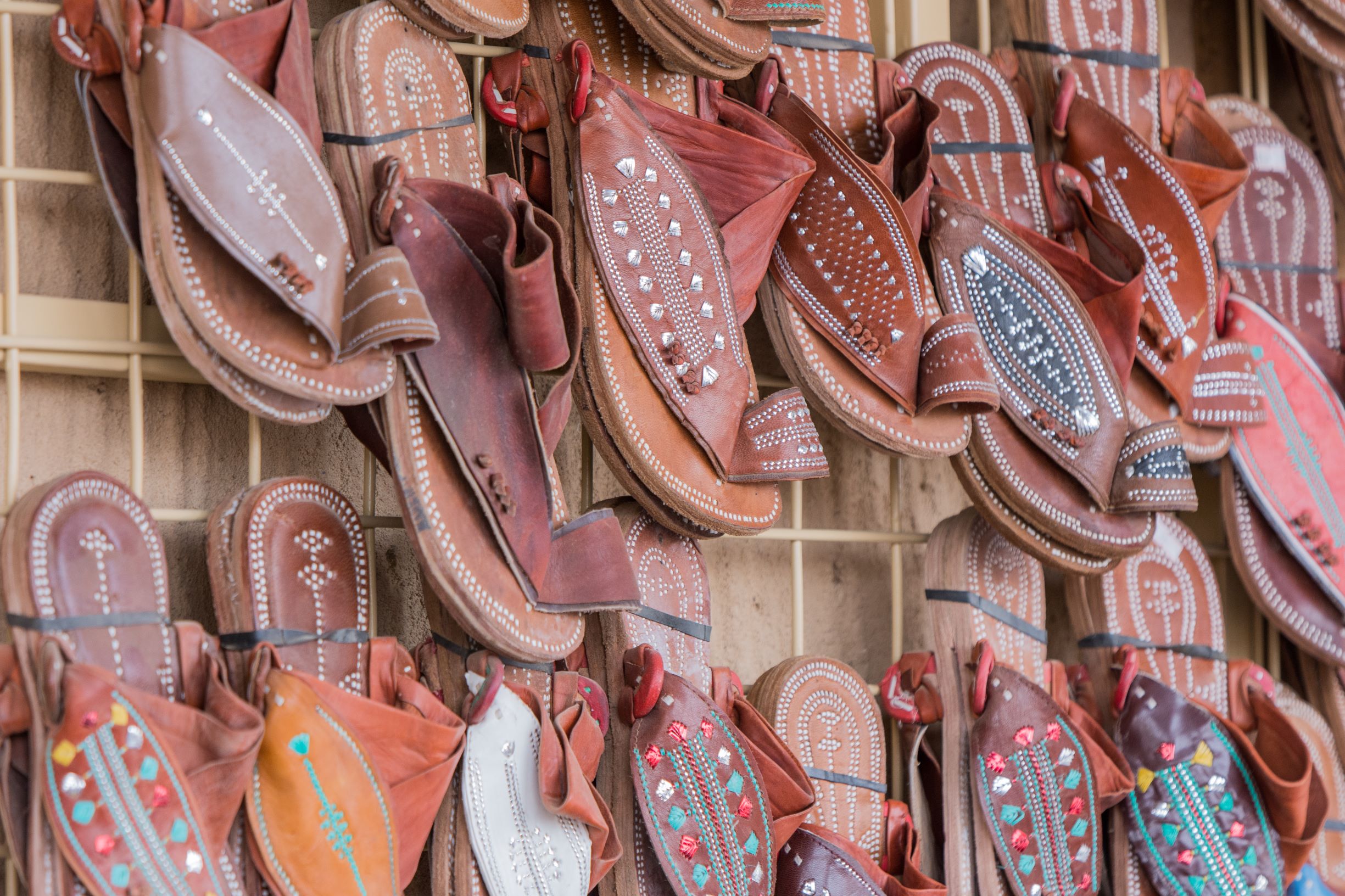 Traditional Najdi footwear made using leather from camels, cows, and sheep can be found throughout the country. The craftsman who manufactures them by hand is known as the Kharraz. 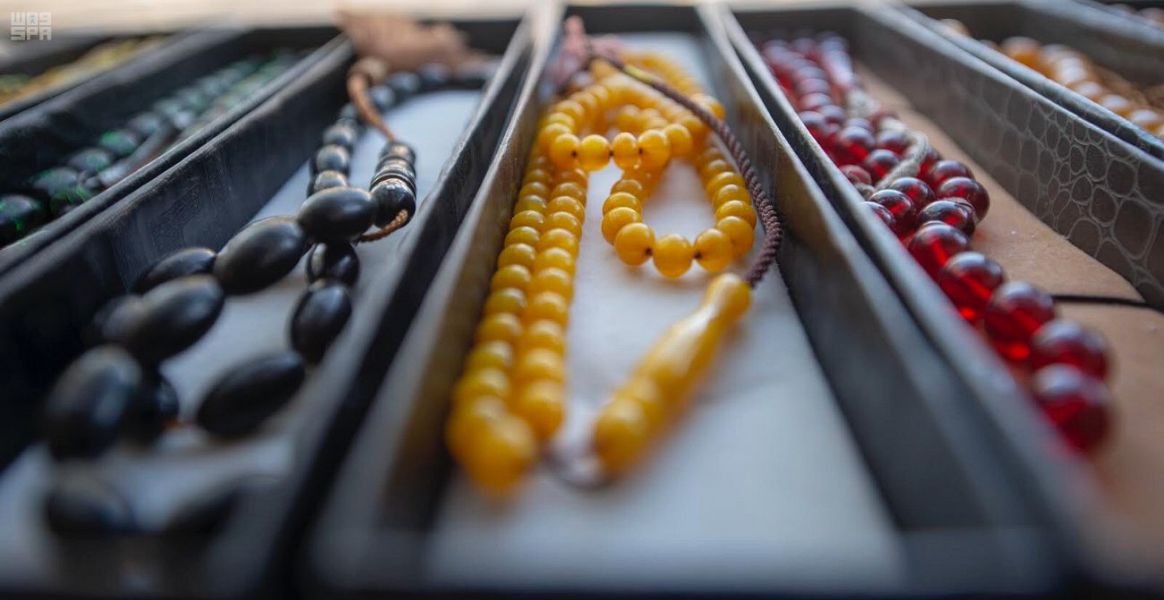 The art of making Misbaha (rosary beads) to order is one of the traditional handicraft industries that has passed down from generation to generation. Crafting a set of Misbaha is carried out over several stages, depending on the customer's request. 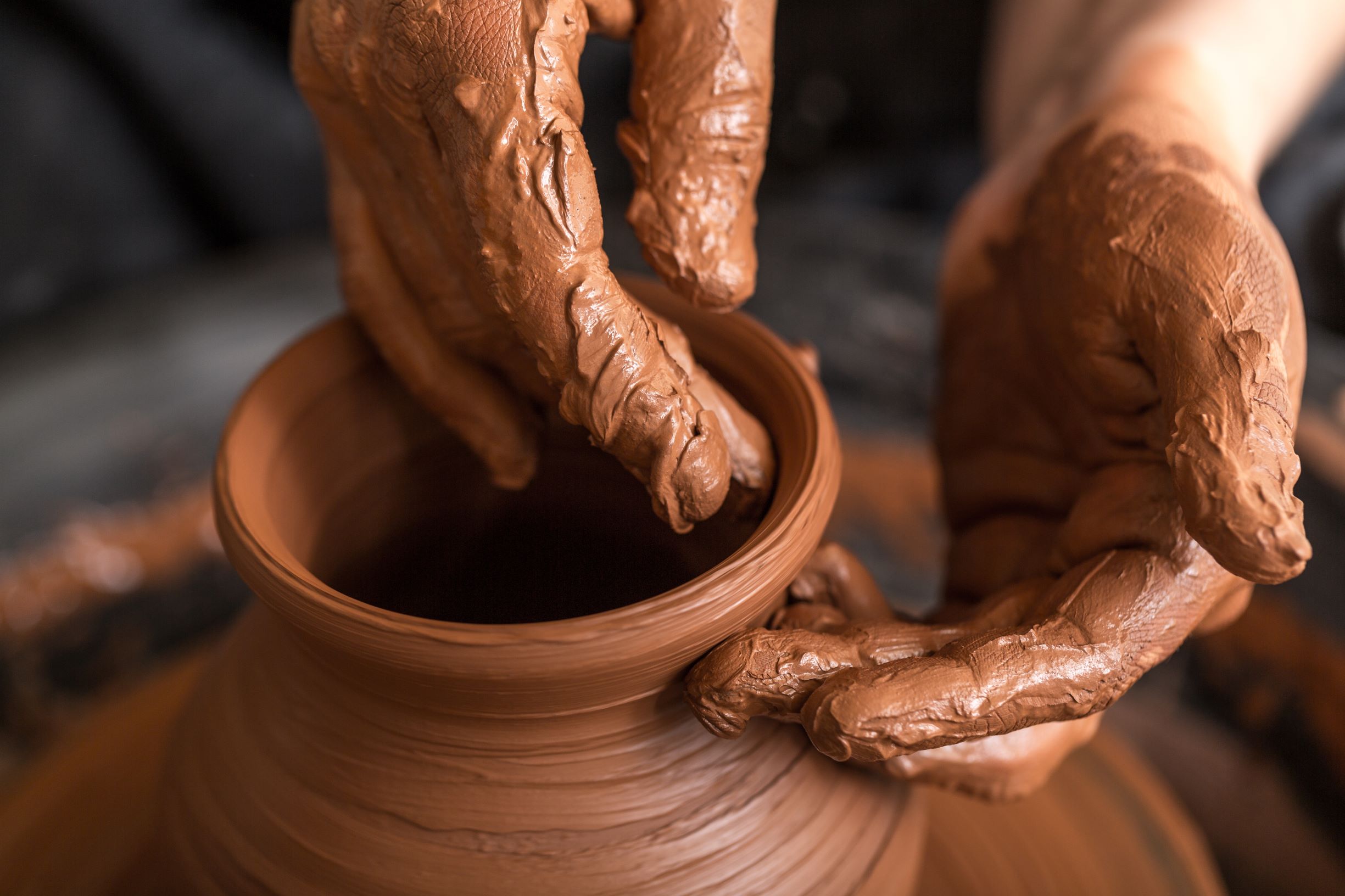 Pottery products are still popular today in some traditional markets. They are typically household utensils made from sedimentary clay of different colors.