The Floating Mosque hovers over the waves

One of the most iconic sights found on Jeddah’s waterfront is Al-Rahma Mosque, commonly known as the Floating Mosque. Constructed on the coast of the Red Sea, this majestic building appears to be floating during high tide, particularly when lit up at night. Take time to stroll through the outdoor courtyard to enjoy the sea breeze and coastal views, punctuated by the sounds of waves lapping against the shore. 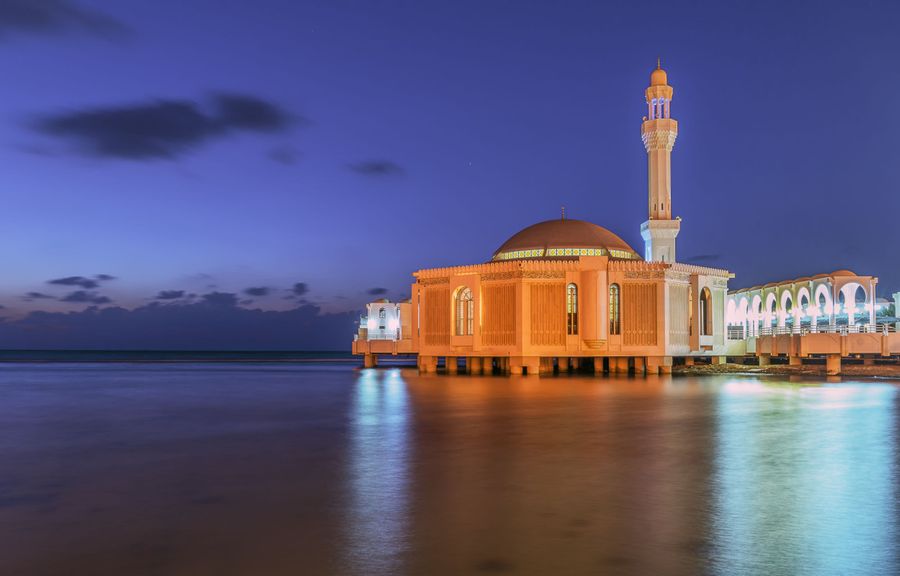 Constructed in 1985, Al-Rahma Mosque blends a classical design with contemporary features, pairing a gleaming white minaret with a domed aquamarine roof. The interior is just as impressive, with eight pillars supporting a central vault, from which hangs an intricate chandelier.

The roof is prettily inlaid with a ring of stained glass, and the walls are adorned with old and new Islamic art. The arched windows offer a panoramic view over the sea and create the illusion that worshippers are floating above the Red Sea. The mosque also employs state-of-the-art technology. 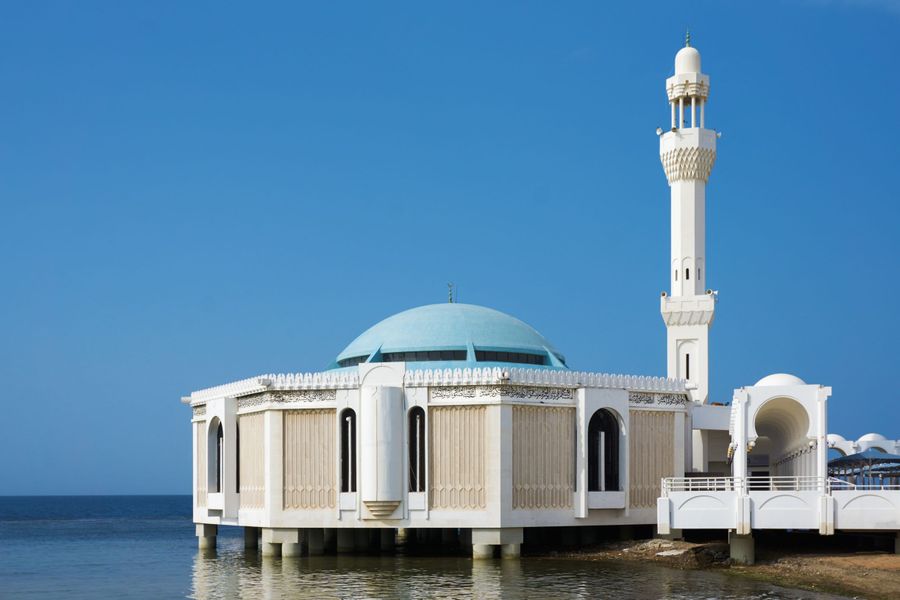 Family picnics on the Corniche are a favorite pastime in Jeddah. The coastal area north of the mosque is a popular spot for fishing, flying kites and paddling in the sea. There are also several family-friendly cafés and restaurants located a five-minute walk north of the mosque.