The forbidden riches of the Empty Quarter

The Empty Quarter, or Rub Al-Khali, is the second largest desert in the world, located southeast of the Arabian Peninsula. It is spread across four countries: Saudi Arabia, Yemen, Oman, and the United Arab Emirates. However, the largest area lies within Saudi territory - over 600,000 square kilometers. The Empty Quarter is named as such because it covers a quarter of the total area of the Arabian Peninsula and is generally devoid of human life due to its extreme climatic conditions. However, that has not stopped it becoming one of the best camping destinations in the world due to its tranquil nature.

The Empty Quarter’s climate is typical of the desert – extremely hot in summer where temperatures can reach up to 60 degrees Celsius, and freezing cold in winter where it is typically 7 degrees below zero. The region is also characterized by the rarity of its rains and an abundance of its year-round sandstorms. The scattered sand dunes rise up to 300 meters and form different aesthetic shapes.

In spite of the harsh natural environment, the desert is full of seasonal plants and wildlife such as rodents, migratory birds, reptiles, and endangered animals such as Reem Gazelle and sand tigers. The Empty Quarter is a natural reserve where hunting is prohibited. It is also inhabited by a few nomadic Bedouins such as the Najran tribe who let their camels wander and set up tents to greet guests who may be traversing the vast sands. 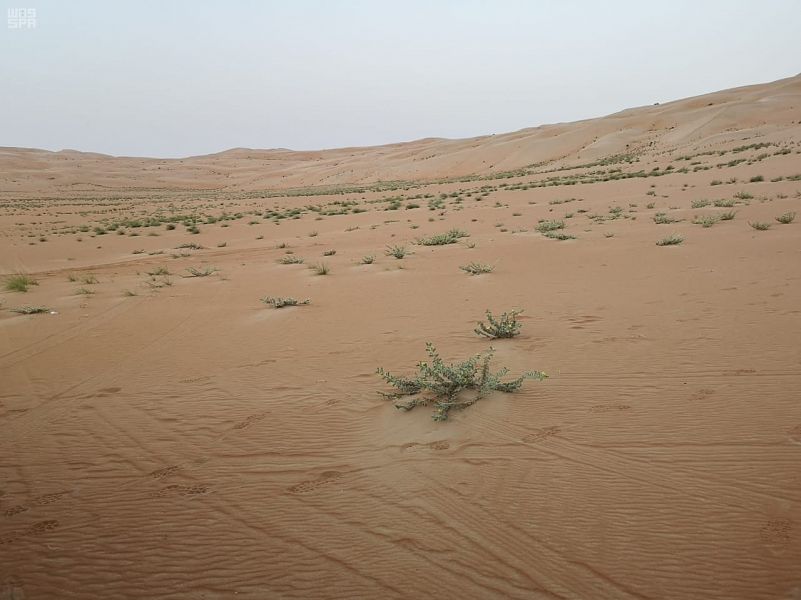 Contrary to its name, the Empty Quarter is rich in oil, natural gas, uranium, silica sand and solar energy. A huge reservoir of crude oil was recently discovered, while Shaybah and Ghawar oil fields are by far the largest oil fields in the world. Unexpectedly, there are also a few springs, rain lakes and many wells formed by rain water coming from the valleys of Najd, Asir, Yemen, and Oman. Historical sites can be found in the Empty Quarter, which is also called “Yebreen” after the oasis on its northern edge. 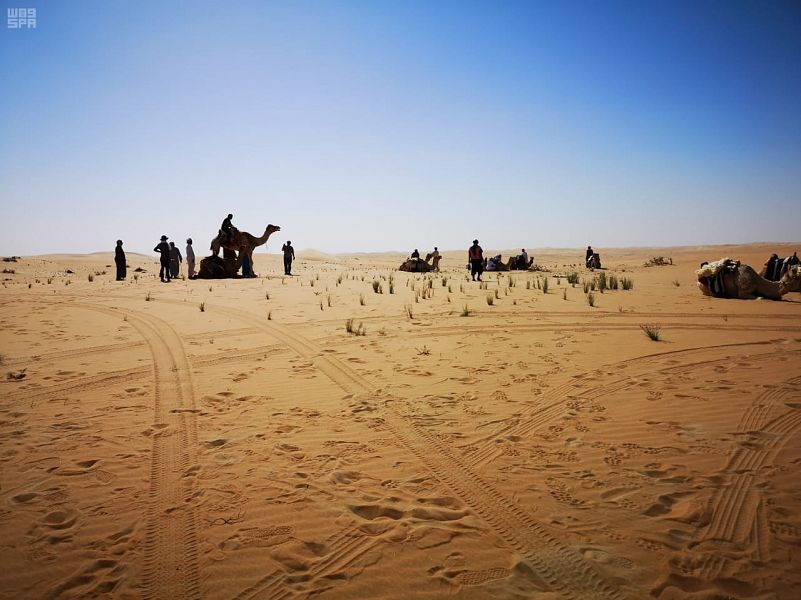 The Empty Quarter is full of buried secrets and undiscovered cities under its sands. Some archaeologists believe that the settlement of the Aad tribe mentioned in the Holy Qur’an is buried under this desert, although it has not yet been discovered. The desert remained unknown for centuries, but in 1931 Bertram Thomas made a documented journey to discover the Empty Quarter when he heard the story of a lost city, Abbar, during his visits to Bedouin tents. Ancient water bodies and animal remains, such as hippopotamus bones, have also been discovered, proving that thousands of years ago it was full of rivers and green landscapes. However, desertification increased over the last millennium, turning the area into a barren land full of buried treasures.