The Asir province is home to some pretty amazing mountaintop villages, the most well-known of which is probably Habala near the provincial capital Abha. However, those adventurous visitors looking for a hidden gem sitting atop the mountains of Saudi Arabia should make their way to the Khat mountain range of Asir’s northeastern Majardah governorate. There, they can find the beautiful village of Khat, situated 180 kilometers away from Abha. 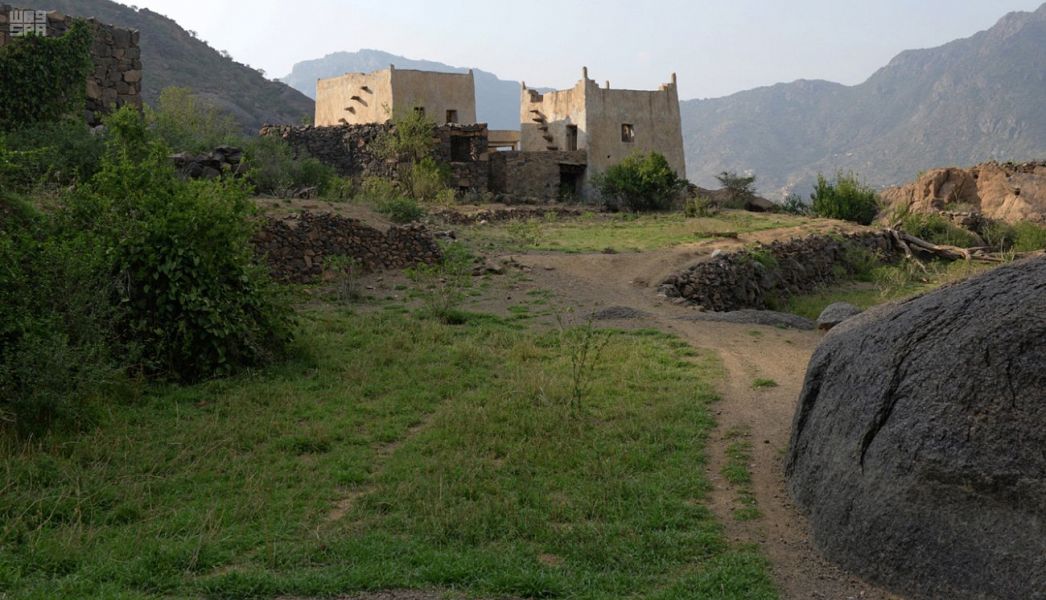 Despite the fact that it only consists of 15 houses, a mosque and a well, the village’s importance lies in its role as a link between Al-Namas Governorate in the upper mountains of Sarawat and Majardah through the famous Aqabat Sinan. 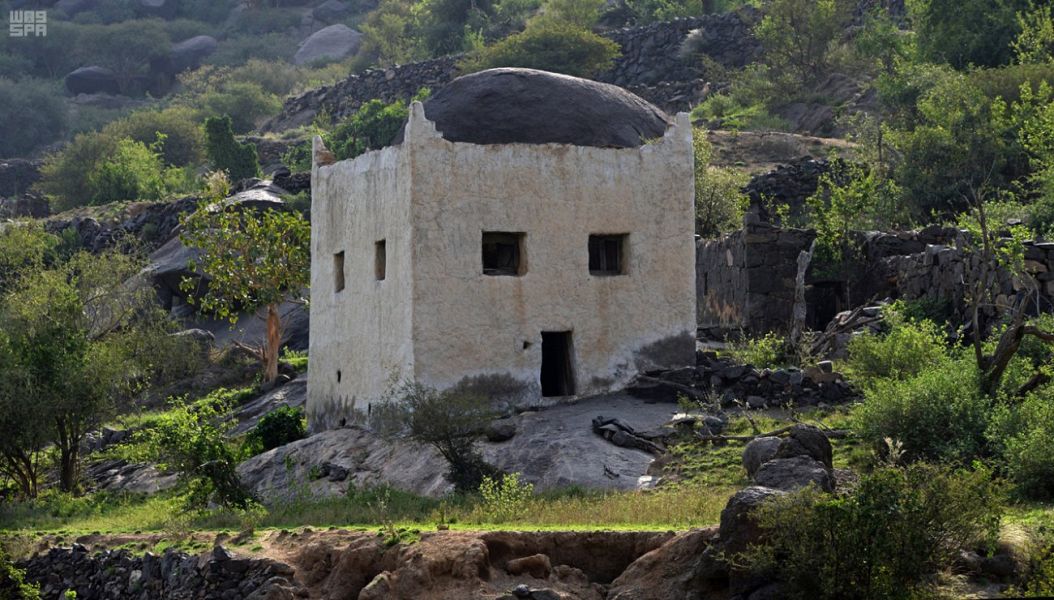 Khat’s stunning natural scenery is characterized by its palm and Sidr trees, agricultural areas, and giant smooth rocks. However, it awaits tourism investment so it can truly fulfil its potential. 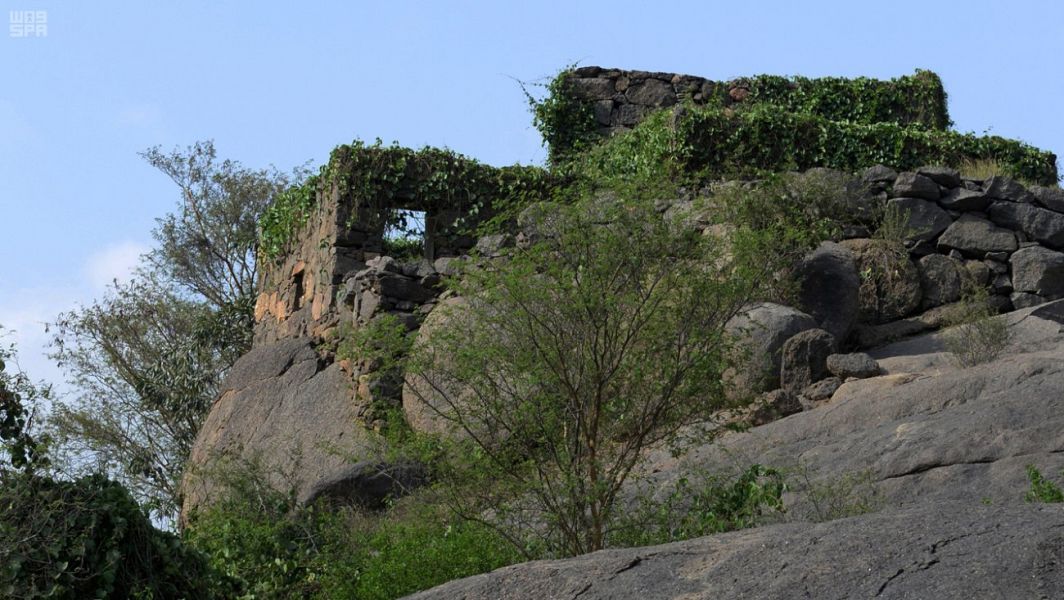 Alongside the old houses, visitors can find the remains of palatial buildings and forts. The historical mosque, ancient artifacts and petroglyphs further confirm Khat’s historical significance. The residents’ livelihoods used to be agriculture and livestock raising. 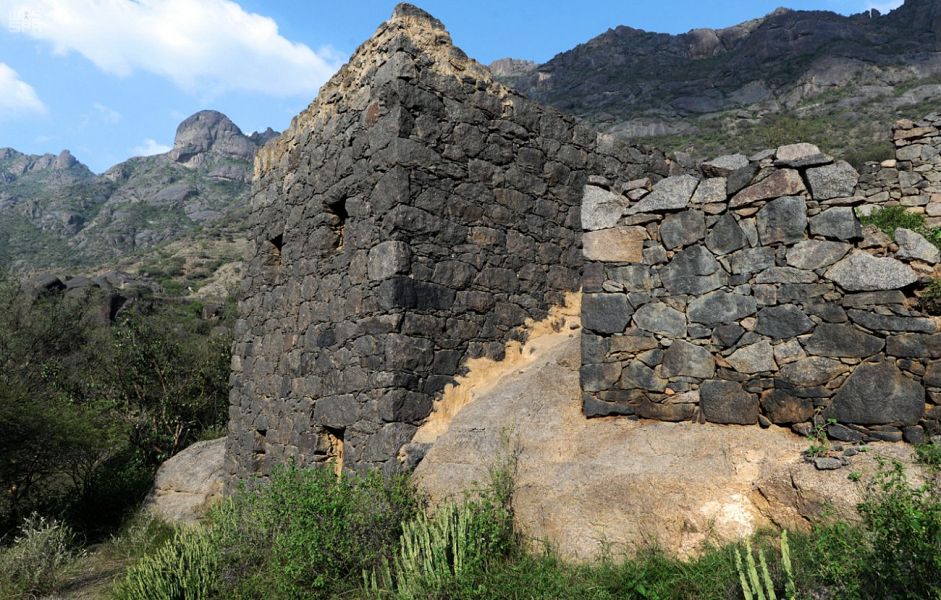 The village is distinguished by the presence of water basins carved into black rocks of varying dimensions; they acted as sources of agricultural irrigation and drinking water for livestock and villagers who stored their water in underground tanks.