The historical importance of Arabic Coffee

You only truly realize that you are a guest in a Saudi home when the smell of cardamom and incense hits your nostrils as soon as you enter. The pleasant aroma is a sign of your host's hospitality and you will always receive a cup of Arabic coffee and dates shortly after sitting down. 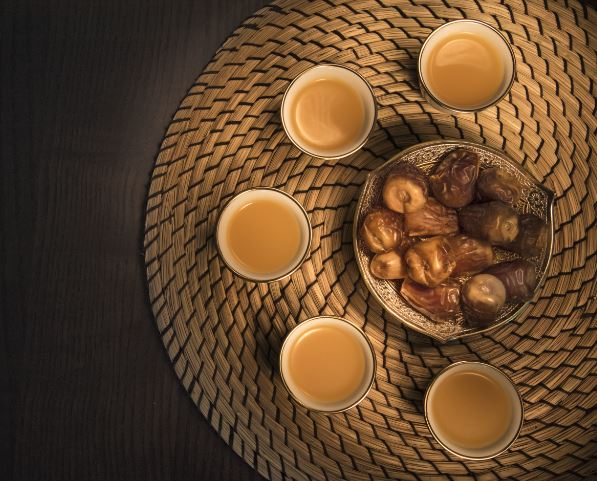 Arabic coffee occupies a special place in the Saudi society and it is served at every occasion. Saudis take pride in the ways that this special beverage is prepared and presented and men even hold gatherings just so they can enjoy drinking it. Also known as “Al-Shabbah”, “Al-Gahwa” and “Diwaniya”, UNESCO placed Arabic Coffee on its Representative List of Intangible Cultural Heritage in 2015 because of its deeply-rooted status in Saudi culture. 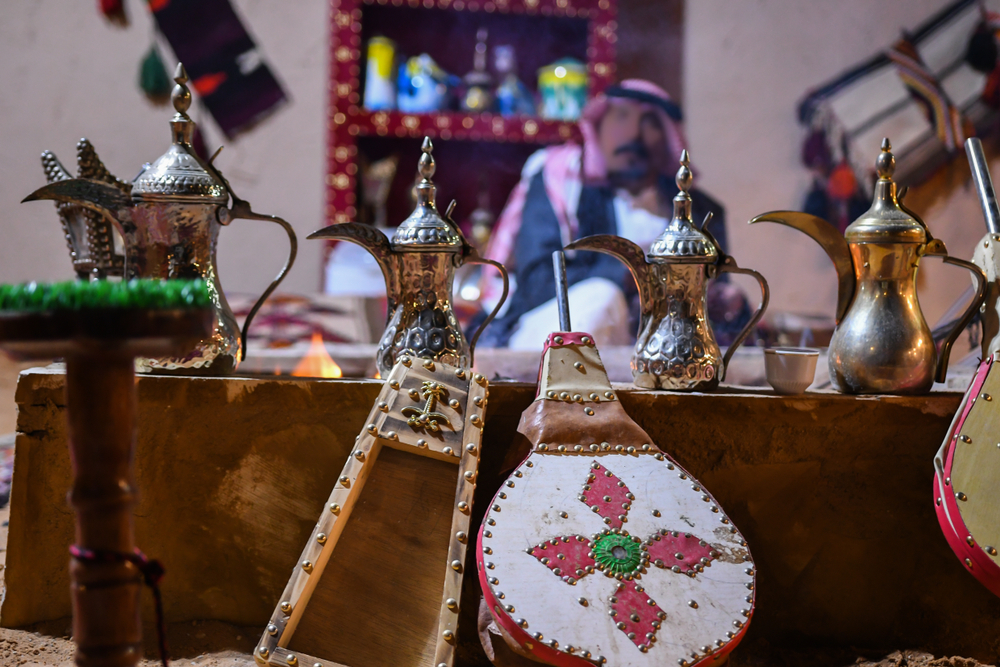 Coffee cups have their own specific names depending on who is drinking from them. For example, the first cup is known as “haif” and is normally drank by the host (the “haif”) to prove the safety of the coffee. “Kaif” is a cup enjoyed by the guest, followed by the “Daif” cup that symbolizes the generosity and status of the guest, and then the “Al-Saif” cup is drunk when the host and the guest have agreed to become allies.

Yemenis were the first people introduced to Arabic coffee in the Arabian Peninsula when the Adeni traveler Jamal Al-Din Abu Abdullah Al-Dabhani came from Ethiopia during the 15th century carrying coffee beans. Since then, farmers in Yemen began to cultivate coffee and the bourgeois class drunk it. Yemeni merchants brought coffee beans later to Saudi Arabia. However, the drink was initially rejected as conservative sections of society thought it too similar to alcoholic beverages. 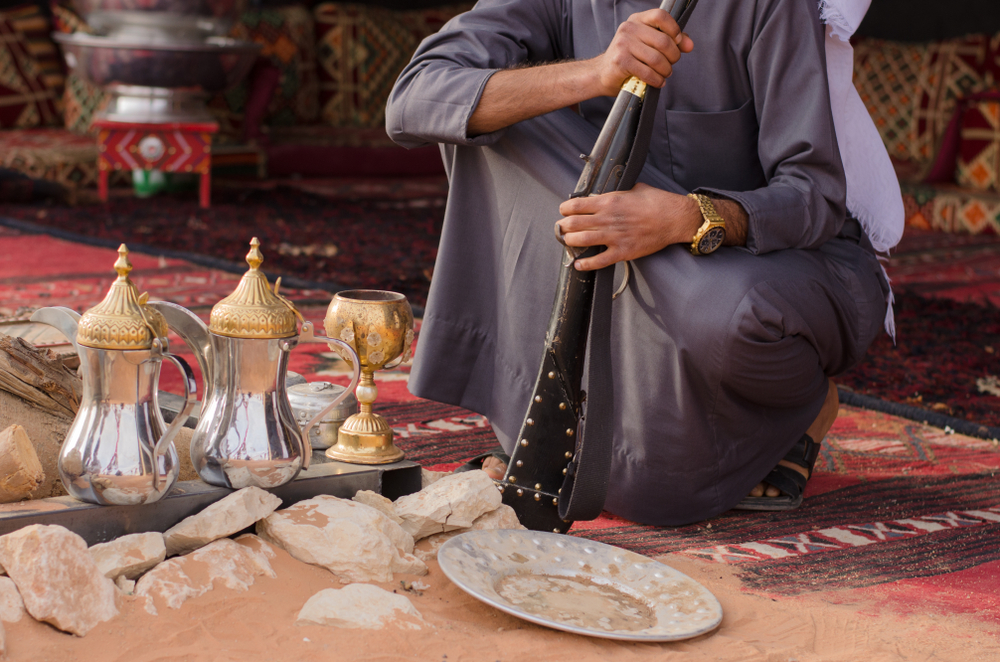 Mechanism of selection and preparation

Saudis have a special routine when choosing Arabic coffee and degrees of roasting vary from region to another. The most common form of preparation is the blonde coffee. Coffee preparation begins with the addition of coffee to water and boiling the mixture at a low heat for 10 minutes before adding spices such as cinnamon, ginger and saffron. Then the coffee is poured into the pot and an appropriate amount of cardamom is added. However, the coffee is not served immediately but left to stand until the ingredients are infused with each other. 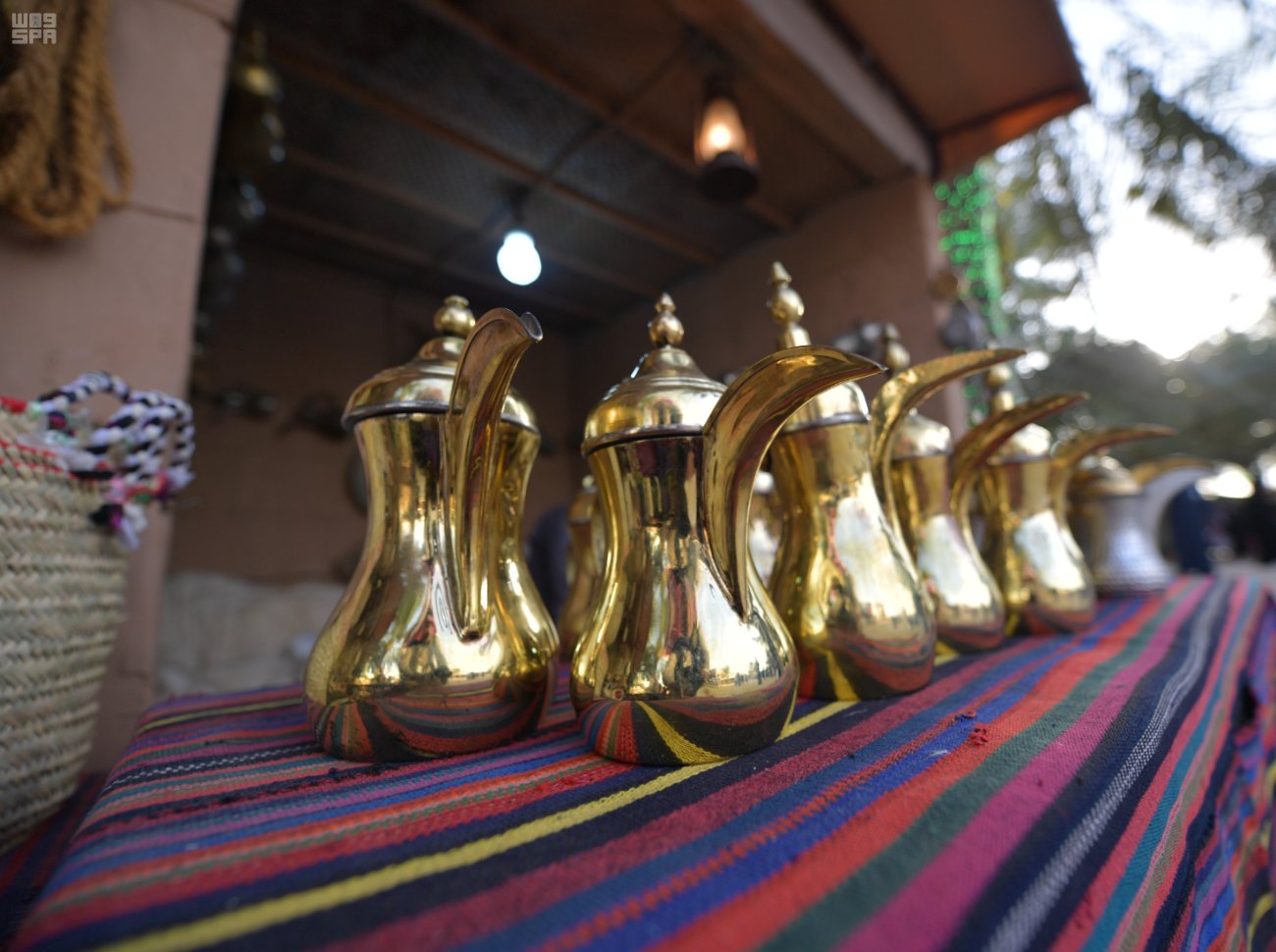 Each region of Saudi Arabia has a distinctive coffee-making technique. However, almost always the major ingredients used are coffee beans, cardamom, saffron and cloves. Today, Arabic coffee lovers are inventing new ways to brew their drinks, such as adding milk or Coffee Mate. In the past, coffee was prepared on firewood; today, modern means are used such as electric pots and even instant Arabic coffee. 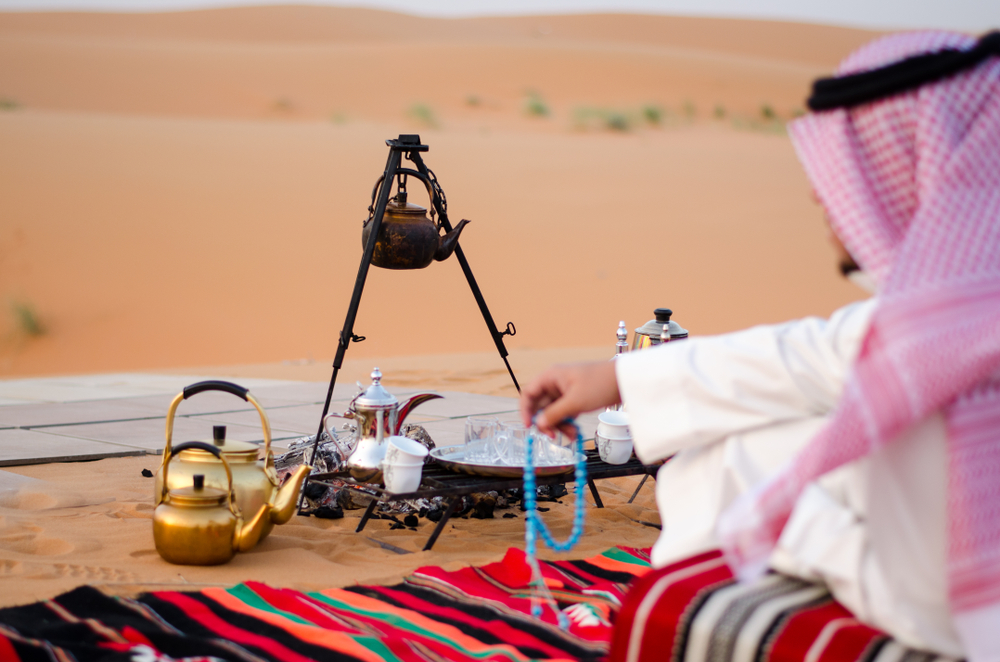 Arabic coffee carries a distinctive tradition and ritual with regard to its presentation. The coffee pot should be held and poured with the left hand and the cup served to the guest with the right. The serving of coffee must start from the right side or from the oldest person in the room.

The host has to continue serving the coffee until the guest says “bas” – enough – or shakes his cup; those who ignore these customs often face strong disapproval by fellow guests. Some tribes prefer the cup to be quarter filled, while others prefer the cup to be half or completely filled. Coffee is not accepted in a scratched cup because that is considered an insult to the guest.