The imposing history of Swag Mountain

West of Qassim is the famous Swag Mountain immortalized in the verses of prominent Arab poets because of its distinctive inscriptions and petroglyphs dating back to the Talmudic era. The mountain is located in the southwestern side of Al-Rass Governorate in the Hama Deryah area, which is why it is also known as “Swag Al-Hama”. Other names include “Swag Takhfa” and “Swag Al-Tana’a” due to this imposing landmark being near the famous Takhfa Mountain and Al-Tan’a village, now called Al-Shabikiya village, respectively. It was also called “Sawaj Al-Khail" because the caliph Umar ibn Al-Khattab chose it as a resting place for horses and cattle. 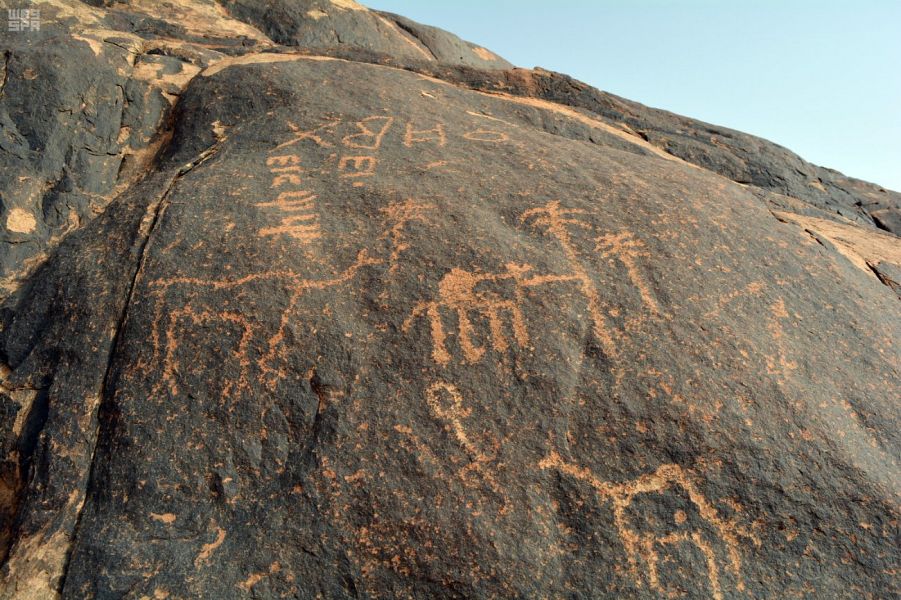 Swag Mountain was inhabited by many tribes prior to Islam and during the early Islamic periods. At the southeastern side, Swag Mountain was a key landmark for pilgrims passing to Makkah from the Iraqi city of Basra. 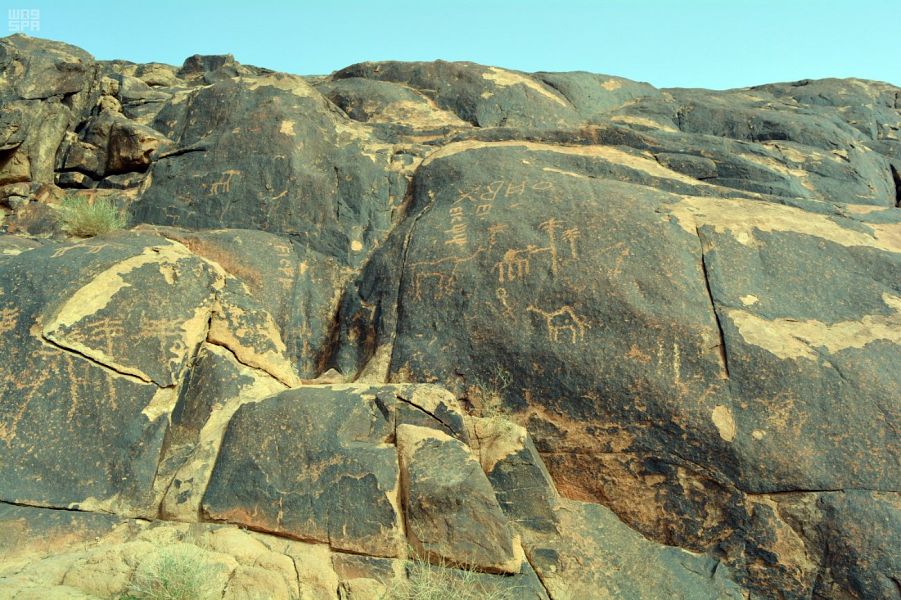 Rising more than 1,000 meters above sea level, Swag Mountain is distinguished by surrounding mountains in Qassim by the blackness of its volcanic rocks and rectangular shape extending from south to north. It is also surrounded by a desert, valleys, reefs and trees. 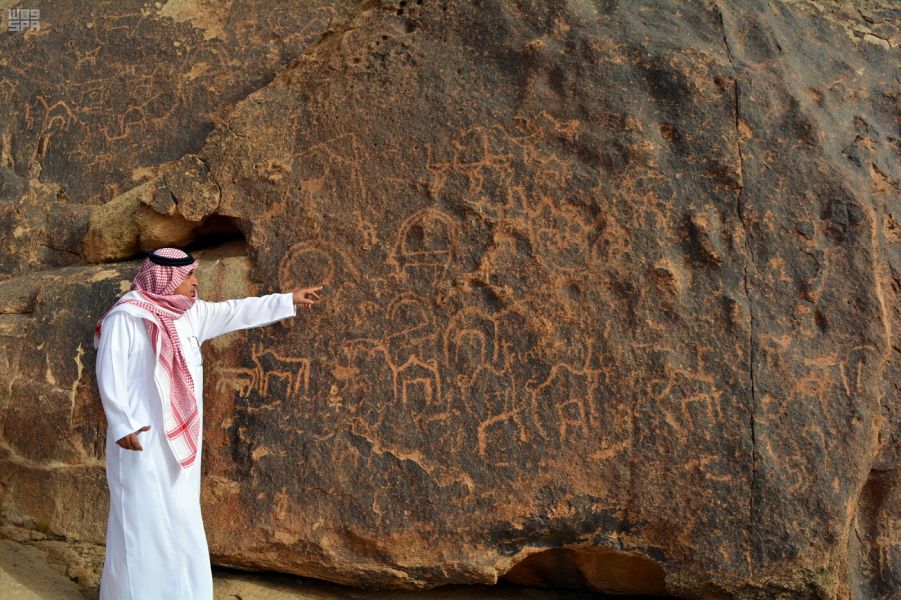 There are many Talmudic inscriptions on the rocks and caves at the northwestern side of the mountain. These petroglyphs include drawings of animals such as camels, cows and certain predators. Other Talmudic writings and numbers that historians and researchers have deciphered indicated that the area was abundant in water and pastures used by these animals.

This site contains the stone ruins of old palaces and houses with various writings and inscriptions from the remains of what used to be a pilgrims’ road. It is located southeast between Swag and Al-Dawadiyat mountain.

This was a well used by convoys. It is located opposite one of the largest archaeological stone petroglyphs in Qassim and less than a kilometer northwest of Mota’ashah Al-Ra’eghah.

Another well located southeast of Swag Mountain. It was a resting place for convoys of pilgrims heading to Makkah from Iraq.