The Holy Ka’aba has a long history of being covered and adorned – the most important demonstrations of reverence and honor to this important building. Those looking to learn about the history of its covers should visit the King Abdulaziz Complex for the Ka’aba Kiswa. 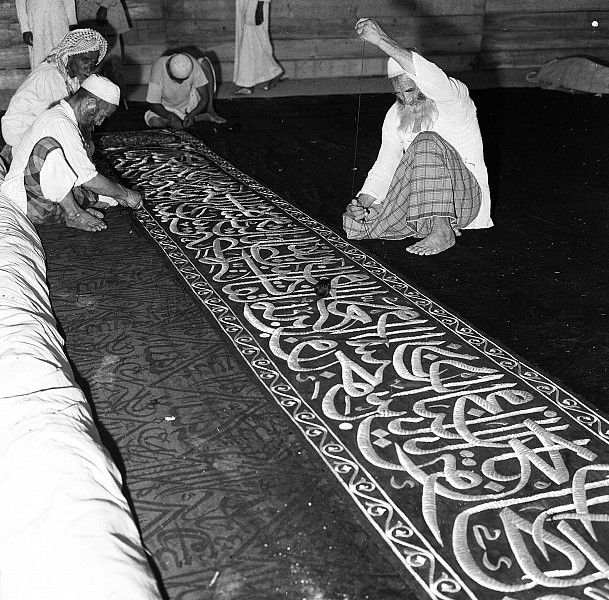 It is the first institution dedicated to weaving the covering of the Holy Ka’aba – also known as the kiswa. Established in 1927, the factory welcomes visitors who can watch live a multitude of craftsmen and skilled workers design, dye, weave, print and embroider the kiswa. 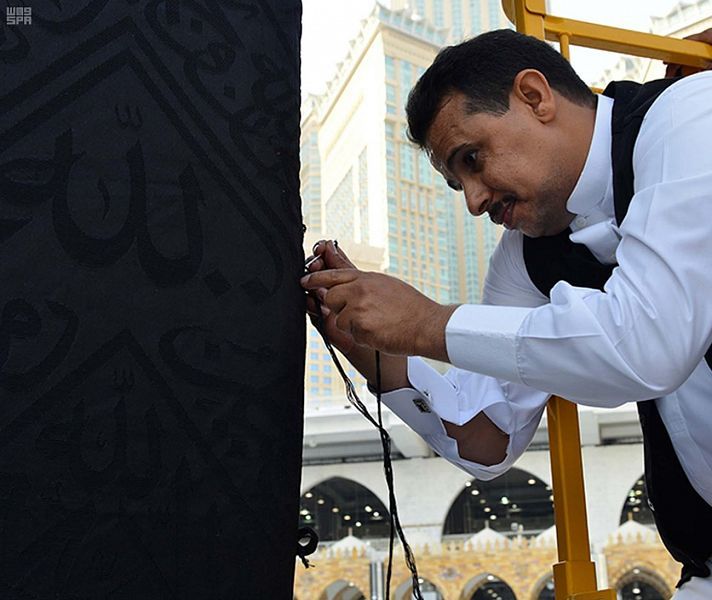 Over the centuries, the Ka’aba’s coverings have been made from a variety of fabrics during the pre-Islamic and Islamic eras. The Prophet (pbuh) covered it with Yemeni fabric, and his honorable Companions followed this example. Work on the kiswa continued in the Umayyad, Abbasid, Mamluk, and Ottoman periods. 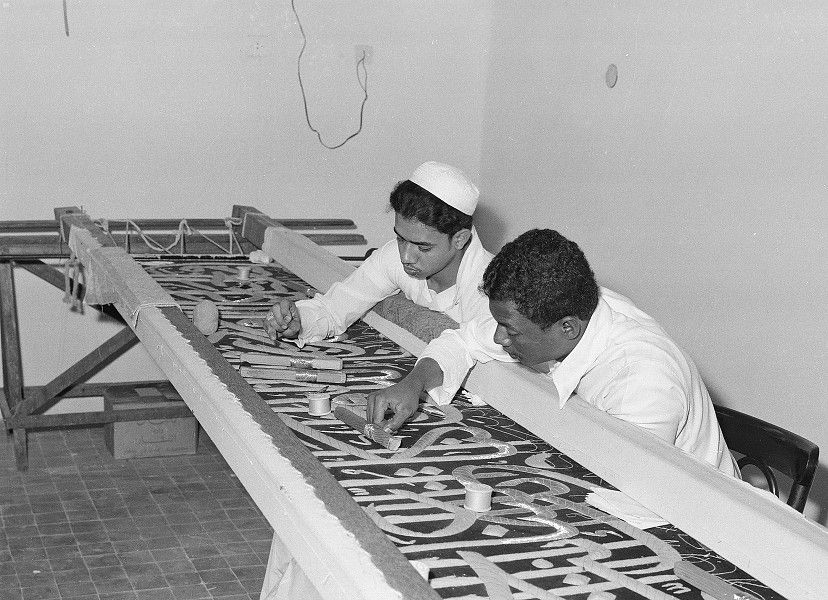 Kiswa was made in Egypt until the late founder King Abdulaziz issued orders to manufacture the cloth in Makkah. Today, this sacred duty falls to the Kiswa Factory, where great care is taken in crafting both its inner green silk lining and outer black silk curtain – with the latter inscribed with Qur’anic verses embroidered from silver and golden thread. 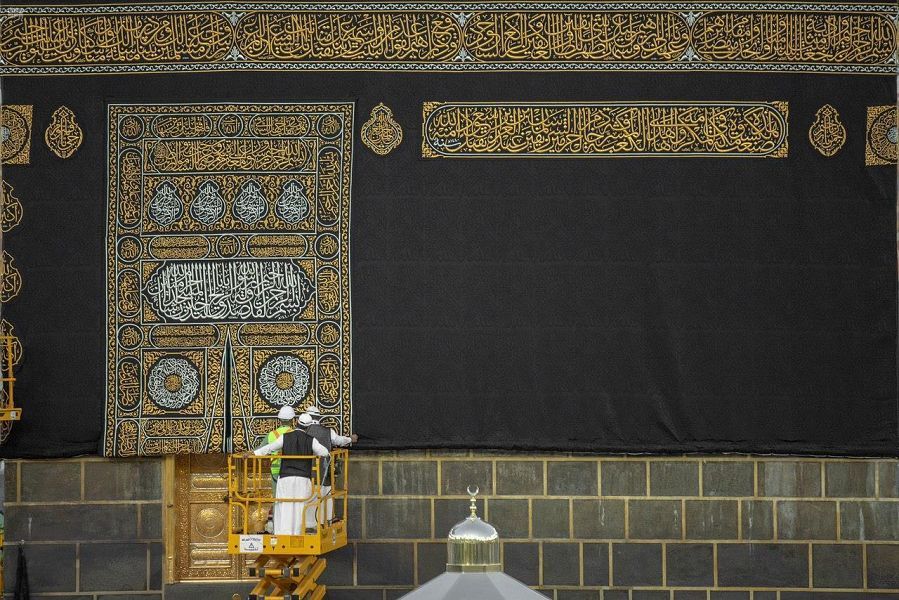 Every year the covering's outer black curtain is replaced on the morning of the Day of Arafat during the Hajj pilgrimage period. The used fabric is carefully cut into pieces and presented as gifts to dignitaries and world leaders. 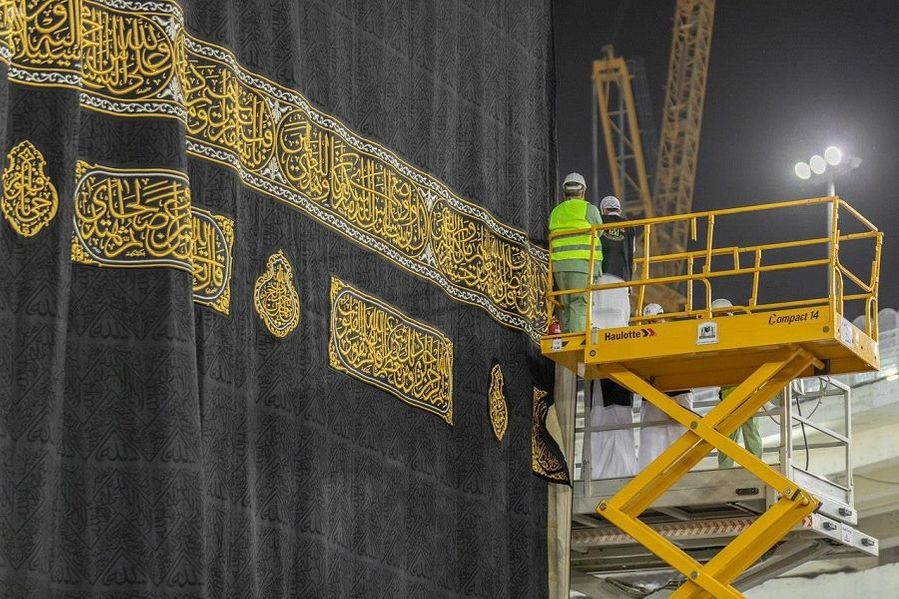 The Kiswa Factory features dedicated divisions for dyeing, weaving, embroidery and assembly. The cloth itself passes through several stages of manufacture, starting with testing the quality of the silk in a lab prior to the dyeing process. It is then weaved manually and automatically, then printed and embroidered before finally being assembled. 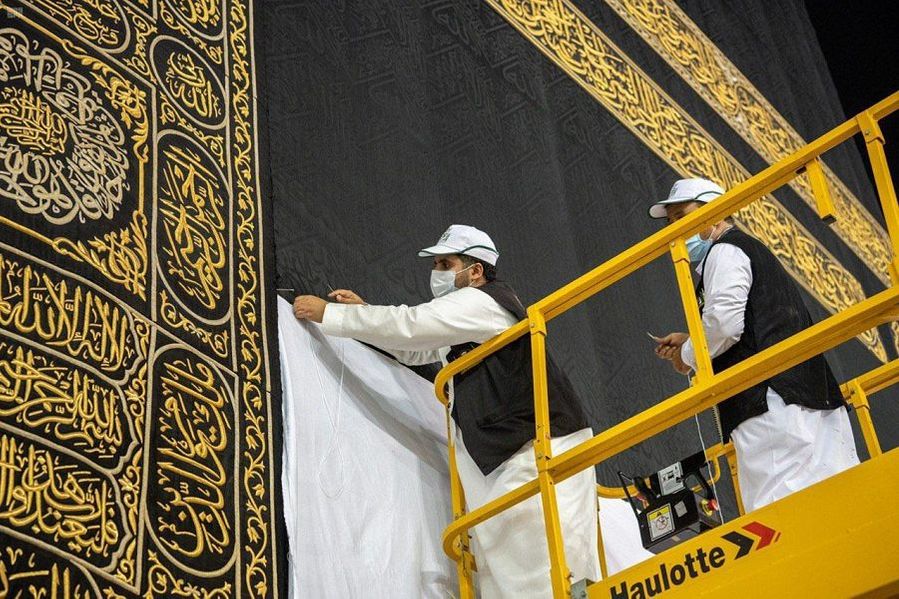 Visiting the factory Visitors to Makkah are encouraged to learn about how the kiswa is made by going on a tour of the factory. They can see next year’s Kiswa in the process of being made by experienced professionals during official visiting hours, which are Saturdays, Mondays and Wednesdays from 9 a.m. until noon.