Visitors to Madinah are often left amazed by the view of the 10 majestic minarets that characterize the Prophet's Mosque and which are considered important Islamic architectural landmarks in their own right. These towers can be seen from all angles due to their impressive heights and act as easy landmarks for worshippers to follow. 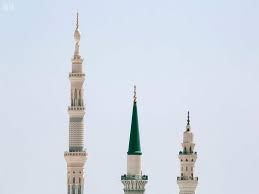 Throughout history these minarets were the designated places where the call for prayer was delivered five times each day ever since the days of the first muezzin Bilal bin Rabah, who was appointed by the Prophet (peace be upon him) himself. During the era of the Prophet (pbuh) and his Companions, the mosque did not have any minarets. Instead, the muezzin used to climb on a high place to raise the call to prayer. 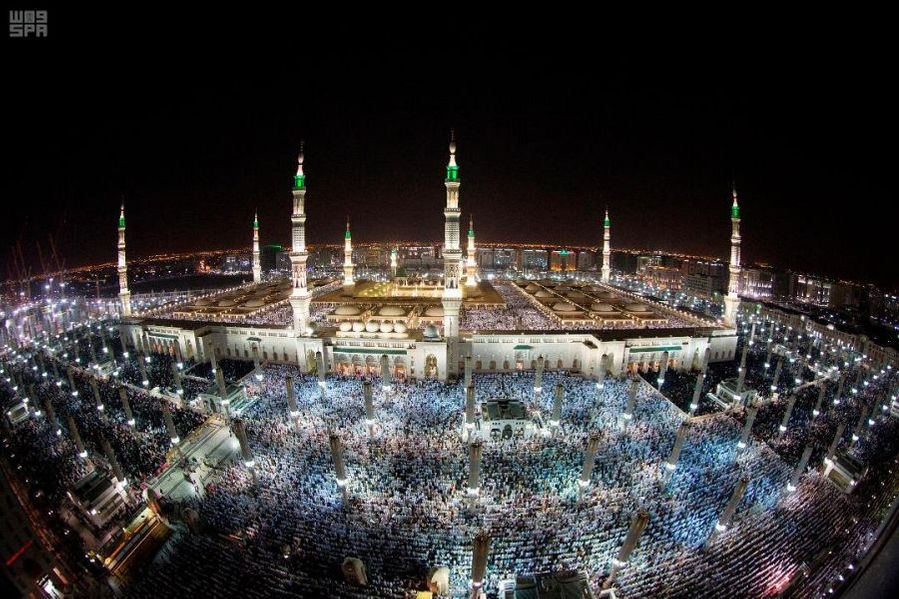 The first person to construct a minaret at the Prophet’s Mosque was Omar bin Abdulaziz, who built it in the Al-Walid bin Abd Al-Malik reign. He eventually placed a minaret in every corner of the mosque. 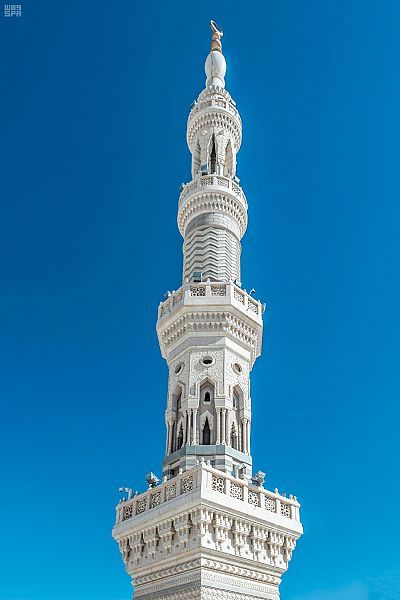 In the Ottoman era, the northeast (Sinjari) minaret was demolished and the Sulaymaniyah minaret erected in its place. After an expansion carried out by Sultan Abdul Majid, the Prophet's Mosque had five minarets. 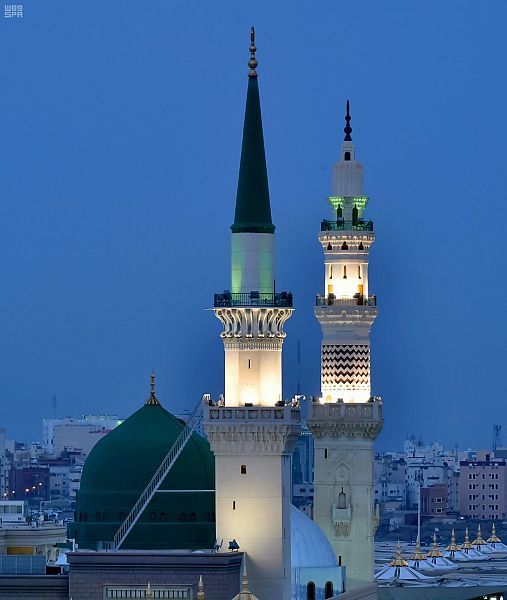 The Prophet’s Mosque has undergone many improvements and renovations over the ages, during the era of the modern Saudi state it has witnessed huge improvements to attract more worshipers, whose numbers are increasing annually.

The late founder King Abdulaziz carried out the first renovation by retaining the two minarets in the southern corner of the mosque and demolishing the other three, replacing them with a pair of new ones at the northern corner. Each of these structures is 70 meters high. 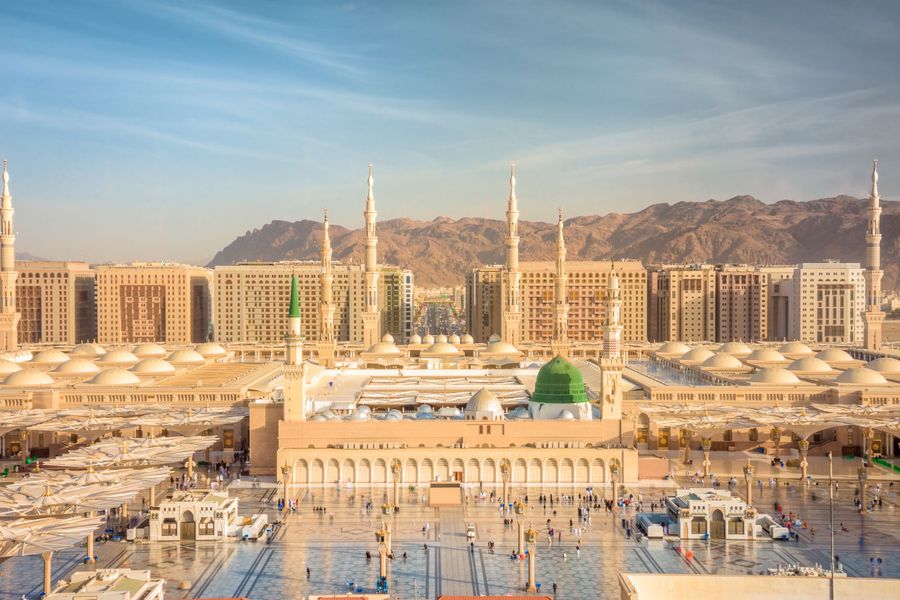 Each minaret consists of four floors, with the first square in shape and stretching all the way up to the roof before ending in a balcony that is also square. The second is designed in an octagonal form with the walls built high to the ceiling, which is triangular and attached to a balcony as well. The third is designed in a way that it can carry a circular balcony at the top; the fourth is also designed in a circular shape and features pillars decorated with triangular shapes at the top and with a balcony above it. 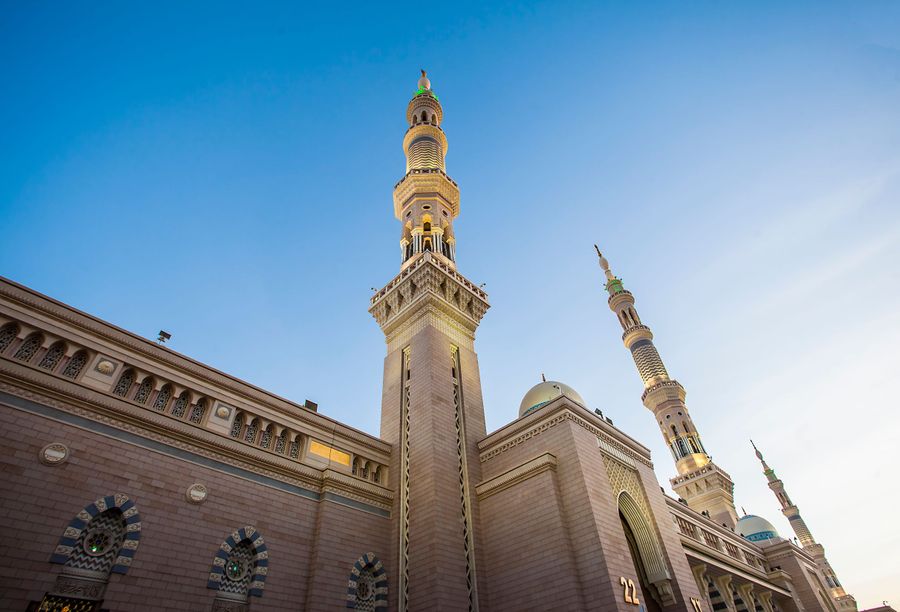 The Prophet’s Mosque continued to expand from 1986 to 1993 and six minarets added that were each 104 meters high. This brought the total number to 10, with the newer ones designed to reflect the existing structures built by King Abdulaziz.

The Prophet’s Mosque continued to undergo further expansions, especially in 2012 when its capacity was expanded to 2 million worshipers. 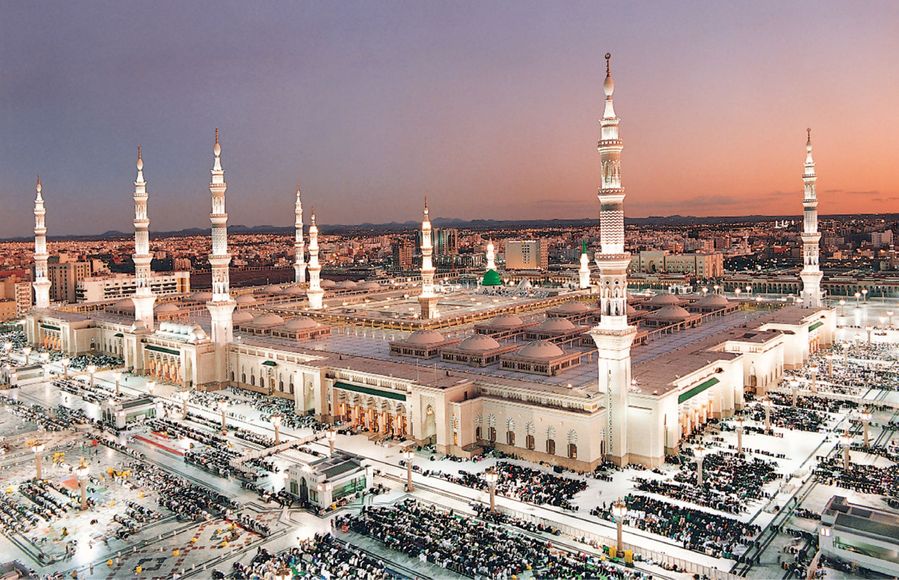 The minarets of the Prophet’s Mosque were built using the latest engineering systems. Each one has laser beams shining upwards and surrounding the minaret to determine the direction of the Qiblah, covering an area of approximately 50 square kilometers.