The oldest surviving door of the holy Kaaba

The Holy Ka’aba has been repaired and reconstructed many times throughout history. Since Saudi Arabia’s unification, every king of the Kingdom was keen to conduct comprehensive restorations, expansions and maintenance of this important Islamic structure, which acts as a focal point for millions of Muslims around the world. 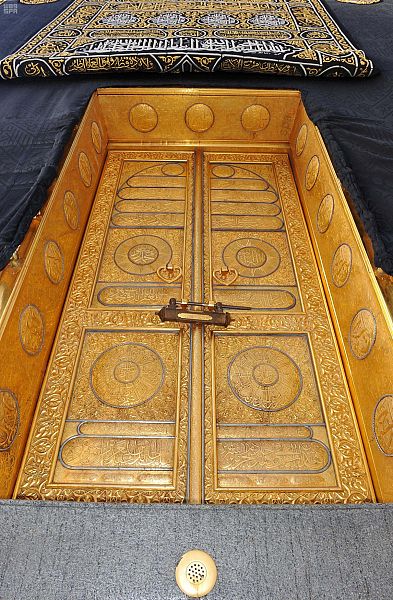 The late founder of Saudi Arabia, King Abdulaziz, ordered the design and manufacture of a new door for the Holy Ka’aba. It was made by the Al-Badr family in Makkah under the supervision of Sheikh Mahmoud Badr and his son Muhammad. Manufacture was completed within 18 months before the Hajj season in 1978. 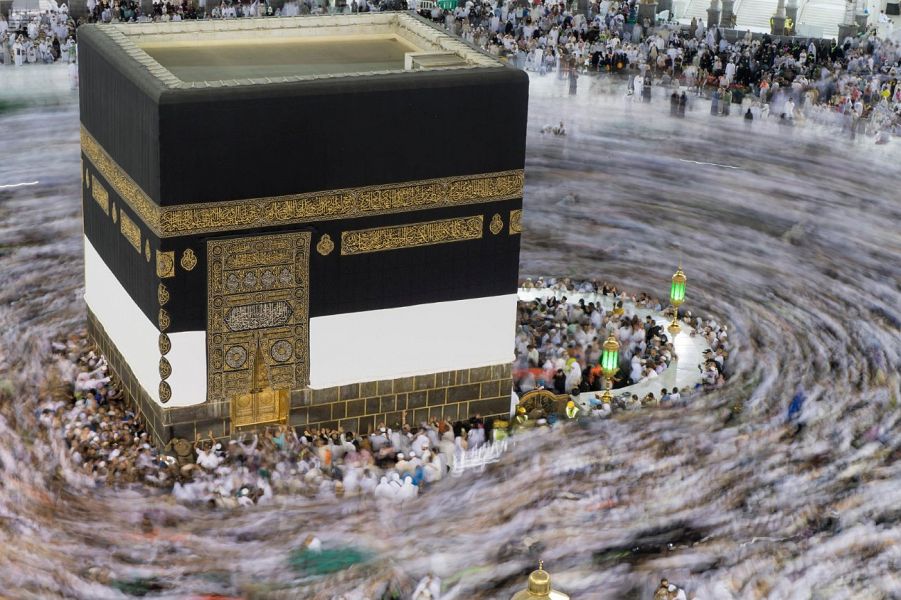 The 300 kilogram, pure gold doors made by artist Sheikh Ahmed bin Ibrahim bin Badr replaced the old silver doors. The manufacture of the outer door and the door leading to the Kaaba roof cost more than SR13 million. 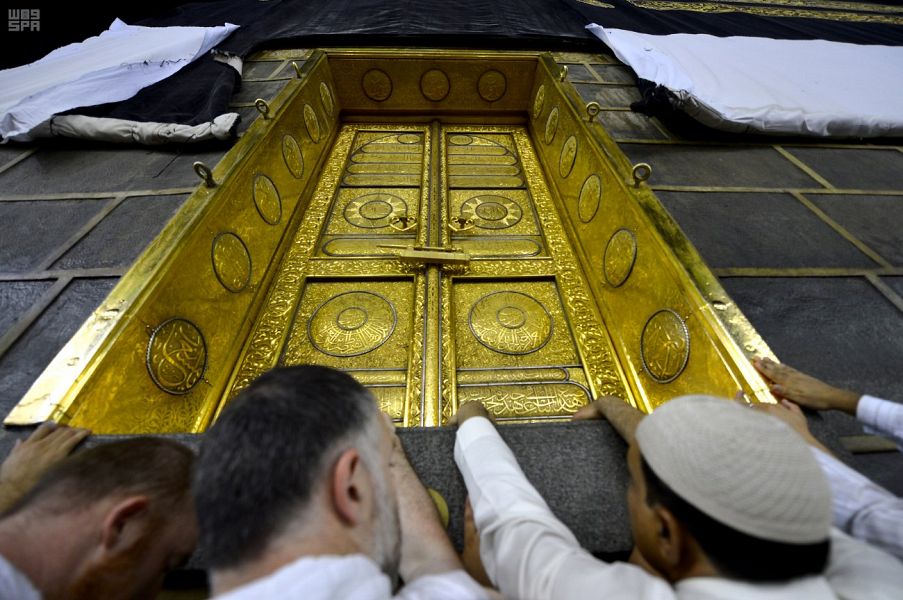 The height of the door exceeds three meters, is approximately two meters in width and half a meter in depth. It stands just over two meters above the ground on the northeastern wall of the Holy Ka’aba called the Bab Al-Rahmah.

The door’s wooden base has a thickness of 10 centimeters and is built from one of the most expensive types of wood in the world. 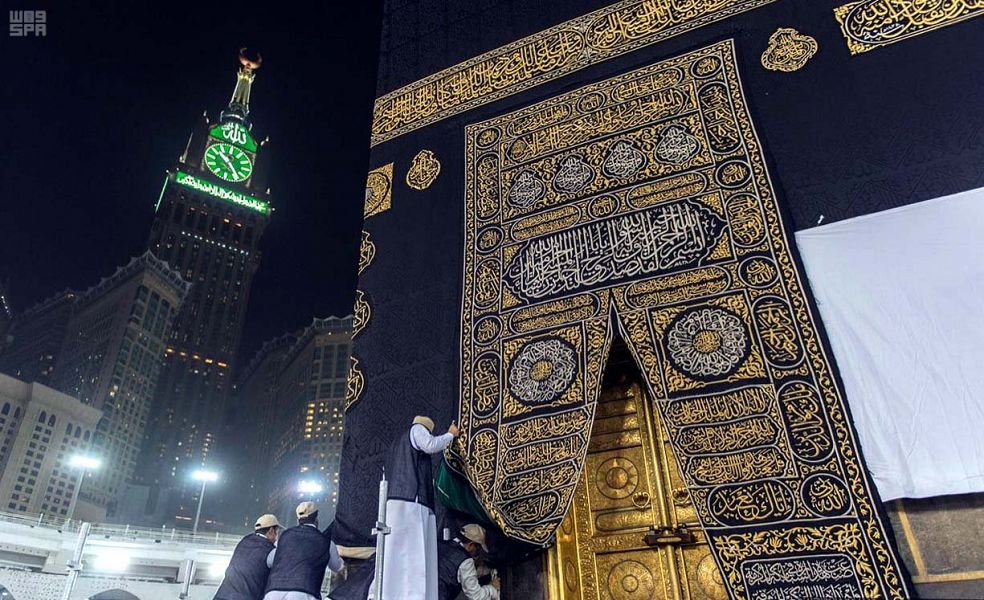