Millions of years ago, a volcano exploded around 250 kilometers away from what would later become the beautiful city of Taif. A massive crater was left behind, and it is now a popular tourist attraction called Al-Wahbah. Also called Maqla’ Ṭamiyyah, it is the largest crater in the Arabian Peninsula with a depth of 250 meters and diameter of two kilometers. Its bottom is covered with white sodium phosphate crystals. If you have an adventurous streak, we recommend you explore this moon-like volcanic crater and traverse it to view the stunning natural wonders in and around the area. 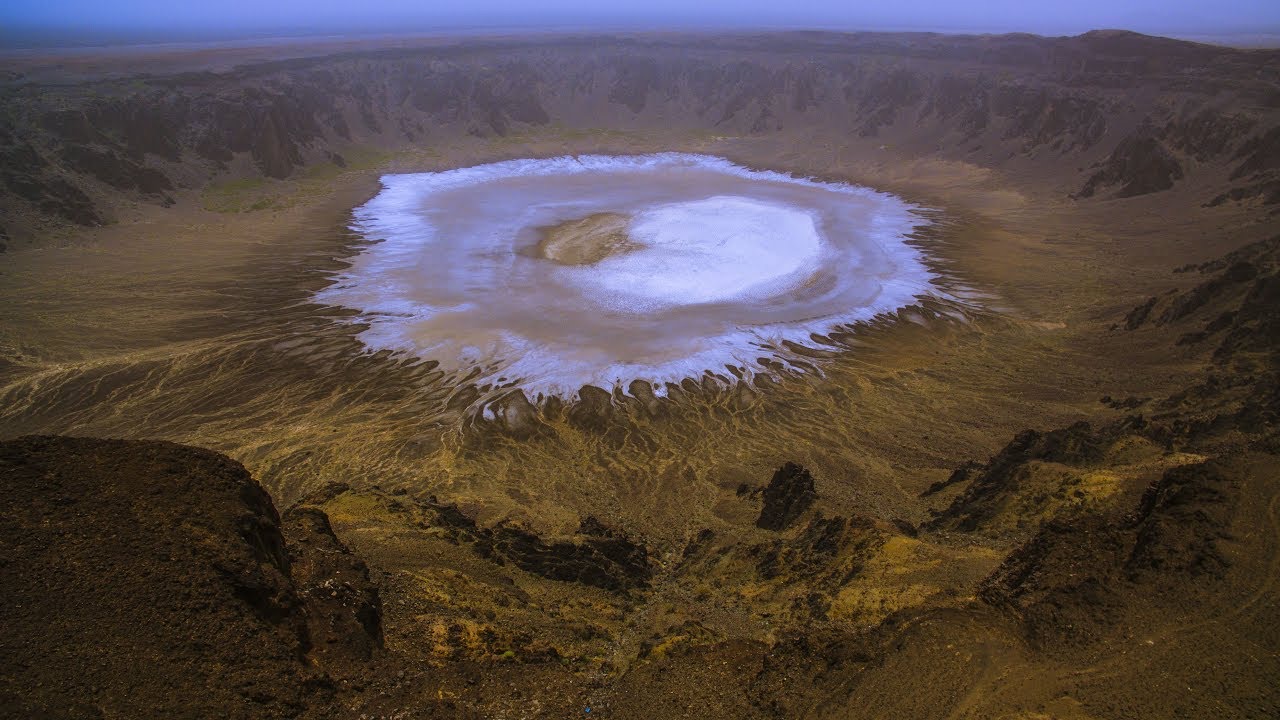 Visitors can find the site on the western edge of the Harrat Kishb basalt plateau in the western Hejaz region of Saudi Arabia. It can be accessed by traveling two hours north of Taif or four hours from Jeddah by car.

It was thought for some time that the crater was formed by a meteorite, especially as its appearance resembles that of the Barringer Crater with its circular form and high sides. However, it is now commonly accepted by geologists that the crater is a maar crater formed by volcanic activity in the form of a massive steam explosion generated by molten basaltic magma coming into contact with subterranean water. The center of the crater is a salt layer that turns into a shallow pearly lake during rainy weather, and it is surrounded by shrubs, desert grasses and palm trees along its edge.

A local myth used to explain the crater’s name tells the story of Ṭamiyyah, who fell in love with Qoton in Qassim and vowed to move closer to her lover. The crater was later called the “Maqla’ Ṭamiyyah”, an Arabic phrase meaning “taking off from its original place”. 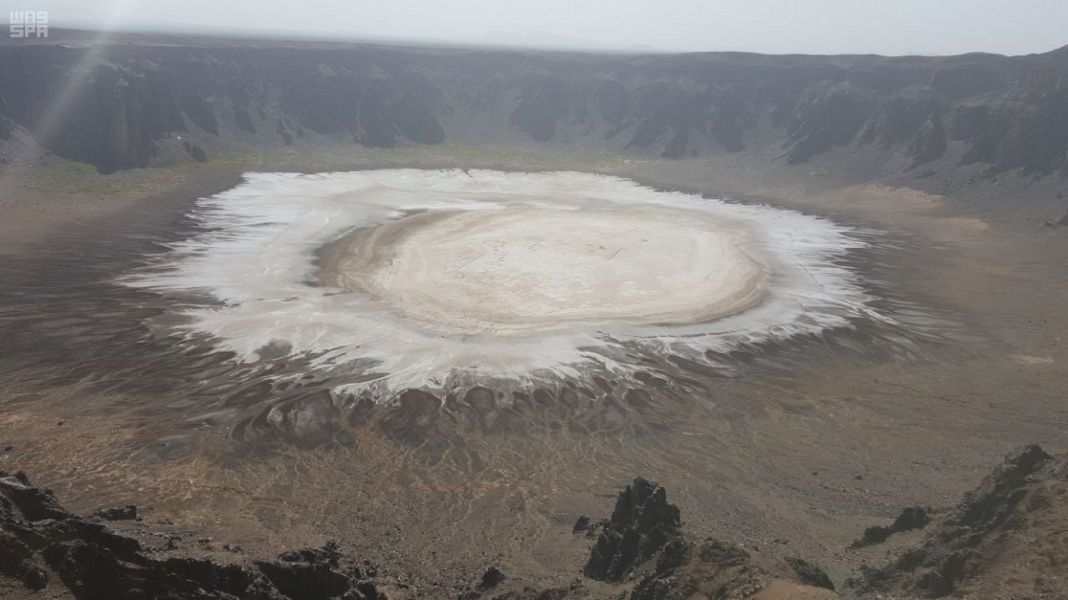 When exploring this gem, it is best to make the reasonably straightforward climb down from the rim to the bottom of the crater from the north side thanks to the path that has been built there. Paved and clearly marked roads have also made it easier to access this increasingly popular site, where it is possible to camp under the starlit sky.

When hiking down to the bottom of the crater, good climbing shoes are recommended because it can get very steep and rocky. The hike takes around 40 to 60 minutes and it is also suggested to do the climb in the early morning and/or during the cooler winter months. You can also visit the lava fields near the northern tip of the crater that are a 10-minute drive away.