Traditional musical instruments have played a major role in adding color to almost every national celebration or family event, becoming an integral part of Saudi heritage. Since the olden times, Saudi Arabian culture has been characterized by folk music and melodious songs that delight the soul and evokes spiritual passion with its upbeat rhythms. The Kingdom’s numerous local cultures have developed several musical instruments that are unique to each region’s folklore.

Join Wafy and learn about the authentic folk instruments that are famous in Saudi Arabia: 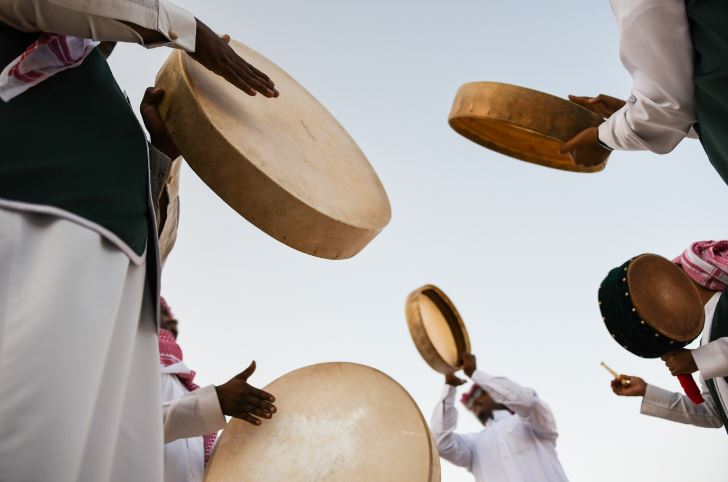 Duf is a famous rhythmic instrument that accompanies vocals. Dating back to pre-Islamic times, it is also called “Raq” after the thin skin tightened on its side. Dufs vary in shape and size, from round and square shapes to small and large sizes. 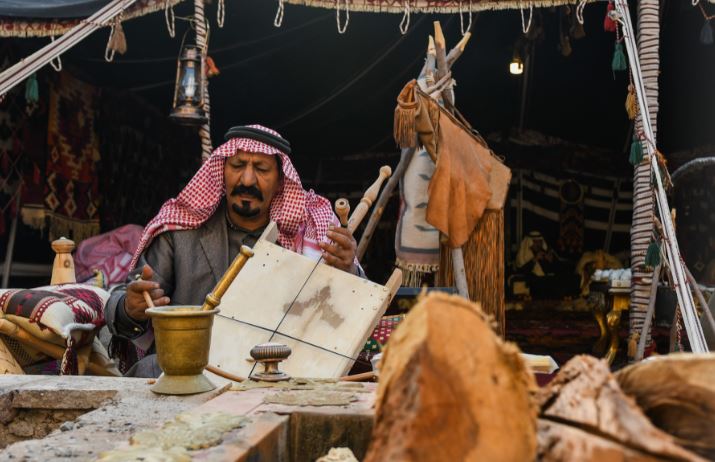 The Arabic Rebab is a bowed string instrument on which horse's hair is stretched to make the strings. It is hollow and has a melodious sound. It comes in different shapes and sizes and is often accompanied by other instruments. The Arabs, especially nomads, used to recite their poems to the sounds of the Rebab. It is made from simple materials available to Bedouins such as tree wood and goat skin. 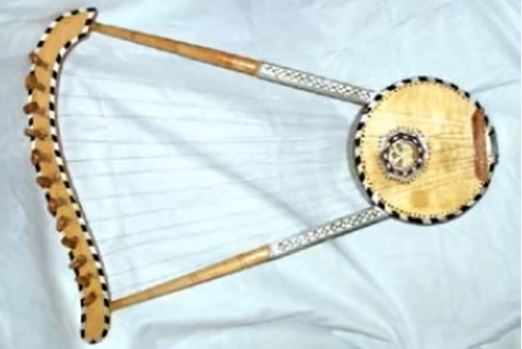 An old Hijaz plucked lyre instrument, its five strings are made from steel wire. It has been played by nomads, merchants and sailors for a long time as a social instrument. 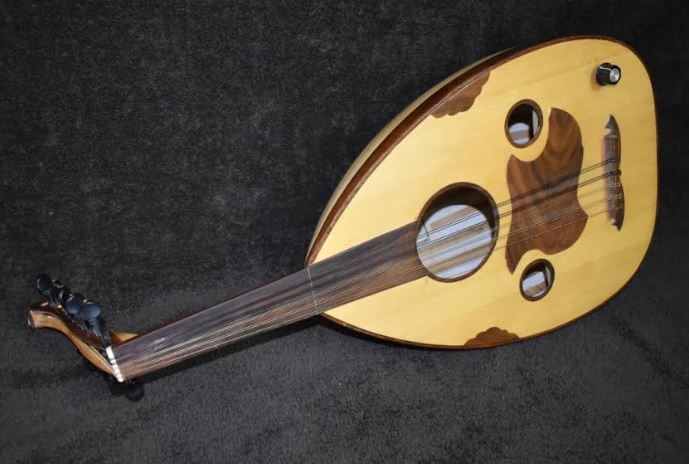 This Oriental pear-shaped string instrument plays 12 or 14 chords. Oud is an Arabic word meaning “wood”. The instrument is famous for producing strong and different sounds favored by the great composers and singers of the Arab world. Ouds are made from metal, wood and ivory and are often painted or engraved with various Islamic symbols. 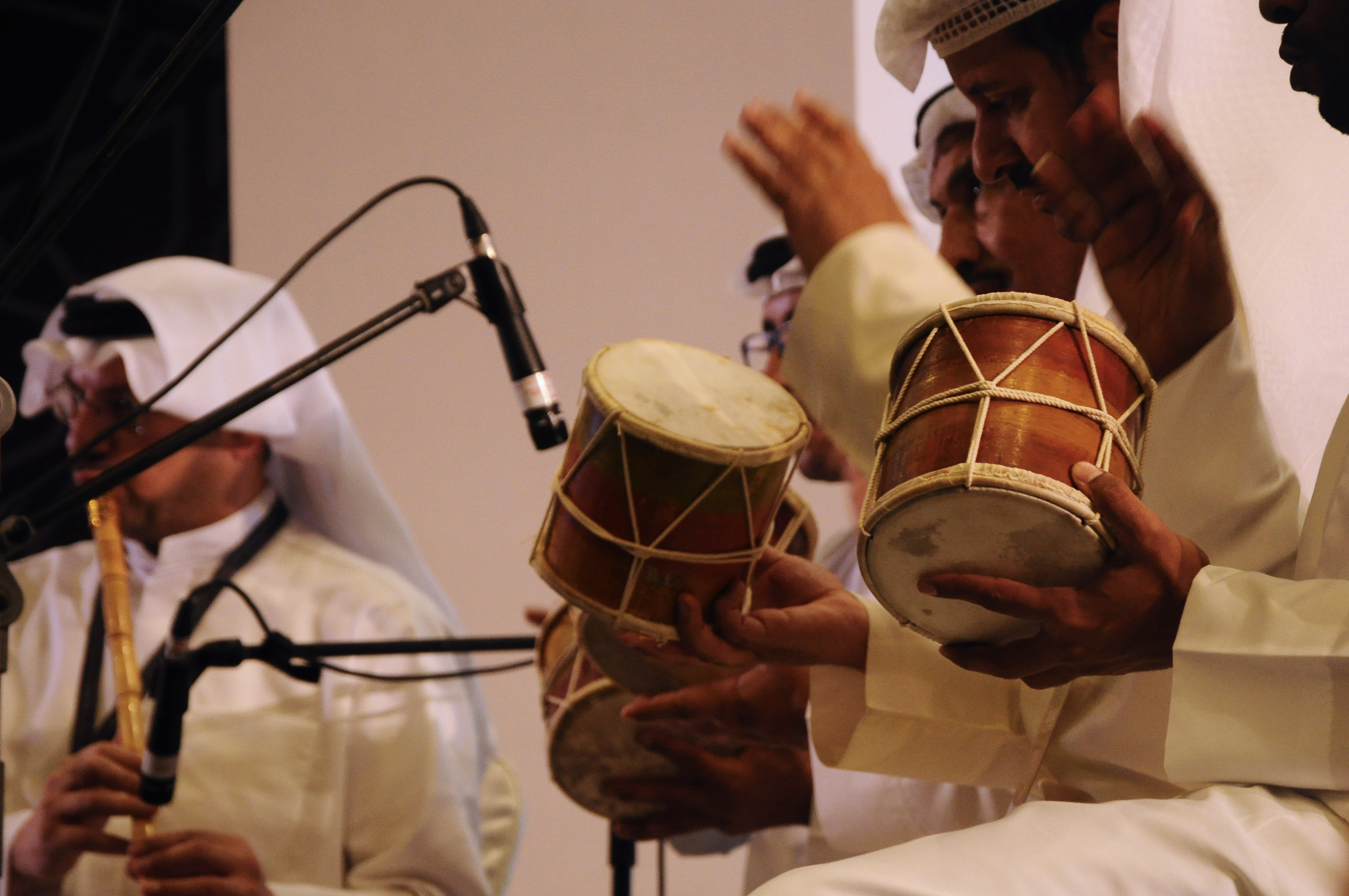 A small leather double-sided rhythmic drum consisting of a hollow wooden cylinder, Al-Ahsa residents were famous for playing Mirwas during musical nights. It is often used to perform  ancient Nabataean folklore poetry in the Najd region. 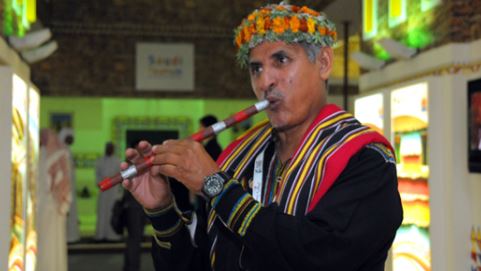 The Mizmar is an old wooden instrument still made from raw materials. Dating back to the 17th century, Mizmar is seen as the predecessor of popular instruments such as clarinets or flutes. Because of its five holes, it can play popular songs composed of only six tones.

The orchestras play the Mizmar as an accompaniment to the traditional folkloric dance called the “Mizmar dance”. The dance is usually performed by chanting songs while twirling a bamboo cane. The Hijaz Mizmar dance was included in 2016 on the UNESCO Representative List of the Intangible Cultural Heritage of Humanity as a symbol of Saudi heritage. 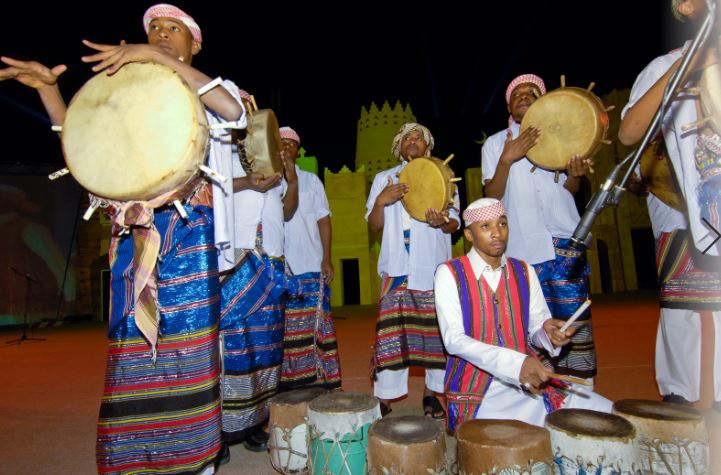 Manjur is made from goat hooves hanging on a 30 square centimeter piece of fabric and is used in the art of Tanboura and Zar. It is tied around the waist to create a rattle sound and rhythmic tones when the hooves collide with each other.